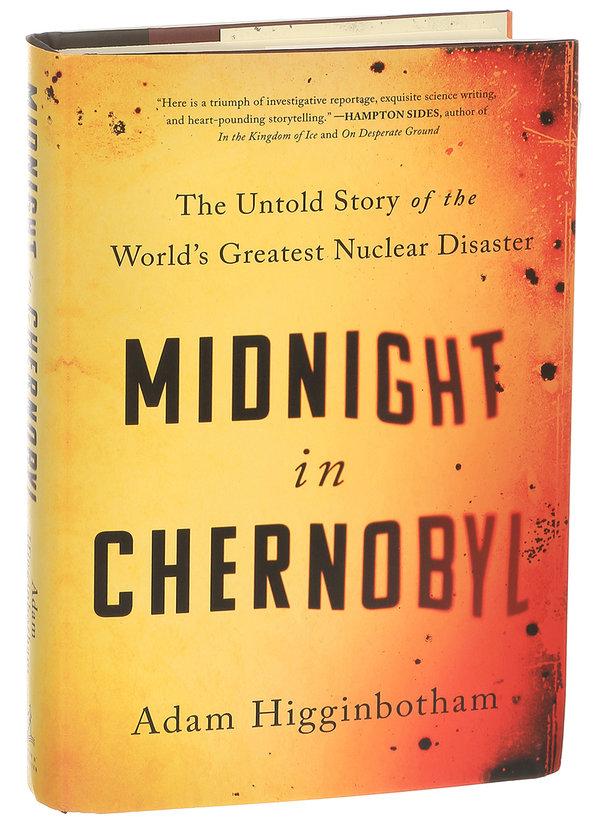 JB personal note: When (as I later found out) the Chernobyl disaster occurred, I traveled by motor car to eastern Poland (in the Chernobyl "radioactive" zone), invited to give a talk on the United States at a local organization, in my capacity as a "public diplomacy" American diplomat. I arrived at this rather obscure location earlier than expected, and to kill time I took a walk, which led me to a local cemetery, for perhaps an hour … BTW, my talk (thanks to radioactivity?) was, far beyond my expectations, not badly received.
The word “Chernobyl” has long been synonymous with the catastrophic reactor explosion of 1986 — grim shorthand for what still qualifies, more than three decades later, as the world’s worst nuclear disaster.
As infamous as it is now, it’s easy to forget that the calamity seemed to drift to international attention as if by accident. A full two days after the meltdown began in Ukraine, with winds carrying radioactive fallout into Europe, alarms went off at a nuclear power station in faraway Sweden. Only then did Soviet officials deign to release a terse statement acknowledging “an accident has taken place,” while studiously neglecting to mention the specifics of what had happened or when.
“Aid is being given to those affected,” the statement concluded. “A government commission has been set up.”
In his chilling new book, “Midnight in Chernobyl,” the journalist Adam Higginbotham shows how an almost fanatical compulsion for secrecy among the Soviet Union’s governing elite was part of what made the accident not just cataclysmic but so likely in the first place. Interviewing eyewitnesses and consulting declassified archives — an official record that was frustratingly meager when it came to certain details and, Higginbotham says, couldn’t always be trusted — he reconstructs the disaster from the ground up, recounting the prelude to it as well as its aftermath. The result is superb, enthralling and necessarily terrifying.
Higginbotham spends the first part of the book narrating a pre-disaster idyll filled with technological optimism, glowing with possibility. Named for a nearby medieval town, the Chernobyl nuclear station was built in the 1970s, intended as “the new power plant that would one day make the U.S.S.R.’s nuclear engineering famous across the globe.”
Such blithe examples of confidence show up in Higginbotham’s book like Chekhov’s gun, waiting to go off. An “atomic city” called Pripyat was erected, a mere 10-minute drive from the plant, to house the influx of nuclear scientists and support staff. In a Soviet Union beset by economic stagnation and deprivation, Pripyat was an “oasis of plenty” — “a true workers’ paradise.” Grocery shops were stocked with hard-to-find delicacies; a department store featured Austrian dining sets and French perfume.
Underneath it all, however, was the creaking foundation of a Soviet empire whose nuclear program was governed by a combination of “ruthless expedience” and a perpetual fear of humiliation. Nuclear power was pursued as an economic panacea and a source of prestige, with Politburo officials imposing preposterous timetables and equally preposterous cost-cutting measures.
Higginbotham describes young workers who were promoted swiftly to positions of terrific responsibility. In an especially glaring example of entrenched cronyism, the Communist Party elevated an ideologically copacetic [JB – see] electrical engineer to the position of deputy plant director at Chernobyl: To make up for a total lack of experience with atomic energy, he took a correspondence course in nuclear physics.
Even more egregious than some personnel decisions were the structural problems built into the plant itself. Most fateful for Chernobyl was the baffling design of a crucial safety feature: control rods that could be lowered into the reactor core to slow down the process of nuclear fission. The rods contained boron carbide, which hampered reactivity, but the Soviets decided to tip them in graphite, which facilitated reactivity; it was a bid to save energy, and therefore money, by lessening the rods’ moderating effect. Higginbotham calls it “an absurd and chilling inversion in the role of a safety device,” likening it to wiring a car so that slamming the brakes would make it accelerate.
When the book arrives at the early hours of April 26, 1986, the accident unfurls with a horrible inevitability. Weaving together the experiences of those who were there that night, Higginbotham marshals the details so meticulously that every step feels spring-loaded with tension. What started as a long overdue safety test of Chernobyl’s Reactor No. 4 slipped quickly into a full-scale meltdown. An attempted shutdown using the graphite-tipped control rods of course had the opposite effect; the core grew hotter and hotter, and the reactor started to destroy itself.
Higginbotham describes an excruciating aftermath, as Pripyat’s residents were coaxed into a “temporary” evacuation and middle-aged reservists were drafted into a haphazard cleanup process — though “cleanup” doesn’t convey the perilous, Sisyphean ordeal they faced. Soviet officials referred to the process as “liquidation,” which sounded more effective and definitive than it was.

Image from article: Adam Higginbotham Credit Peter Eavis
“Radionuclides,” Higginbotham writes, “could be neither broken down nor destroyed — only relocated, entombed or interred.” The protective gloves given to the reservists turned out to be so cumbersome that some of the men cleared radioactive debris with their bare hands. Robots, deployed in an attempt to protect vulnerable humans with supposedly hardy machines, were rendered useless, as radiation scrambled their circuitry.
The Soviet strategy of secrecy compounded with denial only made rumor-mongering worse, as some Western newspapers resorted to “unconfirmed reports” of 15,000 dead a week after the accident. Five months later, the official death toll of those directly killed by the event stood at 31, a figure that doesn’t include those who died from the effects of radiation exposure in the years that followed.
Amid so much rich reporting and scrupulous analysis, some major themes emerge. One has to do with how Chernobyl exposed the untenable fissures in the Soviet system and hastened its collapse; the accident also encouraged Mikhail Gorbachev to pursue drastic reforms with even more zeal.
Higginbotham observes that the plant was run like the Soviet state writ large — with individuals expected to carry out commands from on high with an automaton’s acquiescence. At the same time, when it came time to assess responsibility for the disaster, any collectivist fellow feeling evaporated, as the ensuing show trials insistently scapegoated a few individuals (some of them already dead) in a desperate attempt to keep a crumbling system intact.
The accident also decimated international confidence in nuclear power, and a number of countries halted their own programs — for a time, that is. Global warming has made the awesome potential of the atom a source of hope again and, according to some advocates, an urgent necessity; besides, as Higginbotham points out, nuclear power, from a statistical standpoint, is safer than the competing alternatives, including wind.
As for the remains of Chernobyl itself, they’re now situated within an “exclusion zone” of 1,000 square miles, where wildlife flourishes in what Higginbotham calls “a radioactive Eden.” Soviet obfuscation combined with the unpredictable course of radioactivity means that the true extent of the disaster may never be fully known. Joining a body of Chernobyl literature that includes work by the Nobel laureate Svetlana Alexievich and the historian Serhii Plokhy, Higginbotham’s extraordinary book is another advance in the long struggle to fill in some of the gaps, bringing much of what was hidden into the light.
Follow Jennifer Szalai on Twitter: @jenszalai.
Midnight in Chernobyl: The Untold Story of the World’s Greatest Nuclear Disaster
By Adam Higginbotham
Illustrated. 538 pages. Simon & Schuster. $29.95.
Original Article