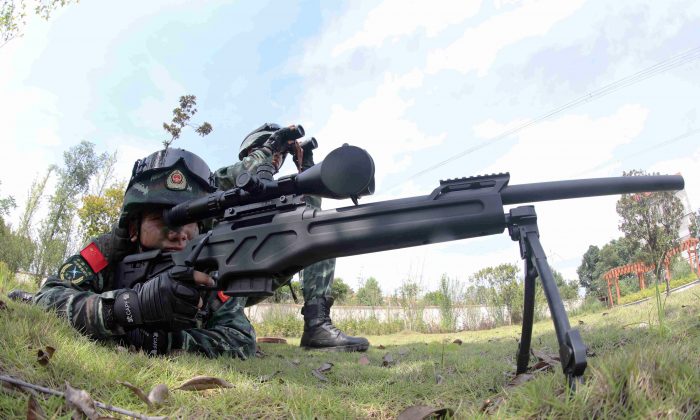 The United States must strengthen its military presence in Asia and encourage allies to join it in confronting China economically and militarily as it grows as a competitor and threat to its neighbors and U.S. security interests. This was the message from U.S. senators and China experts appearing before the Senate Foreign Relations Committee on March 13. …
Dr. Oriana Mastro, assistant professor of security studies at Georgetown University, emphasized that China, while building strength militarily, had actually devoted more effort and resources to political and economic tools. She advised “a program of institution building that will shape norms in [the United States’] favor and fill the gaps…that China has been able to exploit.”
Talent ["Former Senator Jim Talent (R-Mo.) and Commissioner of the U.S.-China Economic and Security Review Commission elaborated that the most immediate action"] that the United States could take to reassure and attract allies would be “rebuilding the armed forces to the point where we can increase our forward presence in the region…that will be a sign of our commitment that will assure them that we’re capable of deterring actual Chinese aggression.”
Senator Rob Portman (R-Ohio) raised concern about Confucius Institutes, a Chinese program that 100 US universities were partnering with but that he saw as posing a threat to academic freedom. He also noted that there were 1,000 Confucius Institutes in the United States at the K-12 level.
Talent and Mastro agreed that the Institutes were causing scholars to self-censor to retain Chinese research funding and were an example of China combining covert operations with public diplomacy [JB emphasis]. Mastro did not see a need for banning them, but advised constraints including universities insisting on their own choices of instructors and addressing the lack of reciprocity with China in not permitting similar U.S. programs. Portman noted that “as of this summer, we will have no…presence [in instructing U.S. values or history]” in China.
Sen. Ed Markey (D-Mass.) cited a report that the Chinese telecom firm Huawei had its equipment incorporated in a rural Montana network near U.S. nuclear missile installations there. Talent responded that the problem of network infiltration was only going to worsen with the advent of 5G technology, that China has “reconnoitered [our systems] through cyber.”