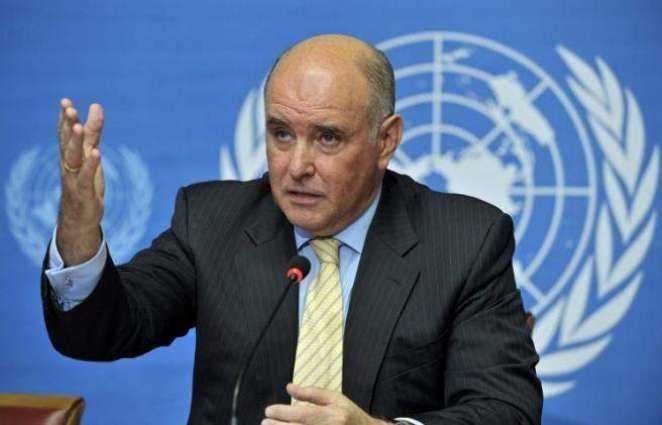 uncaptioned image from article
MOSCOW (UrduPoint News / Sputnik – 15th March, 2019) Moscow expects more respect from Belarusian Foreign Ministry spokesman Anatoly Glaz in relation to Russian Ambassador to Minsk Mikhail Babich, Russian Deputy Foreign Minister Grigory Karasin told Sputnik on Friday.
Earlier, Babich gave a big interview to Sputnik, in which he assessed the Belarusian-Russian relations and the work being carried out to determine the development paths for the Russia-Belarus Union State. In response, Glaz recommended Babich to "try to understand the specifics of the host country" and show some respect.
According to Glaz, "sometimes this style of work gives a much greater result than testing for oneself the role of an adherent of public diplomacy [JB emphasis] , which is uncharacteristic for the serious Russian diplomatic school."
"We familiarized ourselves with the reaction of the Belarusian Foreign Ministry spokesman, and I would say that we have the right to expect a more respectful attitude towards the Ambassador of the Russian Federation in Minsk," Karasin said, commenting on the situation.
Original Article