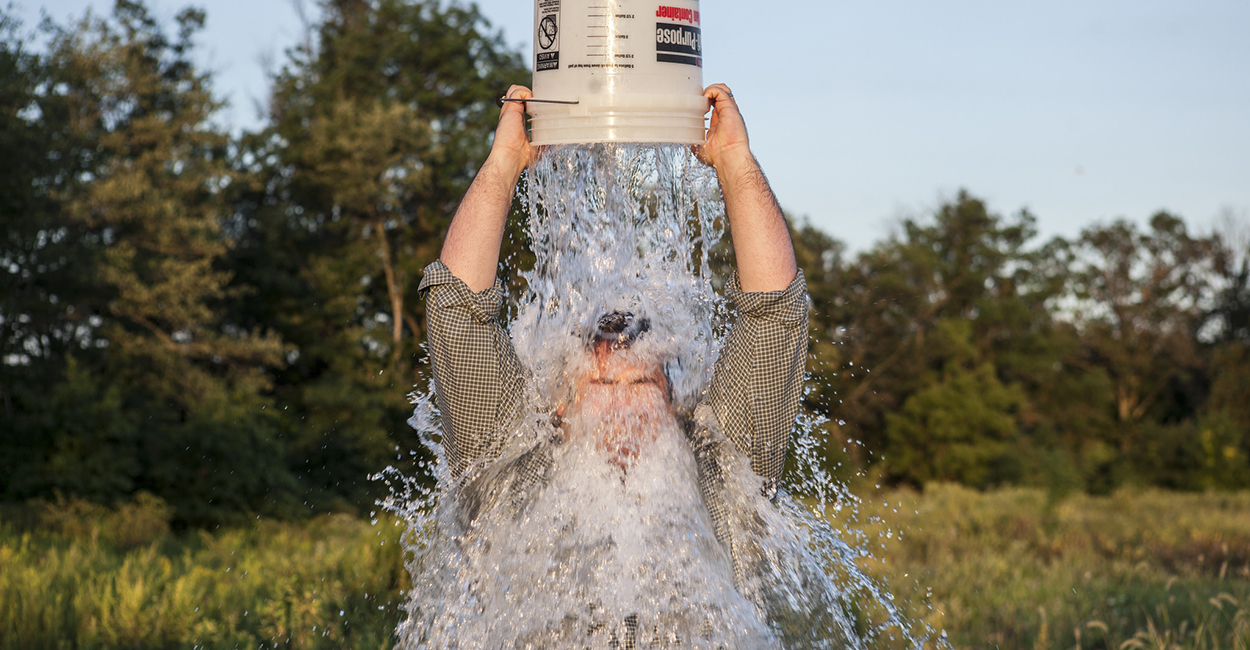 With terrorists running rampant in Iraq and Russian convoys violating Ukrainian borders, the U.S. State Department is fussing over a new unnerving threat: its own diplomats taking the “Ice Bucket challenge.”

The ice bucket challenge is this summer’s social media fad with a philanthropic twist (donations go to the ALS Foundation, which funds research to fight Lou Gehrig’s disease). Nominees who accept the challenge are doused with buckets of ice water by their friends, post the water-soaked event on line, and then have the satisfaction of nominating three other hapless friends. (People can choose to avoid the cold water by donating money, although some have both taken the dunking and donated.) It has raised tens of millions for the foundation this summer.

>>> Why Some Pro-Lifers Go Cold on ALS Ice Bucket Challenge

The problem of State Department officials getting soaked has become acute enough for State to issue a directive prohibiting dunking the dignified exemplars of our diplomatic corps. Perhaps Secretary of State John Kerry foresaw an ice-bucket challenge coming down the pike, destroying his well-known coif.

It read in part: “There are firmly established rules preventing the use of public office, such as our Ambassadors, for personal gain, no matter how worthy a cause. Thus, high-ranking State Department officials are unfortunately unable to participate in the ice bucket challenge.”

It may be a sign that U.S. diplomacy has become intertwined with social media to an uncomfortable degree that an anti-dunking directive is even necessary. What with diplomatic Twitter accounts and State Department Facebook pages, diplomacy is being conducted at hitherto unimagined levels of informality.

The Ice Bucket Challenge is, however, hardly any less dignified than former Secretary of State Madeleine Albright doing the Macarena at the United Nations with the Foreign Minister of Botswana or her successor Hillary Clinton “dancing” with South African women. And at least it is for a good cause. One thing is for sure, though: diplomacy ain’t what it used to be.

Helle C. Dale is the Heritage Foundation’s senior fellow in public diplomacy. Her work focuses on the U.S. government’s institutions and programs for strategic outreach to the public of foreign countries, as well as more traditional diplomacy. Read her research. The Not So Cold War: State Department Bans Ice Bucket Challenge for Diplomats