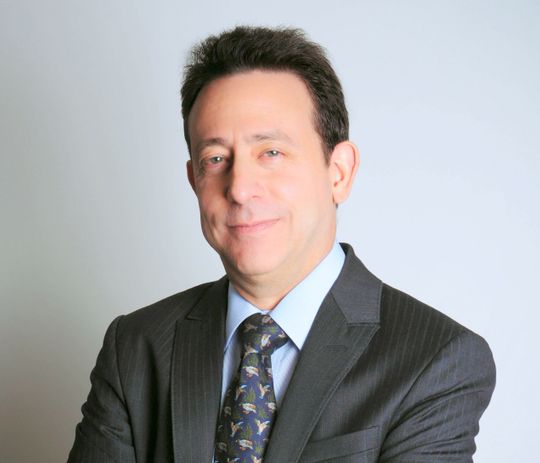 Image from article: Steve Herman, VOA White House Bureau Chief.
Steve Herman is a native Cincinnatian and attended elementary school here, but he’s traveled the world throughout his journalism career.
Now the White House bureau chief for the Voice of America in Washington, D.C., Herman will speak on “Covering the White House and the World” Wednesday, March 6, from 7 to 9 p.m. at the National Voice of America Museum in West Chester.
The free event is the first of the museum’s four-part series, “The Voice of Truth in America: Celebrating 75 Years of the VOA Bethany Station,” hosted in collaboration with the MidPointe Library System.
Herman will speak about the Voice of America today, what it’s like to cover the White House as a VOA correspondent and the VOA’s public diplomacy [JB emphasis] regarding disinformation campaigns from China and Russia.
Dayton-based law firm Sebaly, Shillito and Dyer, as well as VOA museum board member Jay Adrick, sponsor this event. RSVPs are requested by Tuesday, March 5, and can be made by emailing admin@voamuseum.org. Donations will be accepted at the door.
“Steve has covered many of the most important international stories in a generation during his career as a VOA journalist,” said Jack Dominic, VOA museum director. “It will be fascinating to hear his insights and observations on recent world events, as well as what it’s like to work at the White House.”
Herman spent more than 25 years in Asia, including years as a reporter in Tokyo and as a VOA correspondent and bureau chief in India, Korea and Thailand. He was one of the few journalists to spend time in the Fukushima I Nuclear Power Plant “hot zone” and visit the grounds of the crippled facility in April 2011 after a tsunami hit the previous month.
Herman has covered several natural disasters in Nepal and the Philippines, reported from war zones in Afghanistan and Sri Lanka and spent time in reclusive North Korea.
He has recently reported from Bangladesh, Bhutan, Maldives, Nepal and Pakistan.
Herman also served in 2016 as VOA’s senior diplomatic correspondent based at the U.S. State Department. His articles, columns and reviews have been published in numerous newspapers and magazines, including the Far Eastern Economic Review, Harvard Summer Review, Honolulu Star-Bulletin, Japan Quarterly, Japan Times, Popular Communications, Proceedings (U.S. Naval Institute), Radio World, Shukan Bunshun, Shukan Gendai, South China Morning Post and the Wall Street Journal.
The VOA is the largest U.S. international broadcaster and reaches a weekly global audience of more than 275 million people who speak 40-plus languages in nearly 100 countries. VOA programs are available on radio, television, web and mobile, and are delivered via a network of more than 3,000 media outlets worldwide.
The organization is funded by the U.S. Congress through the U.S. Agency for Global Media, an independent federal agency.
The VOA Bethany Relay Station was known for its high-powered rhombic antenna system, which transmitted VOA news to Europe and northern Africa during World War II and to South America during the Cold War to countries that lacked a free press. Bethany Station was decommissioned by the federal government in 1994 and now houses the VOA museum.
The VOA museum has planned a dozen free events this year at the iconic history museum in West Chester, including the MidPointe Library Series. The MidPointe Library System in Butler County includes branches in West Chester, Liberty Township, Middletown, Monroe and Trenton, Ohio.
Among U.S. libraries, MidPointe circulation per capita ranks 16th nationally.
For a complete museum event listing, including the “Voice of Truth in America” series, visit www.voamuseum.org. Museum opening hours are Saturdays and Sundays from 1-4 p.m. General admission is $5 for adults and $1 for children under 12.
Original Article