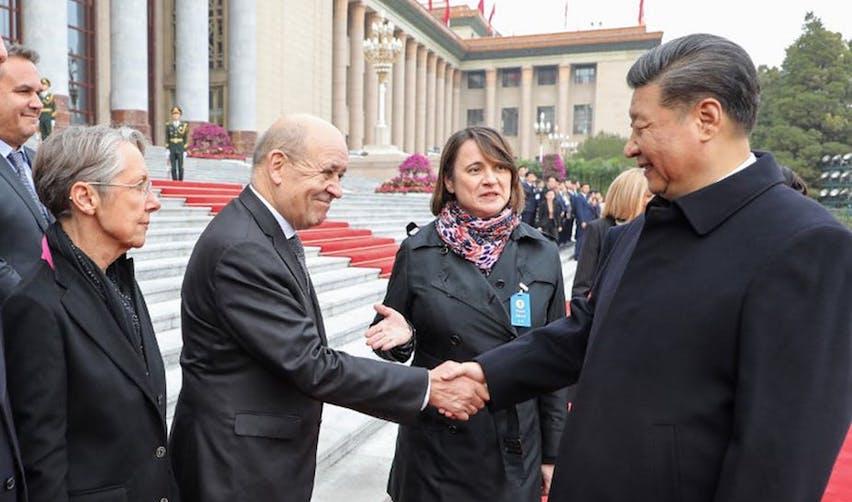 Throughout the development of the Covid-19 crisis, the People’s Republic of China (PRC) has worked strenuously to frame the story from its perspective – this wouldn’t be a replay of the SARS story in 2013. Not content with simply asserting that its system allowed it to successfully bring the coronavirus epidemic under control, China is seeking to be seen as the saviour by exporting personal protective equipment (PPE) around the world. The country is also using the crisis to promote its authoritarian model while discrediting the actions and systems of the European Union (EU) – Brussels and national capitals – in reacting to the pandemic.

At the European level, the EU’s High Representative for Foreign Affairs and Security Policy, Josep Borrell, stated that there is a “battle of narratives” going on, with China’s authoritarian model seeking to discredit the democratic narrative. Under Borrell’s responsibility, the European External Action Service (EEAS) has published three special reports dedicated to combating foreign narratives and misinformation regarding the Covid-19.

The EEAS documents demonstrated that the PRC has been actively and widely spreading “conspiracy narratives and disinformation both at public audiences in the EU and the wider neighbourhood”. There has been “coordinated influence campaign with ties to the Chinese government” on social media like Twitter – through bots and fake accounts – that disseminate pro-PRC messages.

The April 24 EEAS report originally including the statement that PRC was conducting a “global disinformation” campaign, but this was softened after pressure from the Chinese government. A May 6 op-ed by the EU ambassador to China and ambassadors of 27 EU member states to China mentioning the PRC as the virus’ origin, but this too was removed. The EEAS subsequently published a statement expressing regret that the op-ed wasn’t published in its original form. An April 28 article in Carnegie Europe noted that in the conflict with China, the EU must defend its core principles of “transparency and truthfulness”, and that self-censorship will have a high cost.

During the pandemic, France is among the EU member states that have more explicitly expressed its doubts and even dissatisfaction toward China. French President Emmanuel Macron stated, “Let’s not be so naive as to say it’s [the PRC] been much better at handling this”. He also mentioned that “intoxication” by the “stories of our partners and international competitors” should be avoided. On April 14, French foreign minister Jean-Yves Le Drian summoned the Chinese ambassador to France and expressed his “disapproval of certain recent remarks” published on the embassy’s website concerning France’s response to the Covid-19 virus.

Germany has also been more sceptical of China’s actions and assertions during the pandemic. Die Welt reported that a confidential document from Berlin’s foreign ministry indicated that “senior officials and staff at German government ministries were invited [by the Chinese Embassy in Germany] “to speak in positive terms about China’s management of the coronavirus”. The ministry recommended that all governmental departments “reject such approaches”. Die Welt also reported an anonymous statement from German intelligence officials, that “Chinese officials are pursuing an intensified information and propaganda policy with regard to the coronavirus”.

The case of Italy, one of Europe’s most severely affected member states, is more complex. In a March 10 op-ed, Maurizio Massari, Italy’s ambassador to the EU, asserted that no EU member state had positively responded to the call from the European Commission to help provide Italy with personal protective equipment. Italian foreign minister Luigi Di Maio subsequently stated that “only China responded bilaterally. Certainly, this is not a good sign of European solidarity”. As cited by the EEAS special report, a poll conducted by SWG shows that the trust of Italian citizens toward EU institutions – comparing September 2019 to January 2020 – fell from 42% to 27%. In the meantime, the positive perception of China – comparing January to March 2020 – rose from 10% to 52%. Still, former Italian communications minister Maurizio Gasparri expressed concerns and discontent about China, tweeting that PPE from China was “not as free” as donations.

The Netherlands and Spain have also been part of the story in the EU-China interactions during this pandemic because they have received PPE materials from the PRC and donations from some of its big enterprises like Huawei. Both countries have raised concerns about the quality of the equipment they received: for the Netherlands, 50% of the masks did not meeting safety standards, and 50,000 quick-testing kits received by Spain did not function correctly.

Furthermore, PPE donations from Huawei and several other big Chinese tech companies to the Netherlands also triggered concerns by some analysts: “[The] country is scheduled to hold a 5G auction in June [2020]. No decision has yet been made on the company’s participation in the Netherlands’ 5G infrastructure”. This observation depicts the potential strategy of Huawei to use the contributions of PPE to enhance the image of the enterprise and the country, particularly decreasing the security concerns toward the PRC in engaging in the 5G market of the EU.

Central and Eastern European countries (CEEC) are also compelling cases to observe. Poland was asked to arrange a call from its president, Andrzej Duda, to thank his Chinese counterpart, Xi Jinping, for the exports of PPE before the aid was to be delivered. Warsaw has also been experiencing uneasy relations with Huawei when the company’s former sales director was caught for spying for Beijing in Poland. Some observers indicated that it is reasonable to interpret Huawei’s donation to Poland might be aiming at “rehabilitating its image”. On the other hand, Czech interior minister Jan Hamacek has shown publicly his appreciation to Beijing, stating that the PRC is “the only country capable of supplying Europe with such amounts”. Beijing has also worked on the minilateral network of CEEC capitals. The website of China’s embassy in Estonia indicated that Beijing’s Foreign Ministry held a videoconference with China plus 17 EU member and candidate states on the prevention and control of Covid-19.

In the Balkan region, which had more limited interactions with the EU during pandemic, the PRC has provided some aid. These gestures have been further advertised by the Chinese state-media Xinhua. Reminders from analysts have been addressed to the EU that a certain level of assistance should be made and communication with Western Balkan countries should be enhanced. By doing so, it may prevent “foreign propaganda” from distancing these countries’ relations with the EU, especially the PRC has been conducting its “mask diplomacy”.

China’s ongoing campaign to rebuild its international image while discrediting the EU and its member states has reactivated a debate on the very nature of the country’s public diplomacy. While the country was working to promote its “soft power” before the Covid-19 pandemic, the crisis opened up a window of opportunity to circulate massive messages about China’s domestic model of governance and its international ambitions. China’s “public diplomacy” is not fundamentally different from scholars once called “propaganda”, however, and it is possible that the country’s actions and statements have been had more negative than positive effects in terms of support.

Targeting the EU has to be understood as part of PRC’s global strategy, and its message can be summarised as: the EU is highlighting its normative model of democracy but is unable to deliver efficient policies in a period of crisis, while China is. Chinese public diplomacy also pursues the objective of splitting EU member states – both from each other and within themselves – and attracting new supporters, especially among populist leaders. When such EU politicians praise China’s actions and especially its model of governance, the PRC wins a bet.

It would be a mistake to see China’s public diplomacy vis-à-vis the EU just as a short-term response to the Covid-19 crisis. Instead, it is part of a long-term strategy to consolidate the country’s power in the international system by attracting new allies. At present, China is probably the only state in the world that is both defining and implementing what scholars and practitioners call a “grand strategy”. In its interactions with China, the EU shall keep the country’s ambitions in mind and carry out a “grand strategy” of its own, working to pursue its interests and safeguard the values upon which the European Union was established. 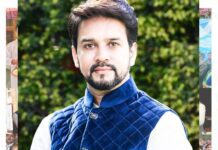 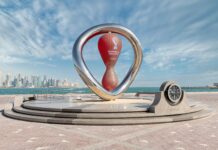 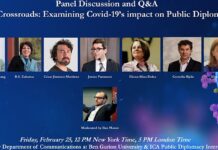 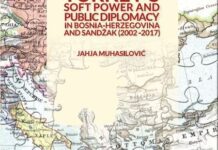