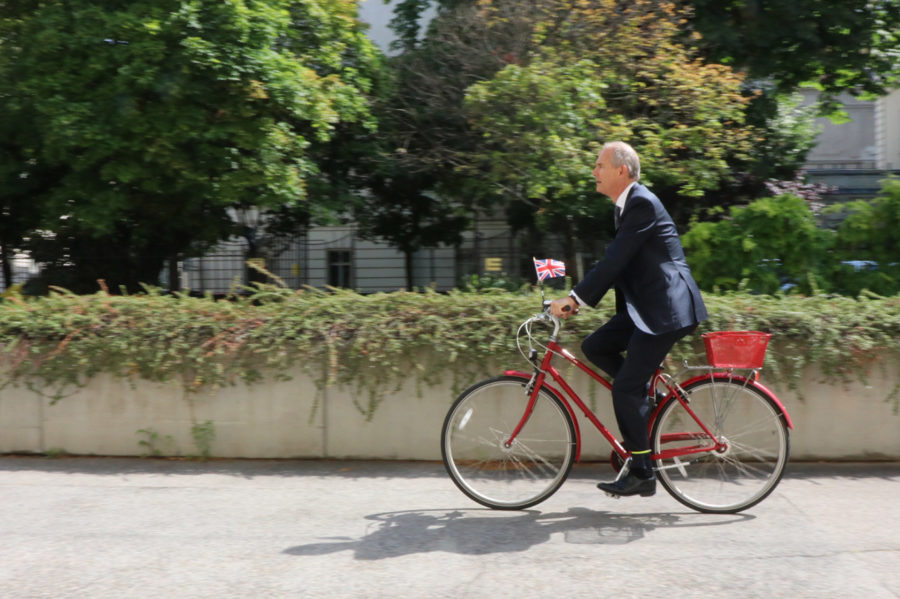 The freshly oiled crank purrs like a sewing machine. The sun has come out from behind the clouds, casting a silverish gleam on the Danube. There is a mild breeze. Hundreds of people are cycling on Vienna’s 21 kilometre-long Danube island and I am one of them. To me this is pure happiness.

Cycling is one of the most popular leisure activities worldwide. For many people it is also an efficient, healthy and green means of transport. In the UK, perhaps inspired by some remarkable elite sporting achievements (a British rider won the prestigious Tour de France in six out of the last eight years and the UK has won 19 Olympic gold medals in cycling since Beijing 2008), cycling popularity has increased steadily.

According to the British Department of Transport, around 11% of England’s adult population cycle at least once per week; and the distance covered on these bike trips has increased by 50% since 2002. Over the course of the last five years, the British government has invested around £1.1bn in cycling and walking infrastructure, aiming to boost cycling while increasing road safety for cyclists. I can still remember getting my first bike in Lesotho (shiny, black, thrilling) in 1965. As a teenager in Manchester I had a wonderful Sun racing bike, bought second-hand in 1972 for a princely £10 including an iron-hard Brooks racing saddle, which took me everywhere, whether to late night parties or on the daily 8 km each way from Camberwell to Westminster for work at a time when cycle lanes were still a distant dream. I continued to cycle in Austria 1984-87 (I was the proud owner of a Steyr Waffenrad); in Germany in the 1990s (my present bike dates from Bonn in 1998); and now in Austria. Mending a flat on the London-Brighton bike ride 1988

When I arrived in Vienna as British Ambassador I was delighted to link up with my Danish colleague and cycle to the Austrian President’s New Year’s Reception, rather than taking an official car. It has become a tradition for us now which I have kept even in rainy and snowy weather.

In order to encourage more members of Embassy staff to cycle to work engagements in the city, the Embassy has three designated British Embassy bikes – now complete with flags. As the UK is preparing to host the COP26 climate summit next year, we are keen to reduce our CO2 footprint where possible. According to a survey, 17% of British commuters have said they are more likely to cycle to work following the coronavirus pandemic. Cycling, besides its many health benefits, is also a sustainable, ultra-low-carbon form of transport.

I look forward to seeing you on my bike: on the Danube Island, in the city, or perhaps on the way to the President’s next New Year reception.