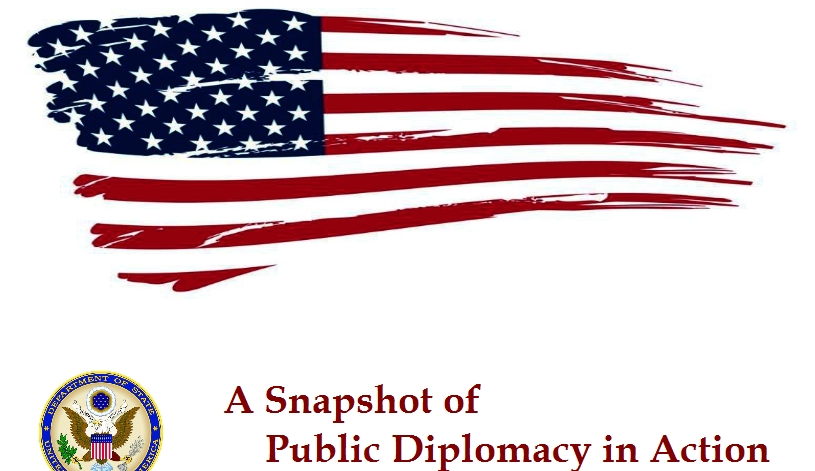 It seems that few people really know what we – Public Diplomacy Officers – do everyday. I get questions all the time from students at GW or other concerned citizens. After all, engaging and communicating with foreign publics is not really a self-explanatory descriptor for a job.

I ran into one American, in a location that I won’t name, who had no idea what the State Department did – much less as a public diplomacy officer in the Foreign Service. When I attempted to explain public diplomacy, he noted that “whatever it was”, he did not trust the USG to tell him the truth about anything, which was why he did not own a TV set. I am not sure whether this made my failure to explain any more palatable, but at least I had an excuse. And, of course, my in-laws always want to know whether public diplomacy is really a good use for their tax dollars.

So – let me set the record straight: the tax dollars are well spent. Public Diplomacy Officers in the Foreign Service work 24/7 explaining U.S. foreign policy; presenting American society and values in a positive light; listening to people who have strong opinions about our policies and engaging in dialogue with them; partnering on projects; and providing information to U.S. citizens in the event of a crisis.

Once you are a diplomat overseas – even if you are at the grocery store – you are representing your country. And, since we take our job of engaging foreign publics seriously, we constantly engage with people. We attend events. We respond to students and others who ask us about U.S. foreign policy or why Americans think freedom of expression is so important. We always answer the phone when a journalist calls – no matter how late in the day. And, due to the time difference overseas with Washington, we often work late into the night on press talking points, how/what to communicate with U.S. citizens about security, or on a problem with an exchange student.

Last week, I hosted a gathering with students and faculty at the School of Media and Public Affairs (SMPA) to open a discussion about what a Public Diplomacy Officer does every day. The answer, of course, depends on the size and budget of the Public Affairs Office – and the critical nature of our foreign policy in that country. 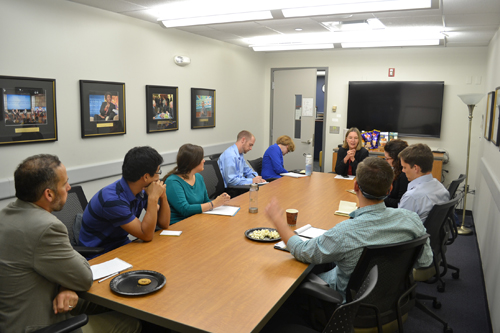 At an embassy, the Public Affairs Officer (PAO) heads the section, represents the embassy as a spokesperson and develops public diplomacy strategies for the mission. The section usually has cultural affairs officers who focus on exchanges, cultural programming and programming: press officers who analyze media, set-up press conferences, write speeches and handle press inquiries.

Some sections have specialists in English Language teaching and Information/libraries. U.S. embassies are an anomaly in the foreign affairs community overseas in that most other embassies do not have public affairs sections. Instead, they divide culture and press into two unconnected components. Or, they combine press and political affairs in one section.

So, not only is it difficult to explain to Americans what we do, as most foreign diplomats do not understand it either. And, in some parts of the world, host governments are suspicious of U.S. intentions when we say we want to engage and communicate with “their” publics. The classic task of diplomacy, in their view, is for foreign officials to interact with host government officials, not the ordinary citizen.

The synergy between the various public diplomacy functions of press, culture, information and English teaching gives the Public Affairs Office and the Department of State a wide array of tools and tactics that can be deployed either together or separately to engage with people. Annually, we formulate a strategy to further specific policy goals in a given country. Periodically throughout the year, we analyze our programs and strategies in light of changes in the local environment or goals of the U.S. Administration.

In a broad sense, everything we do communicates something about America and our foreign policy – cultural performances, workshops, lectures, press releases and one-on-one meetings. The challenge is to use these tools in such a way that they communicate what is intended and engender a constructive conversation on critical issues. In one country, the best tactic may be in-person meetings and roundtable; in others it may be a broad media campaign.

The students at SMPA posed a lot of excellent questions: what makes a good public diplomacy officer? What do I need to know to pass the Foreign Service exam? How do you measure the success or impact of your programs? And finally, what do you do in an ordinary day? In future sessions, I will bring experts from the Department of State to discuss some of these questions. This last brown bag event highlighted a schedule that started before 8 a.m. with analysis of the media and breaking news stories – and ended with a late reception or a debate over press talking points with Washington until well after 1 a.m. local time!