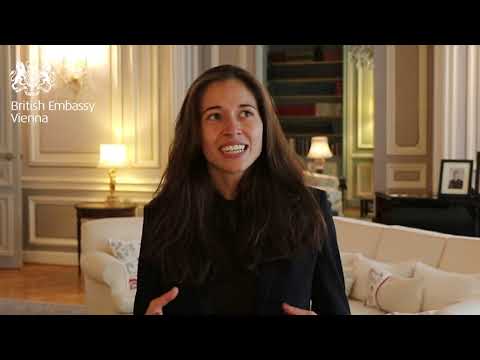 On 29 September the British Embassy Vienna invited young people from all over Austria to join a Debate Workshop. Youth from Salzburg, Upper and Lower Austria, Carinthia as well as Vienna came together, separated by appropriate “baby elephants” (Austria’s 1.5m rule) to practice their skills.

Debating is a big part of British culture. Debating societies emerged in London as early as the 18th Century and have been a staple ever since. Topics ranged from current events and governmental policy, to love and marriage. The societies welcomed participants of all genders and all social backgrounds, exemplifying the enlarged public sphere of the Age of Enlightenment.

We continue this tradition and as a topic have decided to tackle “Building Back Better”. COVID-19 has illustrated the need to prepare for and build resilience, keeping in mind that Climate Change is a challenge we need to face in parallel. We have the opportunity to learn from the pandemic, making recovery greener and enabling resilience through focused and effective adaptation.

The premise of the debate was “This house believes that the government should adapt to climate change, rather than trying to prevent it.” According to the debating rules of British Parliamentary Style, the participants split in groups and needed to find arguments whether adaptation or mitigation should be prioritised by the government. Interestingly enough, both parties stated that investing in renewable energies creates jobs and that we are uncertain what the future brings, therefore we should (not) only adapt to climate change.

I’m extremely pleased that the UK, with Italy, has been nominated to host the 26th UN Climate Change Conference in 2021, also known as COP26 in Glasgow. Climate change impacts all of us – both at a personal level and at a professional level. Young people are an important voice and a powerful catalyst for change.

We hope this Debate Workshop provided the participants with a new skill set, that they can use during personal encounters with key stakeholders or future career paths. We believe that what we have learned during the fruitful workshop by DKWien, gave us a bigger picture of understanding contradictory views and the power of a good argument.