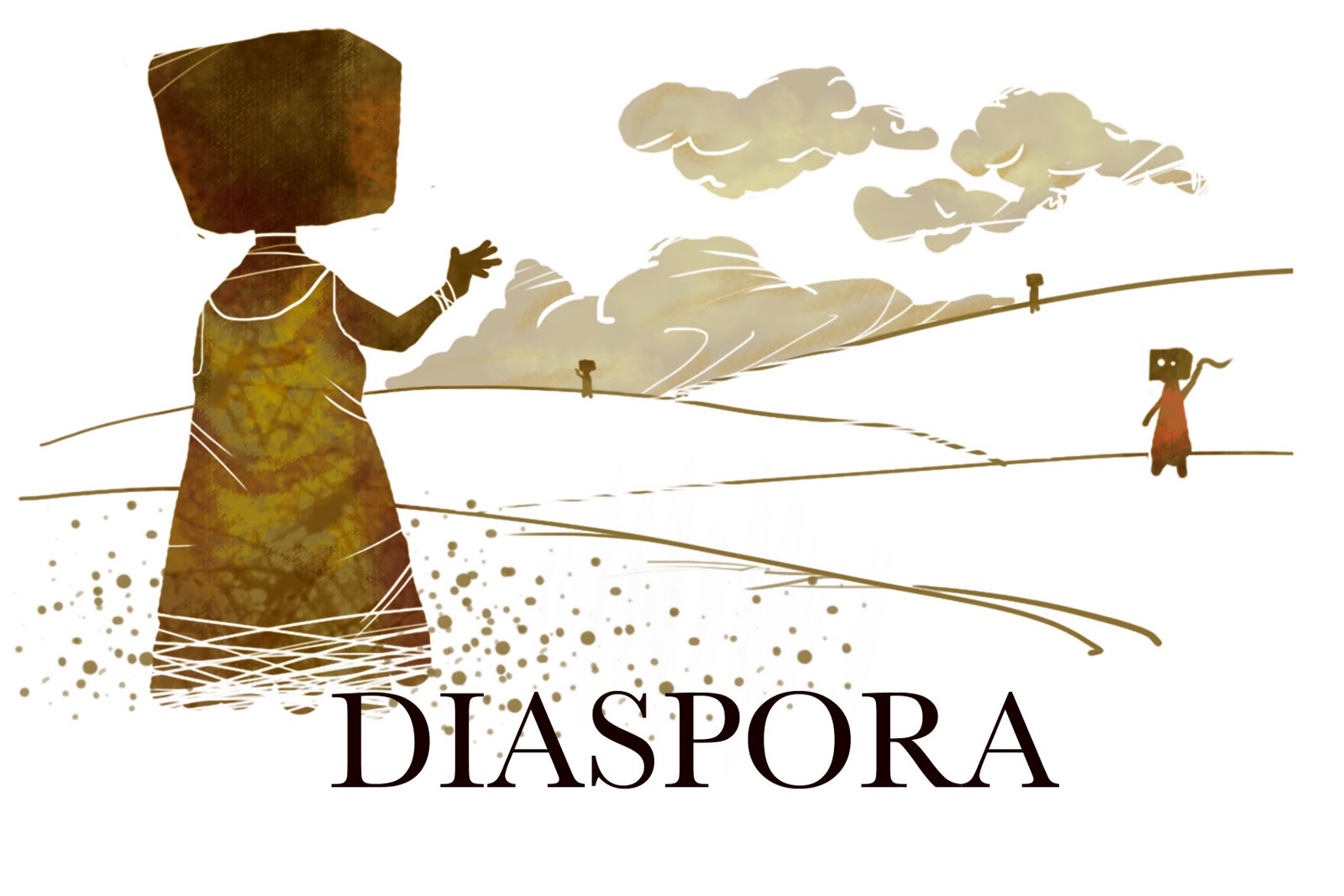 Diaspora diplomacy or the use of overseas expatriates and populations in the pursuit of diplomatic agendas is of long-standing, but possibly understudied. It has come up frequently when I have been teaching students in the Diplomatic Academy in Yerevan. The Armenian diasporas are an important part of Armenia’s diplomacy. It is undoubtedly true that diasporas can form very important lobby groups and can have access and relationships with political leaders that diplomats cannot. However, not all diasporas are willing to play the role. Those diasporas who are in effect exiles from the existing or previous regimes may be suspicious of diplomats and their intentions, whether approached face-to-face or online, and may resent being manipulated to advanced government agendas. This has, to some extent, been the experience of Chinese embassies with the Chinese diaspora in south-east Asia. Even when these problems do not exist, and the diaspora is willing to collaborate with the Diplomatic strategy of its home government, diaspora diplomacy can still prove to be a double-edged sword. Diasporas may not always do what they are told, or, when they do, go beyond the intentions or limits of the diplomatic strategy the government is trying to implement. A major problem with Diasporas is that they do not have to live with the consequences of their own actions. I will look at diaspora diplomacy in three areas where I have some personal experience: the relationship of Irish-Americans to the Northern Ireland a problem; the role of the expatriate Basque community in seeking recognition for the Basque country; and the role of the Armenian diaspora both in supporting Republic of Armenia and in seeking recognition of the Armenian genocide.

The Irish American community was (and remains) an important influence on events in both Northern Ireland and the Republic. At the more extreme level, their efforts to raise money and provide arms were an important logistical resource of the provisional IRA. But even more moderate Irish American lobbies could cause problems for the governments of both the United Kingdom and the Republic of Ireland. An example is the McBride legislation. This legislation sought to prohibit American companies from investing in any corporation or company in Northern Ireland that did not employ at least 50% Catholics. Given the larger Protestant population in Northern Ireland at the time, this would have prevented Americans from investing in most Northern Ireland companies. Both the British and Irish governments opposed the legislation, believing that it would only cause more economic problems in the province leading to a worsening of the security situation. Lobbying by both governments was able to prevent the McBride legislation being adopted by the US Congress. It was however adopted by several US states and cities. This meant that, in effect, no American company who wanted contracts from the state or city could do business in Northern Ireland. This reflected a common problem with Diasporas: they often live in a romanticised version of the past, rather than the present. For Irish-Americans the Northern Ireland troubles were all about the struggle against the English and payback for the Irish famine. The reality on the ground was a brutal terrorist campaign in which most of victims were the Irishman. That said, it must be admitted that post 911 the Irish American community played an important role in convincing the provisional IRA to abandon violence (perhaps because they finally understood what it meant).

The Basque Country offers an interesting example of how a diaspora can work in favour of a state that has not been recognised. The Basque Nationalist party makes no secret of it aspiration to independent statehood. However, it has stopped short of an open confrontation with the Spanish government, unlike the Catalans. The Basque diaspora originates partly from immigration, particularly to Latin America, in the 19th century, but also of Basques fleeing from the repression of the Franco regime following the Civil War. The more recent diaspora, therefore, is more politicised. Since the restoration of democracy in 1976 and the creation of an autonomous Basque government, this government has repeatedly made use of the Basque diaspora to argue its case abroad. Basque expatriates, particularly in Latin American countries but also in some US states, have lobbied powerfully for recognition of the status of the Basque country and for access for Basque presidents to senior politicians. They have had considerable success. Successive presidents of the Basque country have been received at head of state level in some Latin American countries, and by state governors in the US. Elsewhere, lobbying by the Spanish government has limited the reception of Basque politicians (including the President, or Lehendakari) to junior minister level at best. This would appear to be an example of successful use of a diaspora. However, it has had a distorting effect on Basque external policy. This has tended to focus on those countries where the Basque diaspora is most influential, and where the President of the Basque Country or other Basque politicians can therefore expect the best and highest level reception. Yet these countries may not always be those most relevant to the Basque Country’s future economic and social development. Basque external strategy therefore tends to be driven by the geographical distribution of the Basque diaspora rather than the reality of Basque interests.

The Armenian diaspora show what happens when the objectives and priorities of the diaspora do not necessarily coincide with those of their country. The Armenian diaspora, especially in France and the United States, has been a powerful advocate and support for the Diplomatic strategies of the Armenian government. It has produced financial and human resources which have enabled Armenia to retain control of the disputed territory of Nagorno-Karabakh and reconstruct war damage there. But it’s overwhelming priority is to secure international recognition that Turkey committed genocide against the Armenians in 1915. This priority reflects the origins of many of the diaspora families in the flight from this genocide. The diaspora had campaigned with considerable success to secure this recognition. Despite the best efforts by Turkish diplomats, the French National Assembly, the US Congress and, most recently, the German Bundestag have recognised the genocide. While the genocide and its recognition remain important issues for all Armenians, including the Armenian government, it is not necessarily the main priority at any given moment. From a security point of view, Armenia needs to retain control over Nagorno-Karabakh despite the build up of weapons which Azerbaijan has been able to finance with oil money. The Armenian diaspora has been far less successful in convincing international opinion of the justice of Armenia’s occupation of Nagorno Karabakh (possibly because it is of less interest to them?). Equally crucially, the Armenian government needs to strengthen the economy which suffers from having two borders closed (with Turkey and Azerbaijan) and one complicated by the conflict on the Russian-Georgian border (with Georgia). In practice, Armenians only fully open border, through which the vast majority of its trade must be channelled, is that with Iran. A major priority of the Armenian government, therefore, has been to persuade Turkey to open its border with Armenia. To that end, the Armenian President invited his Turkish counterpart to a game of football between the two national sides in 2008. The negotiations that followed seemed to be leading towards an opening of the border as a goodwill gesture (to the extent that Azerbaijan was becoming deeply concerned). At precisely this moment, the campaign of the Armenian diaspora in France on the genocide reached its high point, with the National Assembly formally recognizing it. The Armenian diaspora in France, of course, do not have to live with the economic consequences of the border remaining closed. It pushed this through without any consideration as to what was happening in terms of Armenian Turkish relations. The upshot was that the Turks immediately broke off negotiations and the border remains closed

These examples demonstrate that although diasporas can be very powerful tool in advancing a country’s diplomatic strategy, they can be double edged weapons. Their agendas are not always exactly the same as those of their home governments, and they do not need to live with the consequences of their actions. In both the Irish-American and Armenian cases we have seen that the diasporas adopt more extreme and less flexible positions than their compatriots still living at home. This has also been seen in the Yugoslav conflict where the most extreme Croatian paramilitary leaders, for example, were returnees from the Croatian diaspora abroad. Diasporas can also damage the reputation of a country, and thus the effectiveness of its diplomacy. The heavy involvement of Kosovar exiles in drugs and crime in North East London in the 1990s greatly reduced the influence that then Kosovar leader Rugova had with British diplomats. Diplomats should take account of their overseas compatriots when evolving their strategies to promote national interests and global agendas. They are another, and potentially important, element in the diplomatic toolbox. But diplomats should beware trying to manipulate them, or being manipulated by them. As the examples show, the diaspora tail can frequently wag the diplomatic dog.