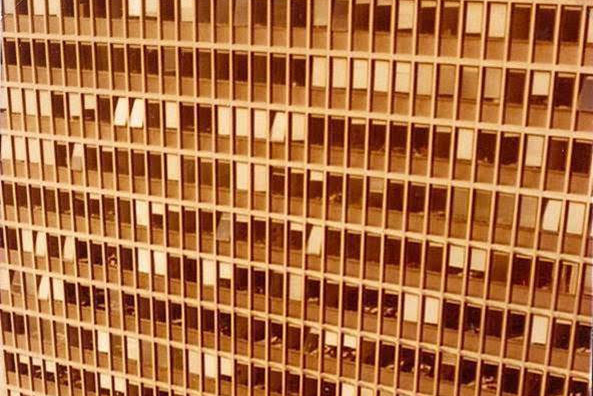 I’m delivering an online apprenticeship talk to staff in Vienna when someone asks me if I’ve thought of summarising everything I’ve learned in my 41-year career. ‘No,’ I say. They urge me to think again.

So here is the first of several blogs seeking to distil a few lessons. Comments welcome.

My first day in the civil service was 3 October 1979. I approached the doorman at No.2 Marsham Street, the long-since-demolished HQ of the since-much-reorganised Departments of the Environment and Transport (DOE), with foreboding.

‘You’ve come to the wrong building,’ the doorman said. ‘PMT is in Lambeth Bridge House.’

I trudged across Lambeth Bridge to a grim red 1940s office block – also since demolished – once described by architectural historian Nikolaus Pevsner as “brick, utilitarian and indifferent”1. Inside, the corridors grew narrower and gloomier.

I was beginning to have doubts about my career choice2.

At last I found a door labelled “Personnel, Management and Training Department”. I knocked, tentatively, and opened the door to find two women, half-hidden in a fug of cigarette smoke. Their cheerful welcome transformed my perceptions of my new job from dismal to optimistic in an instant.

In the following four years I had four jobs:

– Department of Transport: policy responsibility for UK freight transport, including helping to take through parliament a bill “denationalising”3 the National Freight Corporation, a state-owned trucking business. I shared an office on the 17th floor of the building with my boss, and would pass him my policy efforts, in longhand, across the desk. I would then watch, at length, as he improved them;

– Property Services Agency: based in Rheindahlen, Germany, dealing with property of the British Army of the Rhine and Royal Air Force in West Germany and Berlin. We used to joke that the “Joint HQ” where we worked would be the first target of any Soviet military attack;

– Department of the Environment: policy responsibility for security of tenure in UK rental accommodation, including the introduction of the “assured tenancy” – still a common form of tenancy today;

If I were to draw one lesson from these four years, it would be that the relationship between subject matter and fascinating work is neither obvious nor easy to predict. The work in London was amongst the most fascinating of my career. Highlights included: supporting ministers in the “officials box” in parliamentary debates on denationalisation and the Rent Acts; writing notes on clauses for draft legislation; travelling and sleeping in the cab of a long-distance haulier for a journey from Lincoln to Clermont-Ferrand and back; inspecting hardened aircraft shelters in Germany and travelling through Checkpoint Charlie; and visiting houseboat and mobile home residents subject to particular forms of security of tenure. I learned about politics, economics and getting stuff done. Subsequent jobs in the Foreign, Commonwealth and Development Office have also been terrific; but none conspicuously more challenging, interesting or educational. If you are choosing a career path, do not assume that something that appears “glamorous” will be the most satisfying.

In every job I had inspiring colleagues, who became mentors and friends. I remember my first Under Secretary in the Department of Transport, Giles Hopkinson, who in 1980 chaired a meeting that tore to shreds my paper on “How to improve transport links in the South East of England” (I recommended building an orbital motorway around London) with such charm that I felt honoured by the experience. My colleagues in the DOE and HMT were second to none – including the two women in the personnel department on the first day who rescued my career.

1 I did not learn until 2020 that it was from Lambeth Bridge House that, 29 years earlier, a Mr J D Fraser of the Ministry of Works had overseen the reconstruction of the British residence in Vienna.

2 The word “choice” is an exaggeration. People who turned me down included Thomas Cook, British Airways and J Walter Thompson.

3 The word “privatisation” had not yet been invented.