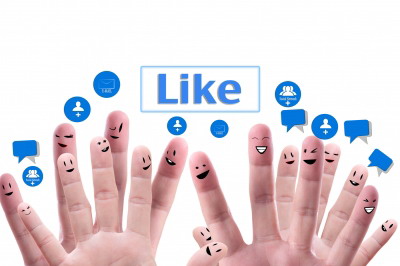 Editor’s note: Mobile World Congress is the world’s largest mobile phone trade show looking at the current state of mobile and where it might go next. Watch CNN International’s coverage live from Barcelona on 24 February to 28 February. Get the latest live updates from the event on CNN’s liveblog.

Barcelona (CNN) — Facebook is helping to roll out a pilot online education program in Rwanda, as part of its pitch to bring internet to the unconnected world.

Dubbed SocialEDU, the new initiative was revealed at Mobile World Congress in Barcelona Monday and comes the same day as the social media giant’s founder Mark Zuckerberg gives a keynote speech at the event.

As part of the SocialEDU pilot program, EdX will work with Facebook to create an educational app to provide localized education. This Facebook integrated app is being released under the umbrella of Internet.org, the partnership between Facebook and mobile companies to bring internet to those without access.

The deal, which will initially be offered to university students, has been done in partnership with telecommunications giant Airtel, which is providing free educational data for a year to those who sign up and Nokia, which is offering discounted smartphones to those participating.

The Rwanda government is also set to expand its free wifi in campuses and will adapt edX course materials locally. SocialEDU students will receive access to education from universities such as Harvard, MIT, Berkeley and others. The program allows users to interact with each other and with teachers.

Facebook’s Chris Weasler, director of global connectivity, said the partnerships were able to “create a new type of educational experience that’s affordable and social.” It is hoped the pilot, if successful, will be expanded beyond Rwanda.

The deal is revealed as focus at the huge mobile trade fair turns to Zuckerberg, who is making his first appearance at the event and is due to take the stage at 1800 CET/1300 ET. The famously reticent speaker’s appearance at the congress is being seen as a signal Facebook is set to put mobile first — as witnessed by the $19 billion purchase of WhatsApp, a mobile messaging service, last week.

Facebook paid 19 times more for WhatsApp than it did for Instagram, despite the app’s low profile in the United States.

Zuckerberg said WhatsApp would continue to operate independently of Facebook, saying at the time: “The product roadmap will remain unchanged and the team is going to stay in Mountain View,” the suburban California city where it’s based.

Days after the deal, WhatsApp suffered an outage, going down for more than three hours on Saturday. On Monday Zuckerberg is expected to face embarrassing questions over the glitch.