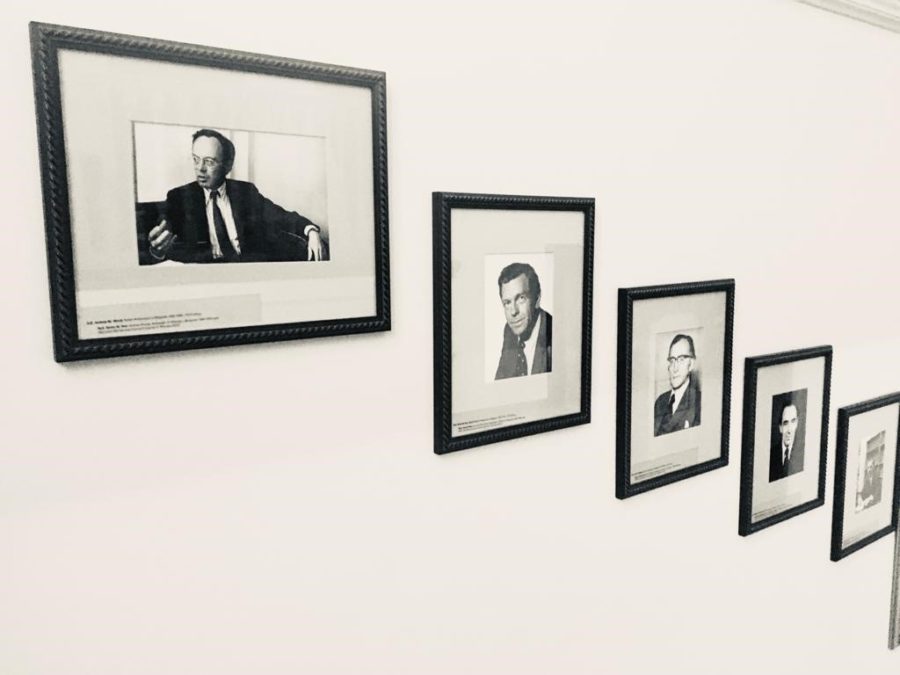 When I walk up the stairs to my office in the Embassy I pass a series of painted portraits and photographs of former heads of the UK’s diplomatic mission in Belgrade.

Over the years our diplomatic mission has had different names and a different status. It has been a Legation, a Consulate General and, as now, a British Embassy.

The portraits start with George Hodges who arrived by boat across the Danube in 1837. They continue, with some gaps, up to my predecessor Denis Keefe who left Belgrade last year.

There is one very obvious difference between me and all the diplomats in the portraits: they are all men.

I am the UK’s first woman ambassador in Belgrade – though this Embassy has the proud distinction of having been the first posting of one of the UK’s very first women diplomats, Cicely Mayhew, back in 1947.

Once I started learning more about the people behind the images hanging on the wall I realised that there were a lot of other differences that show how much our diplomatic service has changed over recent years.

As far as I can tell ambassadors in the olden days tried to choose their postings by telling the Foreign Secretary, the head of the diplomatic service – or even the King or Queen – where they wanted to serve.

The results could be mixed. A request for Paris might lead to Sofia; a request for Moscow to Belgrade – or vice versa. And so on.

There was none of the open competition for ambassadorial posts that we are accustomed to these days in our modern British diplomatic service.

Before coming to Belgrade, I had been Ambassador in Prague and to the Organization for Security and Cooperation in Europe, based in Vienna. Before becoming an ambassador I had also worked in our embassies in Moscow, Vilnius and The Hague.

Incidentally all my 21st century predecessors in Belgrade (Charles Crawford, David Gowan, Stephen Wordsworth, Michael Davenport and Denis Keefe) had like me also served in Moscow and other countries where slavic languages are spoken.

But the biographies of earlier years show a varied range of experience from around the globe.

For some it was the end of a distinguished career – for others a stepping stone to one of our largest embassies.

Several of our twentieth century ambassadors in Belgrade – like Sir Andrew Wood – went on to be Ambassador in Moscow.

Many of these distinguished gentlemen on the wall had titles. Quite a few came from well connected families who lived in grand country house estates.

In the olden days, by which I mean up until after the Second World War, when British ambassadors started to be paid properly for their work and the cost of running an embassy, the upper ranks of the British Diplomatic Service were open only to those who had their own financial resources – ‘private means’ as we say.

Even then funding an embassy out of your own pocket in return for the prestige of being an ambassador must sometimes have been ruinously expensive.

Money aside, most of my predecessor – with a few notable exceptions arrived in diplomacy via the grander British public schools and our great universities of Oxford and Cambridge.

Like many of my contemporaries in Her Majesty’s Diplomatic Service, I don’t come from a traditional diplomatic background. I went to local state schools and from the age of 16 I trained to be a classical musician.

I joined the Foreign and Commonwealth Office, and became a British diplomat, pretty much by accident in my mid twenties.

My background is certainly unusual. But I am not unique in not having a traditional diplomatic background. I am part of a much wider change in British diplomacy over the past few years.

Nearly all our senior diplomatic posts overseas have now been, or are currently held by women. That’s 141 out of 179 Heads of British diplomatic missions.

This change has taken too long coming – and we still have more to do to be fully representative of the modern United Kingdom. But my arrival in Belgrade, as the first woman to head the British diplomatic presence after nearly 200 years is a very visible sign of change.

I like seeing the portraits on the wall though. Each of the people in them has their own interesting story. Seeing them everyday is not only a reminder of past history but also helps me as a present day diplomat keep a sense of perspective on our place in the present.

Whatever the differences in personalities, experience and environment, I am sure that we all have two things in common: great professional pride as career diplomats in representing the United Kingdom here in Belgrade and immense curiosity to learn more about the people and country around us.

When I eventually leave Belgrade in a few years’ time, I will be happy to join this particular hall of fame – or ‘rogues’ gallery’ as we sometimes affectionately call these historic displays.

In meantime, in some of my blogcasts I am going to share stories written by, or about, some of the British diplomats who served in Belgrade before me.

I hope you will enjoy some of these glimpses into the human side of the history of diplomacy as much as I do.