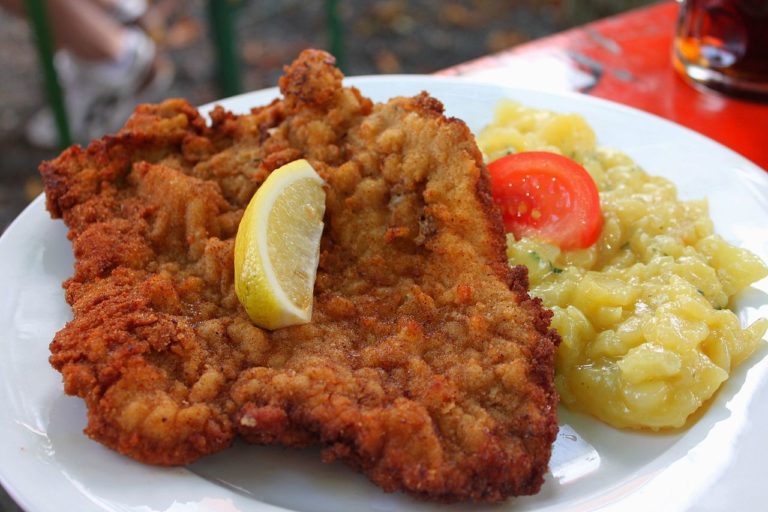 ‘You were a diplomat in Vienna in the ‘80s?’ My interlocutor scans me, perhaps wondering why I am still working, or alive. ‘It must have changed so much!’

Oscar Wilde famously said “Comparisons are odious”. I often cite him when asked which of my diplomatic postings I have preferred out of Vienna, Moscow, Berlin, Kyiv and Istanbul. But Vienna has evolved since 1984-87, when I served here as second secretary press and political.

(i) Vienna used to be so grey and dull, didn’t it? Young Viennese are convinced their city was “awful in the ‘80s”. But when I arrived in 1984, people told me how awful if had been in the ‘70s, or the ‘60s. I experienced an exciting city. The “Bermuda Triangle” of bars and restaurants in the First District, famous for being hard to find your way out of, was booming. “Austropop” was reaching its peak – Falco’s Rock Me Amadeus topped the UK and US charts in 1986. Viennese had a knack for having fun, as they still do; and police tended to turn up at 10 p.m. to close down boisterous parties – as they still do (tip: never grab a policeman’s walkie-talkie and say “beam me up Scottie”). You can apply to me personally for tips on the noisiest* late-night party games performed in Vienna in the 1980s (*see music playlist below). Grey and dull it wasn’t.

(ii) but isn’t Vienna so international now? Vienna already felt international in the 1980s. The Vienna International Centre, or VIC, had opened in 1979 to make Vienna the 3rd UN City after New York and Geneva, bringing diplomats from around the world. Vienna had terrific Balkan, Iranian, Turkish and Korean cuisine (my favourite restaurant was a Korean place where you grilled your own meat, sadly long gone). Non-Austrians used to complain that 95% of restaurants had near-identical menus. But that, arguably, remains the case; and wise visitors observe that the dishes on those menus are reliably tasty (Schnitzel, anyone?) Back in the 1980s Austrians, and Viennese in particular, used to regard the rest of the world with a kind of amused condescension. I leave it to Austrians to decide whether that is still true!

(iii) at least the shops are open longer! Back in the ‘80s, the short opening hours of supermarkets, including closing at noon on Saturdays, used to drive me insane. When was a working person supposed to buy food? Returning in 2016, I find things have improved; and transport hubs such as Wien Mitte or Hauptbahnhof have supermarkets you can visit even on a Sunday. But many shops in cities, and most in small towns, still close at lunchtime on Saturday; and nearly all remain closed on Sundays. Most Austrians seem happy with that.

(iv) people used to be so miserable in Vienna. This is a tricky one. I have had various exchanges, since I returned to Austria in 2016, with people who allege that Viennese waiters, public transport drivers or passers-by are not conspicuously friendly, and that “granteln” (grumbling) is a national sport. Viennese are proud of “Wiener Schmäh”, defined by one cabaret artist as “uniting charm and a certain kind of unfriendliness that are normally incompatible”. Vienna’s expat magazine Metropole discussed the issue last year. Conversely, I am often impressed by the way bus and tram drivers in Vienna will wait for a last-minute passenger, often myself – not always the case in some British cities.

(v) politics used to be scandal-ridden. Another tricky one. When I was here from 1984-87 Austria experienced the Weinskandal; the Lucona Affair; the Waldheim affair; problems with Abfangjäger (interceptor aircraft); people used to talk of “Vitamin B” (for Beziehungen, or connections); and political decision makers met regularly at the “Club 45”, or the Cartellverband. Nowadays, Austrian wine is world class (see below) and politics in general feels more transparent. Set against that, discussion about the Eurofighter rumble on; and we have had the “Ibiza Affair” (source of my most popular tweet) and banking scandals. Austria remains a tightly-networked society where political parties and the “social partners” play a larger role than in many other countries. When I asked an Austrian political analyst about this, she said “scandals aren’t what they used to be”. I’ll leave it there.

(i) Wine: the wine scandal of 1985 changed Austrian wine-making, and the quality of the end-product, dramatically. I remember my first visit to a Heuriger, the day I arrived in Vienna in September 1984, and the morning after. In those days, a good bottle of Austrian red wine was a miracle. Thirty-six years later, Austrian wine is consistently excellent, whether red, white or red-white-red. Prost!

(ii) the transport system is far better – in Vienna and beyond. Back in the ‘80s the Vienna underground system was modest; high-speed trains were few; and there was no motorway to Graz or Klagenfurt. Direct flights from Schwechat Airport to the rest of the world were rare and expensive. Bike lanes were infrequent (although I do recall cycling through the Lobau and being surprised to meet a naked gentleman on his bike coming the other way). Nowadays, COVID apart, international connections are brilliant; the road network is comprehensive; and Vienna has a great system of bike lanes. Vienna’s public transport added around 240m passengers between 2001 and 2018, including on buses, trams and underground.

(iii) tied to this, Austria is open to the east. In 1984, road-signs on the way from the airport showing the way to Bratislava, Budapest and Prague seemed ironic: people were still being shot dead on the Czechoslovak border. I remember driving through Carinthia and locals telling me to be careful lest I wander too close to the Yugoslav side of the road. The fall of the iron curtain in 1989 transformed Austria from a country hemmed in by an impenetrable border (particularly cities like Graz, Vienna and Klagenfurt) to a country at the heart of Europe. This has had a particular impact on Vienna, which has grown and prospered (see below), topping international quality of life rankings in recent years.

(iv) Vienna is more crowded, richer and long-lived. In 1984, the population of Austria was 7.6m; Vienna, 1.5m. Now the figures are 8.9m and 1.9m – Vienna has overtaken Hamburg, Budapest, Warsaw and Bucharest to become the sixth largest city in Europe (although still a long way behind Vienna’s own Zentralfriedhof – Central Cemetery – with its 3 million population). Tourism has boomed since the ‘80s, with the proportion from Germany falling (down from 65m room nights in 1980 to 56m in 2018); far more, unsurprisingly, from Eastern Europe; and more Asian tourists, including over 1m Chinese visitors per year pre-COVID to become the largest group from a non-neighbouring country. In 1984, Austria had 2.5 m cars; now it has 5m. In 1984, in constant 2010 US dollars, Austria had a GNP per capita of under $30,000; by 2019 it was over $50,000 (source Trading Economics, whose charts suggest a steady rise from 1960 to 2008). Life expectancy at birth has risen from 73.6 in 1984 to 81.7 in 2018, marginally overtaking the UK, up from 74.8 to 81.3 over the same period (World Bank – one of my favourite chart series – try entering different countries to compare life expectancy progress).

(v) finally, shopping, restaurants and nightlife in Vienna have been transformed since the ‘80s. Increased living standards and more urban tourism have led to a boom in eating out, “gastronomy” and luxury shopping. Whole swathes of the city have been redeveloped, for example around the new Hauptbahnhof in the 10th District, the Wirtschaftsuniversität (with stunning buildings by British architect Zaha Hadid), the old Nordbahnhof in the 2nd district and Seestadt Aspern (so large I needed a scooter to navigate around it). Climate change and smoking bans have led to restaurants and cafes expanding onto streets, pavements and parks across the city. In winter, countless Christmas markets sprout – the “Christkindlmarkt” was only one I remember in the 1980s. Some Viennese complain that chain stores are on the march, as everywhere else. But I take comfort from the continued comparative frequency of singular, specialised and often quirky shops, restaurants and, of course, cafes across the city.

A famous saying about Vienna goes “When the world comes to an end, move to Vienna because everything happens there twenty years later”. Long may some things about Vienna never change!

*Among the top hits at Vienna mid80s house parties

(makes for a great background music while reading this blog)