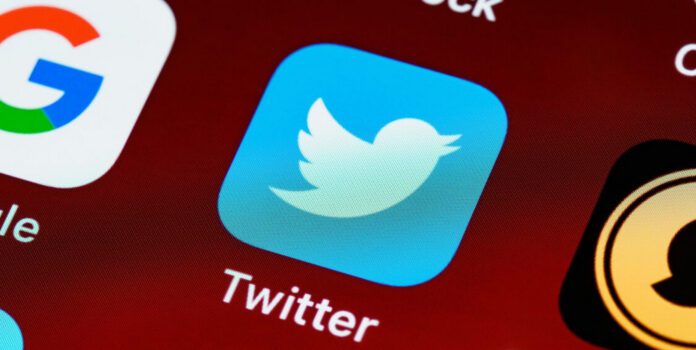 Twitter was a platform once used to network with friends and family but now, is a forum for global political discourse and soft power. Research from the Centre for Science and Security Studies at King’s College London demonstrates how tweets from government officials during global crises can cause public confusion, upend diplomatic communications and escalate global tensions. In Interdependence in the Information Age (1998) Robert Keohane and Joseph Nye’s Power define soft power as “ the ability to get the desired outcomes because others want what you want.” In international relations this means using non-military intervention to influence cultural norms, institutions and public opinion through persuasion, ultimately shifting an actor’s preferences to align with one’s own. Twitter is a digital arena for influential users to engage in soft power tactics. The platform has a broad reach of over 230 million users and has a large cultural impact; influential tweets are not just seen by users but are shared on other platforms and discussed in the media extensively (googling Twitter and clicking on the “news” tab brings up 1,240,000,000 results in 0.44 seconds). Recently, politicians have turned to Twitter to engage in diplomacy, weaponizing the platform’s soft power to influence political outcomes.

Diplomatic apparatuses have long been in place to avoid conflicts caused by a breach of etiquette, as an unscripted moment can be dangerous in politics. According to the US Foreign Service Institute, typical diplomatic protocol involves speaking through appropriate channels, such as an organized visit or meeting where officials follow procedures that are socially and culturally respectful of both parties involved. To illustrate the extent of such danger, during his presidency, Ronald Reagan once made a joke into a hot mic that “we begin bombing [the Soviet Union] in five minutes” leading the Soviet Union to declare a red alert.

Twitter makes this kind of slip-up a constant possibility, allowing leaders to send highly public messages with little forethought and minimal staff input. With politicians now using Twitter as a soft power weapon to influence behavior, short sighted comments can be dangerous, especially because rash comments can be misinterpreted by irrational actors. US-North Korea negotiations have been ongoing as the US attempts to reduce North Korean nuclear capabilities while North Korea tries to persuade the US to reduce sanctions. In 2018, to the horror of many diplomats, Trump tweeted “North Korean Leader Kim Jong-Un just stated that the ‘Nuclear Button is on his desk at all times.’ Will someone from his depleted and food starved regime please inform him that I too have a Nuclear Button, but it is a much bigger & more powerful one than his, and my Button works!” Trump’s tweet attempts to tow the US line on their harsh stance toward North Korean nuclear power, but instead insults North Korea and makes an alarming joke that borders on a hard power (military) threat. This erratic diplomacy increased tensions between North Korea and the US and heightened global concerns of a nuclear confrontation as both leaders, who are irrational actors, could have used these soft power threats as a catalyst to escalate the situation to a Cold War-like standoff.

On February 28, 2022, Elon Musk’s Starlink satellite internet arrived in Ukraine, costing him $80 million dollars in 8 months. On October 3rd, 2022 Musk tweeted a Ukraine-Russia peace plan  and in response, Ukraine’s ambassador to Germany tweeted “Fuck off is my very diplomatic reply to you @elonmusk.” After reports of internet outages emerged from Ukraine, Elon Musk urged the Pentagon to begin subsidizing the costs for the SpaceX satellite program. While Twitter itself is rarely the locus for full-fledged political turmoil, it is often indirectly implicated in high stakes discourse. Snippets of diplomacy can be publicly viewed on the platform, giving the public shaky insight into deals occurring behind closed doors. The issue is twofold: not only are citizens given incomplete access to complicated conversations, which could lead them to misleading conclusions, but Twitter also becomes a stand-in for actual diplomatic replies, breaking down the lines of communication between government officials and other actors.

Twitter’s soft power is extremely effective in times of protest. In 2011, Twitter, along with Facebook, was a key platform for the mobilization of the Arab Spring. Protesters used the platform to spread messages of dissent against authoritarian regimes in the Middle East and organize demonstrations. Similarly, since the September 2022 death of Iranian woman Mahsa Amini, Iranian activists have weaponized Twitter’s soft power to attack the Iranian regime’s morality police and call out the repression of the government by spreading information through many social media platforms including Twitter. This has led to international activism both on social media and in-person as people gather around the world to protest in their own cities against the Iranian regime.

The spread of the protest globally via Twitter has been so threatening to the Iranian regime that the government briefly blocked internet access in Tehran. This further exacerbates public animosity toward the Iranian regime as foreign onlookers could view internet restrictions as inhibiting freedom of expression, delegitimizing the Iranian regime as they appear to be oppressing their population and violating human rights. This may be especially true for observers in the West who view democratic freedom as a normative good. It is no surprise the Iranian government is afraid of the mobilizing power of Twitter; the collapse of multiple regimes within the Middle East during the Arab Spring was in part a result of social media mobilization and there is now potential for Iranian protesters to cause a similar outcome.

A powerful tweet can be as influential as an important political address or a famous quote; it has the capability to evoke a response from users that can shift political opinion – a goal of soft power. While Twitter is the ideal platform for engaging with soft power, the fate of the platform is unknown after its purchase by Elon Musk. Subsequently, Twitter is on the decline which may result in expressions of soft power moving to new channels. Even if the platform loses relevance in the future, Twitter’s impact on politics will have lasting effects. The format of Twitter has allowed users to concisely share powerful messages, causing politicians and influential users to adapt from traditional diplomacy to a sort of ‘digital diplomacy’. This phenomenon will continue on Twitter as long as the platform retains its influence and has the capacity to be manipulated for the means of soft power.