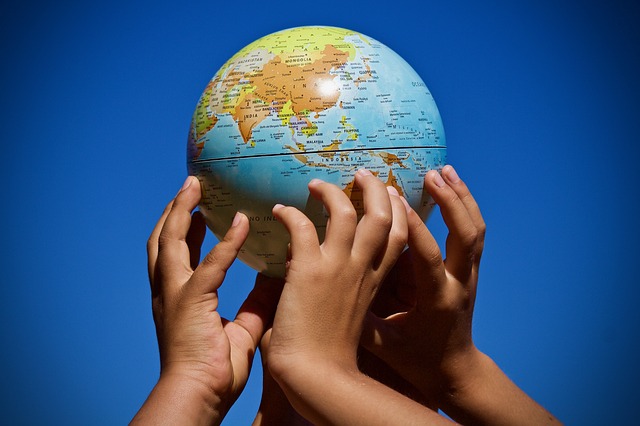 In contrast to public diplomacy, non-state citizen diplomacy actors tend to stand alone. This means that these non-state actors are not bound by the participation space provided by the state. Citizen diplomacy actors can voice their opinions, participate, and be responsible for international diplomacy efforts. They—citizen diplomacy actors—can be artists, musicians, YouTubers, speakers, motivators, business people, teachers, students, and ordinary citizens. Meanwhile, Paul Sharp divides the roles of each actor through his activities. The division consists of actors former professional diplomats, actors as representatives of economic interests, actors with roles in changing specific government policies, actors capable of building global awareness to create a new order, and actors acting as autonomous agents—these actors do not represent any party, but himself. By using the concept of the role of a non-state citizen diplomacy actor as an autonomous agent, this paper will explore the practice of diplomacy carried out by an ordinary citizen named Jerome Polin.

Jerome Polin is a young man born in Surabaya on May 2 1998. Five years ago—through his personal YouTube account—Jerome started actively sharing his daily and motivational video blog. Until now, there have been hundreds of videos that he has uploaded on his YouTube channel. Jerome, who is currently known as a YouTuber to many people, is also a Mitsui Bussan scholarship awardee and studied at Waseda University, Japan, with a major in applied mathematics. Since childhood, Jerome has been enthusiastic about participating in math olympiads and strongly desires to study abroad. Thanks to his perseverance and persistent determination, Jerome is now widely known among young people, especially GenZ and Millennials.

Starting his career as a student in Japan made Jerome even more challenged to continue his interest in producing videos. Until now, the number of YouTube subscribers for this young man is 9.5 million subscribers. Through his creative, educational, and entertaining content, Jerome has a desire to provide exclusive benefits to his loyal audience. Jerome’s specific content at the beginning was famous for being related to mathematics. Still, now he produces much more diverse video content, such as cultural, culinary, and travel themes. Jerome is also not alone when making videos. He was accompanied by four native Japanese friends named the ‘Waseda Boys’. Together with Waseda Boys, Jerome introduced a lot of cultures, food, and the Indonesian language. Not infrequently, they also exchange knowledge about their respective countries.

Currently, Jerome Polin can be classified as an autonomous agent of a non-state actor. Departing from the five roles of non-state citizen diplomacy actor by Paul Sharp, this actor’s role is not tied to the interests of other parties or the state. He acts to represent his interests. Jerome can make efforts and international diplomatic interactions related to his status as one of the recipients of the Mitsui Bussan scholarship, which Japan pioneered.

As we know, Indonesia and Japan have gone through unpleasant and tense times due to colonialism decades ago. One of Jerome Polin’s content on his youtube channel entitled “August 17th Contest with Japanese Friends! Special for the 76th Indonesian Independence Day, Independence!” showed the enthusiasm of his friends who are Japanese citizens to take part in celebrating the birthday of Indonesia, one of the countries that their country had colonized. Through the content “Ask the Japanese”, Jerome also shared information and education about colonialism in the past. In addition, Jerome actively introduces Indonesian food, such as tempeh, pop chicken, nasi padang, fried duck, Indomie, and so on. This, of course, is a form of branding for Indonesian products and culinary specialities in the international arena.

In the last few months, Jerome and Waseda Boys visited Indonesia. They toured several provinces. Jerome introduced the area’s culture, traditions, language and social environment. The provinces they visited were Bali, Yogyakarta, Central Java, Jakarta and Papua. Through this visit, Jerome invited his friends to try the unique cuisine of each province. Guess what? The Waseda boys really like Rusa Rica-Rica from Papua! They also try traditional clothes, watch art performances, and make local handicrafts. In fact, The Waseda boys—some of them—are pretty fluent in Indonesian.

Currently, the young man who was born in Surabaya 24 years ago is spreading his wings even more. Activities that can be classified as diplomatic interactions are not only channelled by Jerome through his content, but he has started to build a talent agency business that houses international talent and influencers. He founded Mantappu Corp in 2018 with his older brother, Jehian Sijabat. This talent agency contains content from international creators and influencers who aim to maximize digital communication and digital marketing in the era of globalization. Currently, Mantappu Corp has managed Japanese talents and influencers, such as Erika Ebisawa, Hitomi, Ryoma Otsuka, Takuya Ohsawa, Tomohiro Yamashita, Yuzuke Sakazaki. There is also Jang Hansol, who is a content creator from South Korea. In addition to diverse talents and influencers, Mantappu Corp has collaborated with many large companies from Indonesia to abroad! Thus, the presence of Mantappu Corp is a form of a diplomatic effort to strengthen Indonesia’s cooperative relations in the international system.

The presence of non-state actors in international relations allows for different diplomatic practices. The concept of diplomacy can go hand in hand with the convenience of information and communication technology in this era. Like what Jerome Polin did, science and technological advances were used to carry out efforts that were classified as diplomatic interactions. In this case, every non-state actor with the capacity within himself can actively participate in diplomatic exchanges in international relations. They—international relations actors—can represent themselves or other parties and interests. However, the diplomacy carried out, of course, remains focused on common interests.