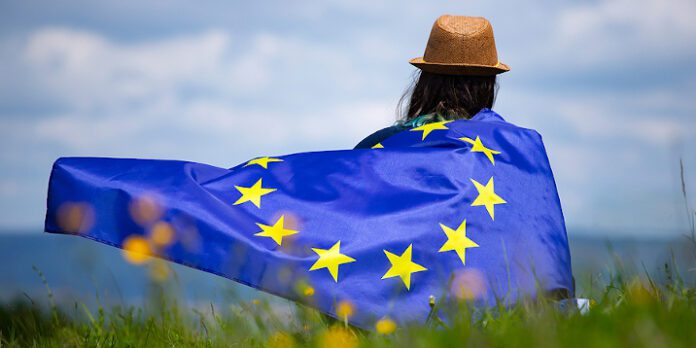 A democratic Europe needs a new kind of public diplomacy

For several years, media outlets and independent democratic organizations have come under systematic pressure in many European countries. Minority rights are under attack. Even the independence of the judiciary is now open to question. The belief in self-correction in democratic societies continues to wane. The troublesome situation in Hungary and Poland is not just a national matter of European Union law being misapplied in specific member states. Various regulations and sanctions do offer some hope in the situation, including Article 7 of the Treaty on European Union (TEU) with the EU framework for strengthening the rule of law as well as the rule of law mechanism. But will stricter monitoring and more consistent enforcement be enough? Perhaps what is missing is a consistent commitment to democratic checks and balances? In this context, Germany’s foreign and European policies need to do more to support cross-border democracy.

Since the 1980s, the old Western European model—corporatist, pluralist, with strong trade unions and civic associations—has been eroded. Deregulation and the “neoliberal” agenda have led to the weakening of organized civic participation, as well as frustration with small-scale democratic processes. An entire generation, both in business and broader society, was tired of having to seek out compromise. Companies, foundations, and non-profits replaced the “old-fashioned” landscape of representational bodies and civic associations. This change was the result of a hope for more efficiency.

Clumsy democratic representation was to be replaced by a lean technocratic policy apparatus. But it was not just the “committee busybodies” who had a bad reputation. Since the 1980s, the popularity of parliamentary democracy has also declined across Europe. Citizenship is often reduced to a one-dimensional role: being a voter. Citizens are no longer seen as valuable actors, capable of influencing politics through representative instruments.

This societal development was clearest in the United Kingdom, where the influence of trade unions and civic associations slumped. Charity organizations, led by corporate-style CEOs, gained in importance. Unsurprisingly, non-profit organizations were forbidden by law from taking a political position on Brexit. It is not only in the United Kingdom that politicians have systematically thwarted social opposition, as society’s democratic core comes under strain in many places in Europe. State funding of democratic infrastructure has given way to project-based funding, which has no responsibility to be representative. Lille demokrati, the Danish term for small-scale democracy, has neither benefitted in the EU accession process, nor in the everyday life in Western countries.

The Framing of a Congenial “Civil Society”

From the 1980s on, the political philosopher Jürgen Habermas worked out a normative, deliberative alternative to representative democracy, making new definitions of “civil society” (Zivilgesellschaft) socially acceptable throughout Europe. Separation from the state and the market was the key criteria for Habermas’ “civil society counter-public sphere.” Representativeness and democratic self-organization became secondary. He posited new concepts opposed to old notions of “bourgeois society”, which were based on an artificial division between state, market, and civil society. But this artificial separation can often be deceptive. Institutions and organizations can change their appearance, chameleon-like, depending on interests and strategies.

Government and public administration continue to use this division between state, market, and civil society. One German chancellor, Gerhard Schröder, went so far as to use ideas of civil society commitment to encourage the privatization of social functions. Later interpretations of the “Copenhagen criteria”—used to judge if a country is fit for accession to the EU—also made use of Habermas’ framing. What the state (and the rule of law) required, these criteria suggested, was less a democratically-organized citizenship. Instead, the emphasis was on project-based commitments to non-profit organizations, defined of course by the executive. Neither the EU accession process nor other EU initiatives seek to particularly reward democratic self-organization.

The normative separation of market, state, and civil society has not stopped state and economic actors from using “civil society washing” in order to conceal their own interests. The Foundation for Climate and Environmental Protection, a non-profit based in the eastern German state of Mecklenburg-Western Pomerania, shamelessly uses the framework of “civil society” on its website, although in fact it promotes the economic interests of the state government. Its main function was to clandestinely complete the building of the US-sanctioned, now defunct Nord Stream 2 pipeline.

However, some leaders use the term “civil society” in less eye-catching ways. The German Foreign Office has consistently posited civil society as something quite separate from markets, striving to avoid open rivalry between the interests of business and non-profits. The German foreign policy establishment does not reward democratically constituted organizations. The German-Russian “Petersburg Dialogue” was conceived as a “forum of civil society”. Nowadays we know well that it was never a structured democratic dialogue. “Civil society dialogue” became a tool of the Russian state and of particular German interests. Democratic reform of the dialogue failed, long before Russia’s war of aggression against Ukraine in 2022. The role of diplomacy and interests remained opaque, whether intentionally or not.

The Limits of German Diplomacy

This has led to some insights among the diplomatic community. Writing in Internationale Politik in 2013, Thomas Bagger, then the head of policy planning at the German Foreign Office, put it like this: “network-oriented foreign policy [is] the best chance to ensure early warning, planning, exchange, and coordination, and to ensure complex interactions between all relevant state and non-state actors.” Although this holistic approach to socially-responsible diplomacy was the correct one, within a year it would reach a dead end.

In 2014, Frank-Walter Steinmeier—the then German foreign minister—launched a large-scale review. It ended in failure. The major crises confronting Berlin’s European and foreign policies were not addressed in a democratically-networked way. German foreign policy had ever closer relations with the business community, but it marginalized other social forces, in keeping with its faulty framing of “civil society”.

To cite some examples: during the failed EU-US negotiations on the Transatlantic Trade and Investment Partnership (TTIP) agreement, civic associations and social partners were brought into the process so late that they were turned into antagonists. As the political scientist Cathryn Clüver Ashbrook has shown, diplomacy has entirely underestimated internationally-networked interest groups. When it came to Brexit, trade unions, representative consumer associations, and environmental groups were only brought into the process at a very late stage. Conversely, the possibility of using business to promote independent media, for example in Hungary or Serbia, went unexplored.

In national policy areas and in diplomatic affairs, action is increasingly taken within a European framework. By pursuing their own European policies, government departments and, of course, EU institutions have contacts with cross-border interest groups as a matter of course, within the process of developing law and regulation. This entangled, Europeanized process has increasingly corporatist aspects. Here, too, there is often simply no use for classic diplomacy as such.

Back in 2013, Bagger complained that “the various internationalized specialist policies do not yet add up to a foreign policy”. This is very much the case with European policy in Berlin. Bagger suggested the Foreign Office should function like a platform within a network. This came to nothing. German diplomacy continues to steer clear of democratic spheres of action that function beyond the scope of classic politics, both domestically and in other European countries. Any expertise the Foreign Office has on how democracy works in other societies is random, constantly at the mercy of the rotation of diplomats. This is not a sustainable process of knowledge production. Time and again populist movements crop up, and German diplomacy is caught clueless. As a consequence, Germany understands less and less about the societies and politics of our immediate neighbors.

However, there is an approach that seems tailor made for the various actors enmeshed in German and European diplomacy. Public diplomacy was developed within US diplomacy in the 1960s, during the Cold War. This approach offers a field of action beyond that of official state diplomacy, incorporating non-state actors. This Cold War approach is in keeping with our sense of pluralistic liberal democracy. It offers a flexible counter-model to the kind of technocratic action favored by totalitarian systems. Moreover, public diplomacy combined with “soft power”—a connection made above all by Joseph S. Nye—is not merely raison d’état power politics legitimized by shallow PR campaigns.

Representative pluralistic democracy is at the heart of the European Union itself. For this reason, member states require a great variety of cross-border expertise. There are simply too many different interests, which themselves do not necessarily coincide with government action. Those in power need allies; for this reason, they need a deep knowledge of existing interests, and the way in which these interests are organized.

Anyone who understands German European policy as more than just government action must take full advantage of all possible democratic relations with European partners. This includes building contacts and absorbing expertise from parliaments, from social partners, and from associations and organizations in other countries. This should be done in a structured way. For example, the outreach foundations run by the German political parties can serve as a key democratic anchor. Foreign chambers of commerce also have a role in holding together a holistic and pluralist society.

The detail of this picture is filled in by the dense institutions of German civic life, including the federated leaderships of youth councils, municipal interest groups, and trade unions. They are all common actors of lille demokrati, small-scale democracy. For their part, European umbrella organizations deserve at last to be made part of the formal frameworks of European law. Finally, a new European Law of Association is required, something recognized by the Conference on the Future of Europe, but also included in the coalition agreement of the current German government.

In Brussels, Berlin, and other capitals there are now functioning registers of lobbying interests. These can be used to map out existing interests within the multilevel European political system, and to understand how they can boost liberal democracy across the continent. Embassies and permanent representations in Brussels and Strasbourg can serve as networked platforms, undertaking coherent, structured action so as to promote pluralist democracy across Europe.

By incorporating public diplomacy, diplomacy could promote cross-border workshops of democracy. It could use public diplomacy to better protect us all against attacks from authoritarian systems. Because ultimately this is about freedom and democracy in Europe. The democratic state on its own cannot win the battle against populism, the force undermining the rule of law in Europe. The state alone cannot strengthen and protect the European model of freedom and the European basic values. To boost and protect our model of freedom and our fundamental European values we need a diplomacy of democratic networks.

Bernd Hüttemann is Secretary General of the European Movement Germany and teaches at the University of Passau and at the Berlin School of Economics and Law.