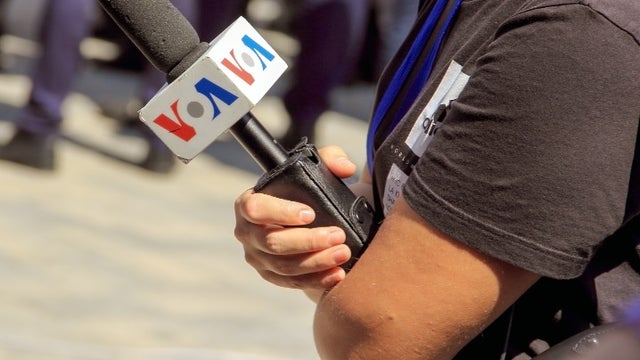 Since his Senate confirmation this summer, new United States Agency for Global Media (USAGM) CEO Michael Pack has come under fire for calling out his own organization for an array of glaring security shortfalls. Yet the problems at USAGM now being laid bare by Pack and his staff are longstanding and systemic. What’s worse, previous senior leaders knew about these severe shortcomings and did little to nothing to fix them.

These were the findings of a series of reviews by the Office of Personnel Management (OPM) and the Office of the Director of National Intelligence (ODNI) going back a decade, summarized in a 2020 follow-up report. Program reviews conducted by OPM and ODNI as far back as 2010 and 2014 identified glaring deficiencies in the agency’s handling of personnel security and the safeguarding of classified documents. People were given clearances who lied on forms, left required sections blank, and even used fake names. People making material, intentionally false statements in the hiring process were not referred to OPM as required. USAGM used expired or unauthorized forms, did not make timely investigations, or timely renewals. Those under review were not being fingerprinted as required, and USAGM staff could not even answer whose job it was to adjudicate fingerprint results.

Security violations were widespread and systemic. During the 2018 onsite review of investigative files, for instance, OPM found that “every file we reviewed was missing crucial investigative information.” At one point, things were so horrendous that investigators basically threw up their hands; the report noted, “due to the egregious quality of errors we found in [the first] 13 files, we did not feel it necessary to review all 20 of our sample files.”

The breakdown in the reliability of the background investigation system is particularly troubling. In the U.S. government, the watchword surrounding clearances is “reciprocity;” a person given a high-level clearance at one agency tends to have that clearance honored at others. As a practical matter, that means that a person holding a USAGM clearance would have access to shared national security information from the State Department, Defense Department, or the Intelligence Community. Possessing an active USAGM clearance could open doors to closed meetings or private discussions of classified material in executive agencies or on Capitol Hill.

USAGM proved to be a weak link in this chain. The inter-agency memorandum that gave USAGM — then known as the BBG — authority to conduct background investigations lapsed way back in 2012. It was not renewed “because the quality of their investigations was not up to standards and compromised reciprocity.” Yet USAGM continued to conduct background investigations even after its legal authority to do so had lapsed. This called into question the validity of every clearance issued since, and OPM mandated that USAGM “initiate new investigations for all employees investigated since the delegation of investigative authority expired in 2012.” That, however, didn’t happen, as bureaucratic delays and agency inertia prevented action.

None of this was news to OPM, which repeatedly ordered a series of required corrections to bring the broken agency into compliance with government security standards. But the 2018 follow-up review found that the agency had failed to implement them, and by then OPM had “further identified multiple new deficiencies.” In August of 2019, OPM issued “37 recommendations requiring corrective action” and gave USAGM 90 days to “bring all program areas into compliance.” But the USAGM leadership failed again, and this summer a further OPM review added six new areas of concern — leading it to revoke USAGM’s remaining authority to adjudicate other clearance issues.

The 2020 report gives a picture of USAGM as a potential gateway for foreign espionage that could (and may have) spread through the government. OPM concluded that USAGM’s lax background investigations “posed a serious risk to both the agency and the Federal Government as a whole” since USAGM employees “had not been appropriately or thoroughly vetted before being granted access to Federal systems, facilities, and, in many instances, sensitive or classified information.”

These serious problems long predated both the Trump administration and the confirmation of Michael Pack as the agency’s CEO. All were discovered by nonpartisan OPM and ODNI reviewers. This report and others support the idea that USAGM is a disorganized, moribund bureaucracy — one that has in fact long been in need of a shakeup.

The views expressed by contributors are their own and not the view of The Hill
https://thehill.com/opinion/national-security/524924-more-rot-at-americas-public-diplomacy-mouthpiece
Please follow and like us: