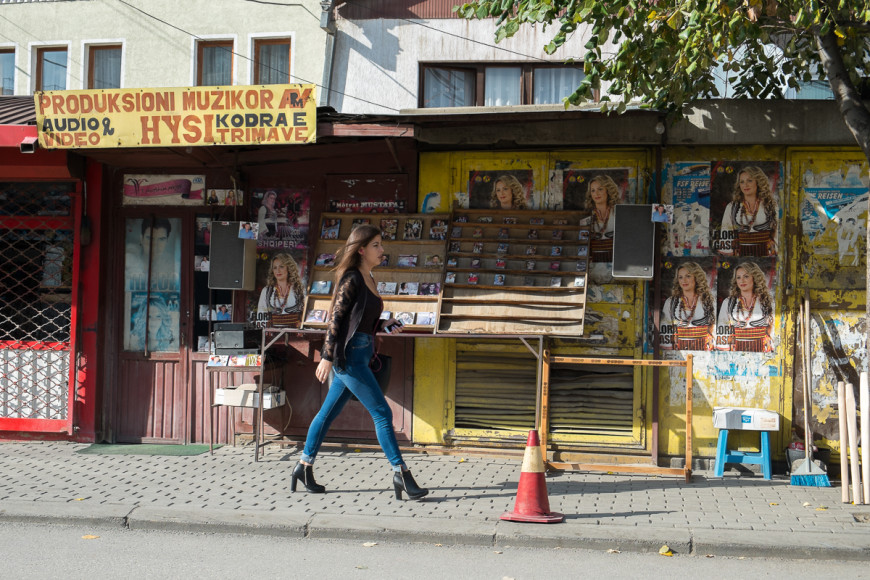 That Kosovo did not join UNESCO this month is a disappointment. But so is the current government’s failure to adequately address the myriad political crises in the country today. Adem Ferizaj explains.

The events of November 9th did not unfold as Kosovo, and especially the government of Prime Minister Isa Mustafa, had hoped they would: the country’s well-hyped bid to join the United Nations Economic, Scientific and Cultural Organization (UNESCO) was rejected. Three votes were lacking in order to achieve the required two-thirds majority among member states.

Kosovo’s membership in UNESCO would have brought several tangible benefits to the country’s population. For example, it would have increased the country’s budget for culture, science and education by millions of euros. It also would have diminished the current isolation of its citizens, who still cannot travel without a visa in the Schengen Area. This month, Kosovo’s Deputy Foreign Minister Petrit Selimi told French daily Le Monde that Kosovars are still excluded from applying for many international prizes and scholarships because the country is not a member of UNESCO.

Kosovo’s independence, declared in February of 2008, is still controversial: five of the 28 member states of the European Union do not recognize the country as a sovereign state, even though EU membership is still Kosovo’s primary foreign policy goal. Kosovo has already managed to join the World Bank, the International Monetary Fund and the Olympic Committee. If Kosovo were to join UNESCO, it would have further consolidated the country’s international recognition. And this, for the Kosovar government, was the main objective of the large-scale Kosovo in Unesco (‘#KosovoinUnesco’ with the hashtag on social media) campaign.

Serbia, the most resolute opponent of Kosovo’s independence, understood this well and responded with its own campaign (‘#NoKosovoinUnesco’) opposing its former province’s UNESCO bid. Sava Janjic, the Abbot of the Serbian Orthodox monastery in Deçan (Dečani in Serbian), became a leading figure in this campaign against Kosovo’s UNESCO membership, which often depicted Albanians as barbarians or Muslim extremists. The Abbot’s main argument against Kosovo’s admission to UNESCO was that he lacked the confidence in Kosovo’s institutions to protect Serbian cultural heritage sites, as he told Balkan Insight four days after Kosovo was denied.

Petrit Selimi, who has worked for the government since 2011, is Kosovo’s digital diplomacy pioneer, and was the leading figure of the ‘#KosovoinUnesco’ campaign. His skills in this area are undeniable. He uses his talents to provide a strong counterbalance to the still dominant Orientalist depictions of his country in the international media (if Kosovo manages to make it into the headlines in the international media, they are invariably linked to the 1998-99 war). Facebook, Twitter and LinkedIn’s recognition of Kosovo as an independent country in 2013 was largely a result of his efforts.

Even though Selimi’s intentions were equally good during this more recent campaign, he overstated his case in promoting Kosovo’s cultural heritage. He even reinforced exotic, Orientalist ideas about Kosovo by (re)tweeting Albanian men wearing garb and fighting. If one were to look at Selimi’s tweets – without knowing that he is a politician – from August to November, one might easily get the impression that they were scrolling through the Twitter account of a travel agency. The problem is that Selimi is not the PR manager of a commodity; his duty is not to sell his product at any cost. He is a representative of a state, and therefore has a moral responsibility towards his population, which means that he also has to point out its deficiencies, like the poor condition of cultural life in public theatres across the country. This critical dimension was missing from the ‘#KosovoinUnesco’ campaign.

Kosovo officials saw the prospect of UNESCO membership as a convenient opportunity to distract the population from the huge problems the country is facing in all areas of life, from the economy to social issues, yet apparently has no clue how to resolve. It is a pity for Kosovo’s population that the country could not join UNESCO. Yet it is also absurd that the current PDK-LDK government, which has proved itself incapable of achieving any significant successes in domestic politics – with the sole exception of the establishment of a new court for Kosovar Albanian war crimes – diverted so much of its attention to UNESCO.

Politics tend to have a short memory. One should not forget that Kosovo found itself in a political deadlock for six months after the last parliamentary elections in June 2014 – until former enemies the Democratic League of Kosovo (LDK) and the Democratic Party of Kosovo (PDK) decided to form a government in December 2014.

The current governing coalition leading the youngest state in the Balkans is a forced marriage between two long-time political opponents: LDK and PDK. In the 90s, these two parties – PDK being the successor of the Kosovo Liberation Army (KLA) and LDK being the party of Kosovo’s pacifist former leader Ibrahim Rugova – were archenemies. Today’s PDK-LDK coalition meant sacrificing basic principles for the sake of maintaining power.

The politics of disengagement

Readers should also remember what happened in Kosovo back in January and February of this year. The newly formed government had to face the biggest political disaster in recent history: at least 50,000 Kosovars left their homeland during these two months in search of a better life in Western Europe. Thousands of people leaving their home country in Europe without any apparent threat of war is something Europe has not seen in recent memory. Prime Minister Isa Mustafa of LDK and PDK leader Hashim Thaçi, who together are running the country, were – and still are – overstrained by this disaster.

Despite the magnitude of the aforementioned crisis, not one important politician resigned their post, which would have been the expected reaction in a healthy democracy. No measures have been taken to improve the living standards or opportunities for people living in Kosovo. Instead, the government displayed – and continues to display – an attitude that is out-of-touch with the population by continuing to pursue these policies.

During the ‘#KosovoinUnesco’ campaign, the three opposition parties – Vetëvendosje (Albanian for Self-determination), NISMA (Initiative for Kosovo) and AAK (Alliance for the Future of Kosovo) – have continuously blocked parliament’s work. Opponents of the ruling coalition strongly disagree with two of the government’s recent decisions: the border demarcation with Montenegro, which the opposition claims might result in Kosovo losing part of its territory, and more significantly, the agreement between Serbia and Kosovo on the establishment of the Association of Serbian Municipalities, a part of the latest agreement between Serbia and Kosovo brokered by the EU in August 2015, which grants the Serbian community in Kosovo a greater level of autonomy from Pristina. The opposition considers the latter a step towards granting a level of sovereignty to the Serbian enclaves, which, they argue, could lead to a deepening of divisions between Albanians and Serbs in Kosovo. From early October on, the opposition has expressed its discontent with these government decisions using rather unorthodox means: by throwing eggs at Isa Mustafa and Petrit Selimi, and by setting off tear gas canisters in parliament (several times now). The UNESCO campaign did not benefit from egg attacks and clouds of tear gas in parliament.

The opposition’s methods are unacceptable, but so is arresting members of parliament, which violates Kosovo’s Constitution (article 75.2). That the government has done this twice now is even more inacceptable. On October 13th, Albin Kurti of Vetëvendosje was arrested for setting off tear gas in parliament but released the same day. Another MP, Donika Kadaj-Bujupi of AKK, was arrested for releasing tear gas in parliament on November 18th, and is still not free. The same day, protests broke out between opposition supporters and Kosovar police. From a gender perspective it is interesting to note that – for exactly the same deed – Kurti was released immediately, while Kadaj-Bujupi is still in detention.

Politics in Kosovo are chaotic these days, and they have been chaotic for months. The PDK-LDK government has failed to make Kosovo a member state of UNESCO, which is the biggest diplomatic failure in Kosovo’s history. Had Kosovo attained membership in UNESCO it would have been a milestone in the country’s struggle to secure an unambiguous recognition of its independence on the international stage. However, this defeat happened at a time when different political crises in Kosovo have been steadily intensifying.

Slowly but surely, Kosovo’s politicians – opposition and government alike – should understand that something is fundamentally wrong. Perhaps it might help the politicians involved to remind themselves of their shared situation in the 1990s, when everyone wanted to free themselves from Serbian subjugation above all else, and then compare it to their situation today. Maybe remembering this will help them renounce their power games and instead to focus on the real problems facing the country.