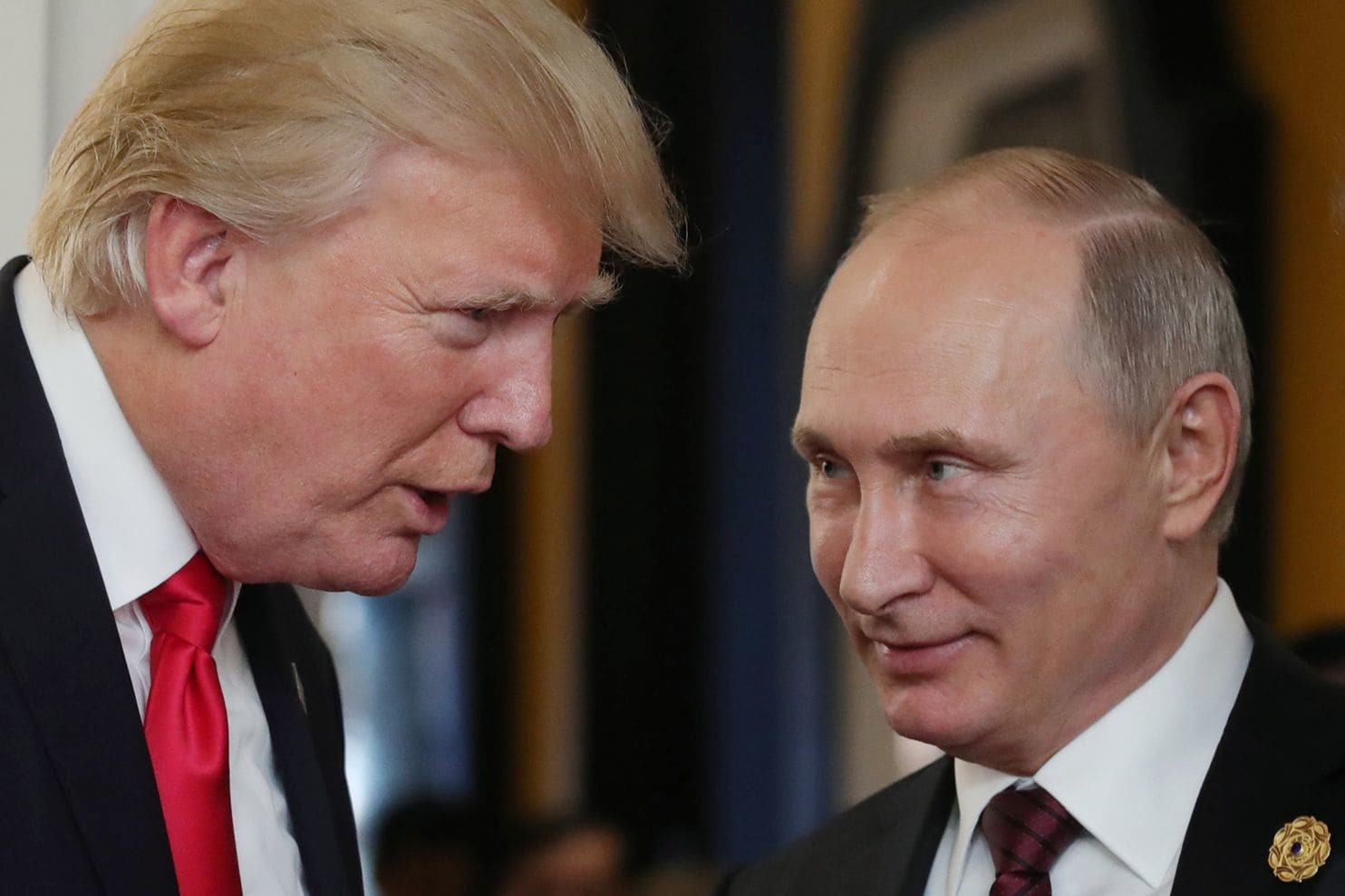 Image from article:President Trump talks with Russian President Vladimir Putin in December 2017. (Mikhail Klimentyev/AFP/Getty Images)Max Boot, a Post columnist, is the Jeane J. Kirkpatrick senior fellow for national security studies at the Council on Foreign Relations and a global affairs analyst for CNN. Max Bergmann is the director of the Moscow Project and a senior fellow at the Center for American Progress. This article is based on their new CFR Policy Innovation Memorandum, “Defending America From Foreign Election Interference.”It’s heartening to read The Post’s revelation that U.S. Cyber Command disrupted Internet access on Election Day 2018, for the Internet Research Agency in St. Petersburg. This is the Russian troll farm that ran an extensive online campaign in 2016 to help elect Donald Trump. But as the cyberwarfare expert Thomas Rid noted, the Cyber Command operation was “more of a pinprick that is more annoying than deterring in the long run.” More than two years after the 2016 election, the United States still does not have a comprehensive policy to counter and deter foreign interference in our elections. Indeed, the Trump administration is gutting the task forces established to do just that.To get serious about protecting the political process, Washington needs to ensure the technical integrity of the voting system and that voters are not subjected to foreign influence operations. A two-pronged approach is needed.First, the United States should improve its defenses against election interference. Last fall, Congress created the Cybersecurity and Infrastructure Security Agency (CISA) within the Department of Homeland Security (DHS). But it remains unclear whether it can be effective within a DHS bureaucracy largely focused on other priorities. A better option would be to make CISA either a stand-alone agency or, at least, a more autonomous agency within DHS, like the FBI within the Justice Department, so that it can fully develop its own culture and capabilities.CISA should take on the critical role of fusing foreign and domestic intelligence and sharing it with partners across government and beyond. It should work with states and local election boards to protect voting systems, as well as helping election campaigns to protect their computer systems. In addition, CISA should open a branch office in Silicon Valley to coordinate with major technology and social media companies.CISA should also systematically notify the public of covert attempts to influence the political process. The German Marshall Fund of the United States, a private think tank, created the online tracking service Hamilton 68 to highlight the latest themes Russian bots are pushing on Twitter. This service really should be provided by the U.S. government, drawing on the capabilities of the intelligence community. It would complement the new Justice Department policy that aims to notify those being targeted by influence campaigns. Those who have interacted with suspected foreign operatives online should receive an alert, similar to the way Google notifies Gmail users when they have been targeted by hackers.Because the manipulation of voters occurs on social media platforms, Congress needs to develop regulations to prevent these platforms from being used as instruments of information warfare. Sen. Mark R. Warner (D-Va.) has outlined a series of thoughtful proposals. These include: requiring platforms to identify inauthentic and automated accounts; holding platforms legally accountable if they fail to quickly take down libelous content (as is the case for copyright infringement); and mandating that platforms publicly disclose the source of funding for political advertising, just as television, radio and print media do.In addition, Washington should ramp up enforcement of the Foreign Agents Registration Act (FARA) and expand U.S. counterintelligence efforts against foreign influence, not just espionage. A 2016 audit by the Justice Department inspector general found that FARA enforcement is lax and relies primarily on voluntary compliance. Congress should appropriate funds to enhance FARA enforcement and change its focus from encouraging compliance to punishing noncompliant parties.Second, the United States should impose costs on countries that meddle in democratic elections. The president should create a red line to deter other countries, making clear that efforts to subvert America’s election process will be met with a robust retaliatory response, including economic sanctions, diplomatic isolation and counter-cyberattacks such as the one that Cyber Command just mounted.The Trump administration has failed to adequately implement sanctions against Russia, but Republican and Democratic members of Congress have introduced bipartisan legislation to ramp up sanctions on Russia and any other countries or individuals that might interfere in our elections.The United States should also significantly expand public diplomacy [JB emphasis] efforts abroad. After almost two years of inaction, the State Department has finally, and belatedly, begun to spend the funds allocated by Congress to the Global Engagement Center to combat Russian propaganda. These efforts should be ramped up quickly. In addition, the intelligence community should be ready to expose information on the corruption of autocrats, arguably their biggest vulnerability.U.S. elections will never be entirely secure from foreign interference. The United States will always be an open, rowdy democracy in which competing factions and individuals make their voices heard. But systematic attacks on the integrity of our elections undermine faith in the electoral process. This is a pressing national security threat that remains to be adequately addressed — something unlikely to happen as long as a president who was elected with Russian help remains in office.
Original Article