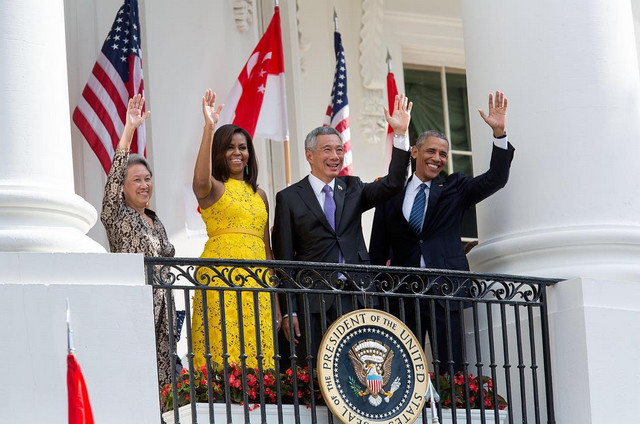 These are some of the remarks expressed online as Prime Minister Lee Hsien Loong exchanged Instagram accounts with the White House (WH) for one day during his official visit to the United States (July 31 to Aug. 5, 2016).

In total, PM Lee published five IG posts, with one photo taken by him personally.

The WH shared three selfies, since they were photos of the WH, featuring its preparations for the state dinner.

Below are the eight posts, starting with PM’s posts on WH IG:

2nd Post: PM’s visit to the Arlington National Cemetery, a military cemetery that honours the dead of the US’ conflicts.

On the other hand, the White House seems to like taking photos of itself.

But it must have felt strange that it is receiving fewer likes as a human being (WH’s 2.5 million followers vs PM Lee’s 239k followers).

Post 2: Food. Would have been fun if WH hastag #foodporn.

And so digital diplomacy for a day concluded with both accounts not following each other.