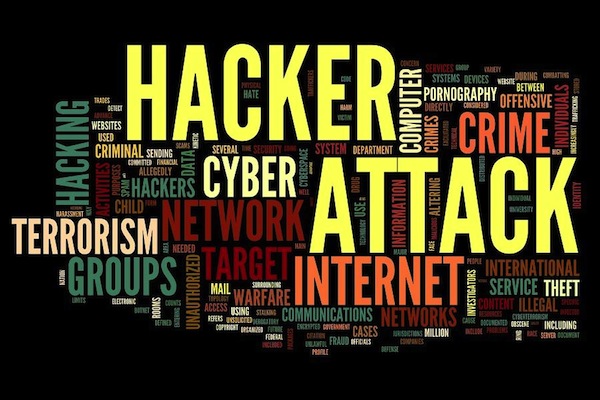 The panic button takes a hit and then the eerie alarm‎ bells boom to rouse physical and emotional defence systems into sudden overdrive. This happens so often these days. From Washington DC to Beirut; from Abuja to Islamabad, political capitals take on the edge. This is the new psychology of terror powered largely by religious extremism.

They‎ come in different names but with almost the same brutal identity defined by indiscriminate and senseless killings, forceful imposition of religious beliefs, subversion of political will and everything else contrary to the teachings of the faith which they profess. From Al-Qaeda in the rocky canyons of Afghanistan to Al-shabab in Somalia; from ISIS in Iraq and Syria to the North east of Nigeria where Boko Haram has waged a war against the state and all else but the very pervert among them; the global architecture of terror is running a dreadful ring which has infiltrated cities and towns far away from ‘occupied territories.’

Nothing illustrates this more than the suspected involvement of a British citizen in the ‎soul-churning decapitation of American journalist, James Foley, by ISIS. The hooded militant who performed the heinous execution of the American was said to have spoken in British accent prompting authorities at Westminster to launch an investigation into the matter. But what is clear from this dreadful incident is the disturbing fact that religious extremism and violent ideologies have found converts and adherents amongst us- neighbours, colleagues, friends and even family members. And that is the case in the West, Middle East, Asia, Africa and everywhere else where life and living is supposedly immune from the axis of evil, apologies to former US President, George Bush Jr. Chilly as it seems, it is now easier for state interests and civilian populations to be targeted and routed by extremists using an everyday citizen who enjoy same liberties as Mr. Jones next door. Bad enough, all of these are covered up in the veneer of religion which is a very touchy issue of human existence.

Worse of all, this multifarious terror infrastructure has assumed a psychological dimension that takes alert levels to red almost instinctively by intelligence authorities.  ‎The Tse Tse fly has perched on the scrotum and the danger of a double edged sword is more real than imagined. The terrorists have enlarged their coasts from the sneaky suicide bomber in Baghdad to the militant combatants in Sambisa forest in the north-eastern fringe of Nigeria and now to the seemingly innocuous spy cells and recruitment rings in London, Lagos, Madrid and Lille. The psychology of fear is now fiercely penetrative more than was ever anticipated. In London last week, Prime Minister Tony Blair raised the terror alert levels to severe in a vague response to the gory prospects of an ISIS strike on Queensland. As Prime Minister Tony Blair put it; ISIS is greater threat than has ever been before, echoing the US Secretary of Defence, Chuck Hagel, who described the situation in Iraq as something more than “we have ever seen before.”

Embarrassed by the growing proselytizing and radicalization of its citizens by agents of fundamentalism, Western governments have woken up to task of a fire brigade counter. In France, Islamic leaders have joined in the battle for the minds of the impressionable by militant ideologies. ‎A report this week by Al Arabiya news quoted a communiqué by these leaders on ISIS which “unequivocally denounce the terrorist acts that constitute crimes against humanity, and solemnly declare that Islam does not advocate such groups, their supporters and their recruits. These actions from another age, calling for Jihad and reckless campaigns indoctrinating the youth are not true to the teachings of Islam.” This standpoint from French Muslim leaders is expected given a report credited to the Associated Press that the country produces the highest number of European youths joining militants to fight in Iraq and Syria. Going forward, France President, Francois Hollande is billed to host an international conference on the ISIS-triggered Iraqi crisis on September 15, 2014, apparently as part of measures on the political /diplomatic front to seek solutions to the problem.

Recall that in May, ‎the French president took a concrete lead in a fresh flurry of global concerns over Boko Haram when the sect had just abducted over 200 girls from a school in Chibok, Borno State, the hotbed of the insurgency. He convened a security summit that drew attendance from the Heads of States of Nigeria, Cameroun, Chad, Benin, and Niger with representatives from US and Britain where some response to the incursive affront from the group was outlined. Around that time the outrage of the Chibok episode prompted several Western governments to promise assistance to Nigeria in rescuing the girls primarily and then confronting the Boko Haram menace decisively.

The outcome of the promises have left more of a forlorn hope as the girls remain in captivity and the insurgents have revved up their attacks on the State and the locals of the harassed territories. While a direct military option from abroad was ruled out ab initio, the way the West has managed its promises has left much to be desired even in terms of moral support for a beleaguered citizenry. Besides pillorying the Nigerian armed forces, the promise makers have not done much to help contain insurgency in Nigeria. It is not all about having boots on ground though but even the trumpeted intelligence support appears to be trailing behind the ease with which Boko haram strikes its targets. And this is not inspiring confidence among Nigerians on the US and other western powers. The insurgents’ indiscriminate use of media channels controlled by the west has raised a serious question mark on the sincerity of the world to help Nigeria on Boko haram.

It is this line of argument of engaging impactful public diplomacy in addressing aspects of the global campaign of terror that Alex Dick-Godfrey tends to advance when he wrote about further steps the United States needs to take in the wake of its successful drone take out of key Al Shabab figure, Ahmed Godane in Somalia last week. In an article posted on the website of the Council on Foreign Relations (CFR), he said: “The United States and its allies should remember that the only way to definitively achieve its goals in Somalia is to remove the economic and societal conditions that allow extremism and groups like al Shabaab to survive. Godane’s death is significant and it is important to continue to disrupt al Shabaab activities with direct U.S. action. But for lasting solutions, the United States will have to do more than intervene militarily.”

For Nigeria, the West does not seem to be doing enough militarily and in terms of public diplomacy. And this is a clear and present danger to the world as neighbouring countries of Cameroun and Chad for instance, have now been drawn into the conflict. The risk is that it could spread further and link up with the situation in East Africa and the tempestuous crisis in the north of the continent and other places can easily connect with the conflagration in parts of the Middle-east. If the world does not wake up and double up efforts in confronting violent ideologies within state borders and externally through urgent de-radicalization measures, there is little guarantee that the danger will not spread faster than imagined across borders.