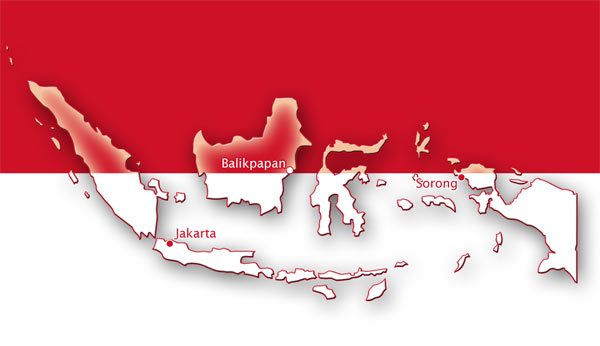 There are a variety of these soft power tools available to governments: social media and international broadcasting channels that promote their culture and language, competitions, awards, cultural and language fairs, musical performances, and cultural councils and centers. While the benefits of these initiatives are hard to measure, it is clear that they have the ability to attract foreign investment, business, tourist, employees and students.The public diplomacy landscape has traditionally been dominated by rich developed nations like the United Kingdom, Germany, the Netherlands, France, Japan, Spain and the United States. But the global order is changing.

China is its biggest challenge, investing significant amounts of time and funds into public diplomacy efforts at home and abroad, establishing over 1,000 Confucius Institutes and classrooms in 120 countries, and pouring huge amounts of money into their foreign broadcaster. But it isn’t the only one.

Korea is not far behind building its positive global image through the establishment of Korean Cultural Centers and promotion of “K-Pop”. Others have done well through tourism campaigns like the ‘Malaysia Truly Asia’ or ‘Incredible India’. Thailand, despite recent political upheaval, has traditionally done well through its culinary diplomacy strategy, and more recent strategies aimed at promoting the country’s friendly people and its desirability as a destination for medical makeovers.

Indonesia is losing the public diplomacy battle. You only need to look at how most Australians view Indonesia — through the prism of security, beef sagas, terrorism, natural disasters, and drug smugglers — to see the vacuum left when a country does little to promote itself to the outside world.

While there have been piecemeal efforts to promote its culture through Indonesian arts and culture and scholarships and some culinary and fashion diplomacy, its national brand abroad has been crafted around its uniqueness as a place where Islam and democracy co-exist peacefully.

Indonesian leaders have tended to focus their attention on other foreign political elites through foreign policy initiatives like the Bali Democracy Forum and interfaith dialogues rather than promote cultural diplomacy.

But if you ask long term Indonesia admirers what attracts them to the country, answers touch on the blend of culture, diverse religion, food and friendly people. Indonesia is the land of exceptions (tanah perkecualian). But it can do much more than promote its diversity. Others are fascinated by the amazing diversity of the archipelago from Sharia-ruled Aceh to the pigs running around in West Papua.

And then there’s the wayang (puppet show) and gamelan, the plethora of traditional dances, amazing wildlife, mystical beliefs, the beautiful countryside, the ease of learning the language and the joy Indonesians take in foreigners’ attempts to speak it. These people-to-people links are the bedrock of relationships between Indonesia and the outside world. Just imagine what Indonesia could do if more people knew of these hidden treasures.

What Indonesia should do is take a leaf out of China’s book and join the charm offensive war being battled out by other global and regional powers. Instead, it has chosen to not to open itself to the outside world. The complex regulations for research and study permits are clear indicators that Indonesia does not want to open up to others.

Indonesia can’t be blamed for focusing on major concerns like lifting large numbers of people out of poverty, ensuring every kid can go to school, delivering better healthcare, providing better infrastructure, reducing corruption and environmental degradation, and combatting terrorism and natural disasters. But times are changing.

Indonesia is projected to be the eighth biggest economy in the world by 2030 and there is a growing confidence in Indonesia of its potential to be a regional and global power. Indonesia has made a positive start announcing that it would establish 10 rumah budaya Indonesia (Indonesian cultural centers) in the United States, Germany, the Netherlands, France, Turkey, Japan, Timor Leste, Singapore, Myanmar and Australia.

There is a real opportunity to put some ballast behind these centres to ensure a positive face for Indonesia in foreign countries. The United States spends around half a billion dollars on public diplomacy efforts annually through its public diplomacy division.

While it would not be realistic to expect anywhere near the same amount of expenditure in Indonesia, increasing funding for cultural activities (pencak silat martial art, Indonesian language, culture, religious diversity, dance, food, music and film) in Indonesian consulates and embassies, educational and professional exchange programs, and targeted digital strategies to engage foreign publics, will ensure a positive image for Indonesia around the globe.

With the new Joko “Jokowi” Widodo administration coming on board soon, it will be crucial for the new Foreign Minister to ensure that momentum is maintained.

Outgoing President Susilo Bambang Yudhoyono has done a great deal to cement a positive image of Indonesia as a democratic Islamic nation; but this won’t be enough to compete in the public diplomacy battle being waged into the future.

The writer is international development coordinator (Southeast Asia) at the University of Sydney. He worked with at AusAID/ DFAT across a number of programs in Canberra and Jakarta from 2009–2014 and was recently a participant in the Conference for Australian Indonesian Youth (CAUSINDY) in Jakarta.