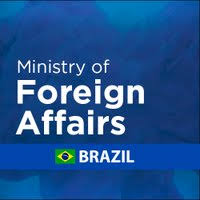 image from
The concept of “public diplomacy” [JB emphasis] has been traditionally associated with the promotion of a country’s image abroad. In Brazil, “public diplomacy” has been implemented not only in this traditional view, but also in the sense of greater openness of both the Ministry of Foreign Affairs and the Brazilian foreign policy to civil society, in an effort to stimulate democratization and transparency of national public policies.
The foreign ministry’s actions in different areas and the diffusion of foreign policy initiatives through digital media have intensified public diplomacy efforts in Brazil, encouraging, on the one hand, accountability to society and, on the other, interaction through comments and suggestions that contribute to the formulation of public policies attentive to national aspirations, ideas and values.
An active work of “public diplomacy” allows the Brazilian and foreign society to become instantly aware of the work done by foreign service employees in various cities in Brazil and around the world, in embassies, consulates, missions and representation offices. It also opens new channels of interaction and relationship, thus helping traditional diplomacy to modernize and become more efficient.
Original Article