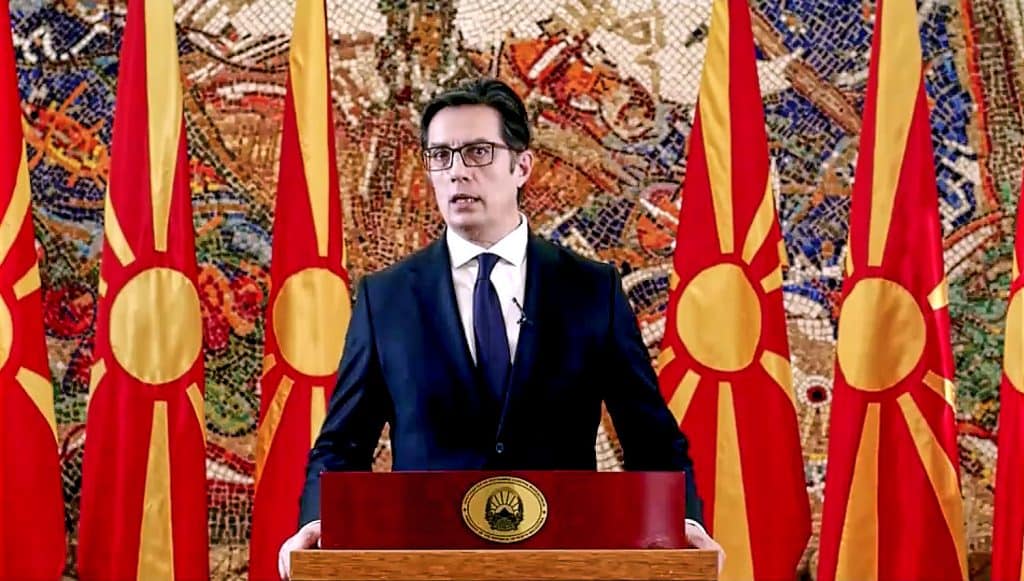 The first-ever virtual General Assembly session has been full of both challenges and opportunities: the risks of technical problems were high (and some have happened), but the opportunities for global leaders to stand out individually in their pre-recorded video speeches turned out to be greater than speaking in the cavernous General Assembly Hall. While some leaders seized the digital moment to innovate and project themselves in a personal way, others did not rise to the occasion.

Here are PassBlue’s dos and don’ts in the Covid-19-era of diplomacy, as demonstrated in the general debates of the United Nations’ 75th session so far this week and related events.

Fiji’s Prime Minister Frank Bainimarama produced a special video with staff members from the UN in Pacific team to wish the UN a happy 75th birthday. It would have been hard for the prime minister to bring this team to the UN rostrum in New York City, so that approach was unique among the dozens of videos that the UN has screened so far. (The prime minister delivers his formal speech on Sept. 26.) What a way to remind people of the UN’s motto: “We the peoples.”

King Willem-Alexander of the Netherlands featured a youth delegate, Hajar Yagkoubi, in his video. The dynamic-duo stood out from most other leaders’ presentaions, many of whom have spoken from their desks.

Costa Rica’s president, Carlos Alvarado Quesada, sent a clear message that people needed to wear a mask during the pandemic by wearing one himself in his entire video address on Sept. 22. Venezuela’s Nicolás Maduro started his video with a mask on but quickly took it off.

In his first-ever speech to the UN, President Rodrigo Duterte of the Philippines used still images from other videos to illustrate his remarks, sometimes awkwardly, as the photos were not captioned and it was unclear what the scenes depicted sometimes. But his video stood out for its originality and smart use of technology.

One thing that a communications strategist pointed out to PassBlue is that the backgrounds in leaders’ videos had to be carefully thought out. The backdrop of the speech by China’s Xi Jinping featured a dramatic painting of the Great Wall, probably the most memorable scene in the speeches yet this week. But another leader who made the best use of a prop was President Scott Morrison of Australia, who recorded his video in front of Sydney’s Opera House.

While President Sebastian Piñera of Chile seemed to be giving a PowerPoint talk to his virtual audience as he stood the entire time of his speech, he came off lively, gesturing often and standing next to a variant of the national flag.

Vladimir Putin of Russia may be one of the world’s most powerful heads of state, but he’s probably one of the shortest, too. Putin is believed to be between 5-feet-5-inches and 5-feet-7-inches tall, and how his height influences his leadership style has been widely discussed; he reportedly wears lifts in his shoes. While Putin’s video did not stand out, it’s worth noting that his lectern and the microphone seemed to be positioned low to make him look tall.

As the UN expert for the International Crisis Group, Richard Gowan keeps a sharp eye on the organization, including any artwork. On Twitter, he noticed the president of North Macedonia’s beautiful backdrop, a mosaic by Gligor Cemerski, a native artist, in Villa Vodno, the presidential palace. A spokesperson for President Stevo Pendarovski told PassBlue that the art, titled “Macedonia: The Land of Light,” was completed in 2006. It depicts elements of the culture, history and natural beauties of the country.

When you have that many trophies, why not show them off to the world? That’s what Palau’s president, Thomas Remengesau Jr., known as Tommy, did on Sept. 23. The trophies are of baseball players, and though PassBlue was unable to find out the story behind them, they were a welcome departure from the stuffy settings of flags and bookcases of other videos.

Sorry, but that didn’t work

The good news is that Rwanda’s President Paul Kagame used a teleprompter to read his speech, making his address appear natural. The bad part is that the teleprompter wasn’t placed close enough to him and in line with the camera, so it was easy to tell he was relying on it. Oops!

South Sudanese President Salva Kiir’s signature apparel may be a cowboy hat, but his wrist accessory could not be missed: a gold watch that could be worth “more than what their average citizens wear a year,” Luc Dockendorf, a diplomat from Luxembourg, tweeted. Kiir might have worn it to the General Assembly in person, if he had traveled to New York City, but the accessory was especially visible on his video. South Sudan’s GDP per capita is around $1,200.

Mexico’s Andrés Manuel López Obrador decided to go with a traditional setting, parked in a wood-paneled office. The only problem is that his shirt collar was askew, making it look as if he hadn’t spent much time getting ready for his video, to be watched by the world.

Stéphane Dujarric, the spokesperson for Secretary-General António Guterres, said about the translation faux pas in a press briefing: “My understanding is that the — and I’ve seen Twitter chats on this — is that the transcription that some find humorous was, in fact, linked to YouTube’s automatic captioning system. It had nothing to do with the UN’s own interpretation, which went off without a hitch. And we, obviously, apologise to the Brazilian Government for the technical issue of having to rewind.”

Please unmute yourselves! One of the most-watched speeches has been a side event at the General Assembly: The South Korean K-pop group BTS, along with Unicef’s Henrietta Fore and national delegates. However, comments in the event’s chatbox went wild at first, when the sound was not working on the main platform and the delegates’ remarks went unheard. Forget nuclear weapons or the pandemic; if the UN hadn’t fixed the problem for BTS’s turn to speak, it could have become a geopolitical crisis.

Hands on, hands off. Pre-recorded videos can be awkward, with simple questions like, what do I do with my hands, normal to ask a communications team. President Ashraf Ghani of Afghanistan and Kazakh President Qasym-Jomart Toqayev must have been told to keep their hands on their desks and not to move them an inch.

O.K., let’s be honest: The video of Estonia’s president, Kersti Kaljulaid, was perfectly fine. She looked professional and the video was visually well done. The problem: nothing more! Considering Estonia is positioning itself as an international digital hub, many experts, including Jorvan Kurbalija of the DiploFoundation, were expecting the country to shine. But there was no AI-generated innovation or e-voting live demonstration. Next time, maybe, Estonia.

Some close observers may have noticed, but we didn’t hear from Guatemala, as scheduled, this week. Even though President Alejandro Giammattei was listed for Sept. 22, the country was skipped and is gone from the agenda. So, what is going on?

On Sept. 18, the day countries were supposed to send their videos to the UN, Giammattei was diagnosed with Covid-19, and on Sept. 22, he told media that he was a “high-risk” patient because he said he was a “chronic smoker for many years, because of hypertension, because of heart disease, because I can’t be called a very thin person.”

A diplomat at Guatemala’s mission to the UN told PassBlue that the president has decided that the minister of foreign affairs will speak to the General Assembly. According to the diplomat, the foreign minister, Pedro Brolo, will deliver a speech in a pre-recorded video on Sept. 29. The president, PassBlue was told, is receiving treatment, working from home, doing well and taking measures to avoid infection of other colleagues.

Guatemala’s speech will support multilateralism and ask for more international cooperation and solidarity in fighting Covid-19.

The post The Dos and Don’ts of Digital Diplomacy in the Covid-19 World appeared first on PassBlue.

Stéphanie Fillion is a New York-based reporter specializing in foreign affairs and human rights who has been writing for PassBlue regularly for a year, including co-producing UN-Scripted, a new podcast series on global affairs through a UN lens. She has a master’s degree in journalism, politics and global affairs from Columbia University and a B.A. in political science from McGill University. Fillion was awarded a European Union in Canada Young Journalists fellowship in 2015 and was an editorial fellow for La Stampa in 2017. She speaks French, English and Italian.