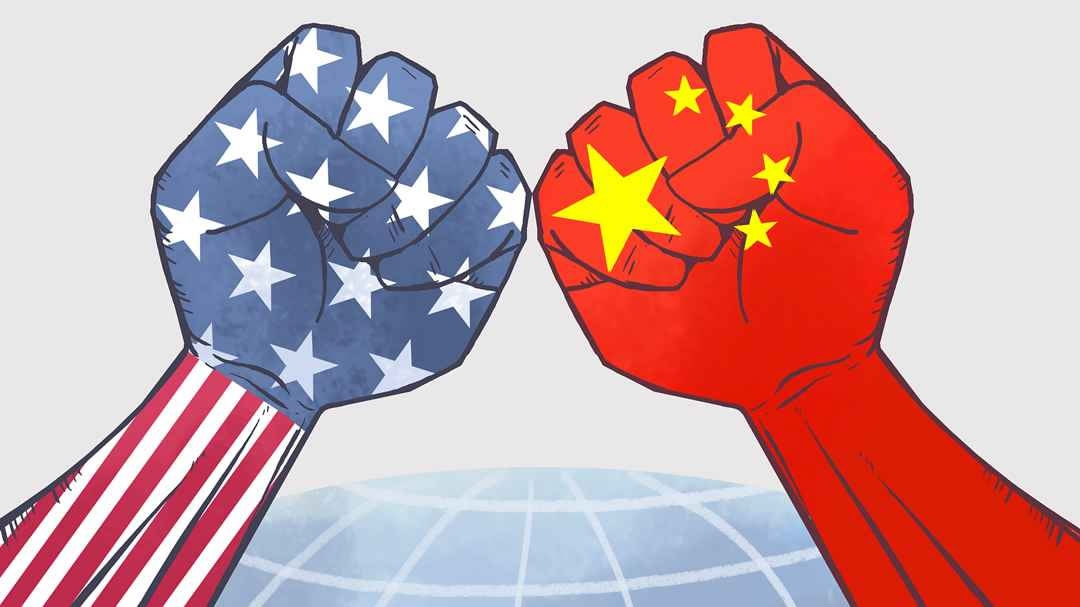 Yuan Sha, news.cgtn.com
Editor’s note: Dr. Yuan Sha is an assistant research fellow at the Department for American Studies at the China Institute of International Studies. The article reflects the author’s opinion, and not necessarily the views of CGTN.The “Chinese Influence & American Interests: Promoting “Constructive Vigilance” report jointly released by the Hoover Institution and Asia Society is part of a broader narrative of China as “sharp power,” which helped usher in a new wave of the“China threat.”A new wave of the ‘China threat’The recurring theme of the“China threat” is rearing its ugly head again. What differentiates this new wave from the previous ones is that it focuses more on the so-called “sharp power.”
Sharp power, a term coined by the U.S. National Endowment for Democracy, has gained popularity in U.S. politics and academics. Different from “hard power” which coerces by military or economic strength and” soft power” which influences by appeal and attraction, “sharp power” refers to influence activities which “pierces, penetrates, or perforates the political and information environments in the target countries.” Jumping on the bandwagon, the Hoover report accused the Chinese government of exercising “sharp power” influence in the U.S.

Sharp Power /China US Focus Photo‍It alleged that China is aggressively projecting influence in the American society by penetrating American federal and state politics, universities, think tanks, media, businesses, technology sector and the Chinese-American community. awareness of China’s growing influence and its grave threats to U.S. national security.The report is professed to raise public awareness of The new“China threat” narrative has reached rare bipartisan consensus in the U.S. politics and has real policy implications. The American strategic community is reevaluating the merit of the long-held U.S. policy of engagement toward China and is calling for a “whole of government” effort to curb China’s influence activities. And the newly released Worldwide Threat Assessment report by the U.S. intelligence community has lumped China together with Russia as the leading intelligence threats to the U.S.Myths of ‘sharp power’Sharp power has become a popular description of China’s alleged influence activities in the U.S., but a closer look reveals the inherent myths surrounding this narrative.Myth 1: It depicts a false image of the Chinese government as mounting a systemic, unified and coherent influence campaign targeting the U.S. society. It is just natural for one to imagine the opponent as a sinister giant, but there are only anecdotal and dubious cases cited as evidence in the report. In fact, China, like any other country, is large and diverse. More importantly, China’s soft power campaign is not aimed at competing against or even sabotaging the U.S., but at projecting a good image for itself, dispelling long-held misunderstandings and shaping a peaceful external environment for its domestic development.Myth 2: It conflates benign public diplomacy [JB emphasis] with malign influence activities. The report dismissed China’s soft power as coercing and intimidating instead of aiming at winning hearts and minds. The Confucius Institute is bearing the brunt. In fact, the Confucius Institute is no different from France’s L’Alliance Francaise, Germany’s Goethe Instituts, or Spain’s Cervantes Institute, with the primary objective of teaching Chinese language and spreading Chinese culture.

Confucius Institute Headquarters /VCG PhotoChina’s United Front work is also criticized as infiltrating, dividing and dictating the Chinese-American community. However, just like other foreign diasporas, overseas Chinese share common heritage and cultural affinity with Chinese nationals, and some choose to contribute to China out of spontaneous love and pride for their ancestral motherland. Besides, there are Chinese-Americans who hold anti-China views as well as those who hold pro-China government views in the U.S., but the former are intentionally downplayed in the report.Myth 3: It confines the interaction between China and the U.S. to a zero-sum game. The U.S. might have legitimate concerns over China’s rising capabilities and influence. What is perplexing is that the U.S. is seeking unrivaled primacy in almost every sphere, and thus is caught in a forever quest to prevent, weaken and even destroy any potential challenger.Furthermore, it is putting a false dichotomy of the self and the other. China’s growing influence is seen as diminishing American influence, and the U.S. is depicted as the victim who is vulnerable to being taken advantage of. It is also forcing a false choice between engagement and containment. The disenchantment towards the engagement policy is premised on the faulty objective of changing China, which is hypocritical at best and malicious at worst. Likewise, there is growing disillusionment in China that our genuine effort to integrate into the international community is not welcomed.Faulty diagnosis leads to bad prescriptionsThe Hoover report prescribed “constructive vigilance” to the alleged Chinese influence activities. Specifically, it called for promoting transparency, integrity, and reciprocity in conducting exchanges with China, which seems innocuous, but harbors inherent risks. First of all, it risks encouraging more hawkish and less prudent policies toward China. China hawks are already gaining prominence in the Trump administration. This turn of events further prompted a heated debate over whether the long-term interest of China and the U.S. are fundamentally incompatible. Second, it risks becoming a self-fulfilling prophecy. By hyping up the “China threat,” it risks stigmatizing the Chinese and impeding normal people-to-people exchanges, which would, in turn, aggravate misunderstandings and worsen the security dilemma. Third, it risks sacrificing the democratic values which the U.S. holds dear. “Constructive vigilance” is an oxymoron in itself, since it is difficult to build a constructive relationship and maintain vigilance at the same time. It is also a self-defeating task to strike a balance between maintaining an open society and closing the door to foreign influence.Amid rising tensions in the China-U.S. relations, it is unwise and dangerous to stoke the fear of the “China threat.” Thus, it is imperative to expose the myths of the narrative of “smart power” and return the bilateral relations to a more rational and pragmatic footing.(If you want to contribute and have specific expertise, please contact us opinions@cgtn.com.)Original Article