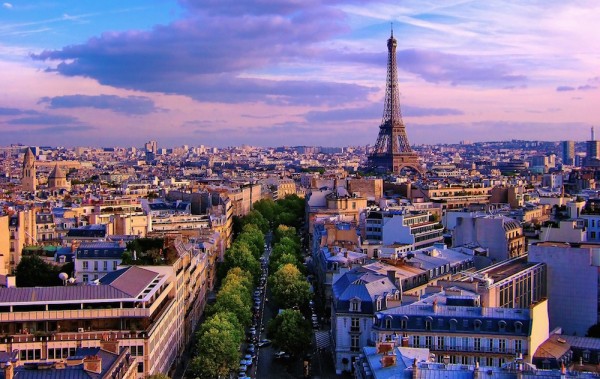 In the aftermath of the attacks in Paris, governments; defense, interior, and foreign ministries; militaries; and police forces are feeling the shocks.  ISIS has changed its tactics to emphasize terror attacks in countries distant from Iraq and Syria.  Ever cautious, the New York Times says authorities will “recalibrate their assessment.”  It’s time to consider revising strategies, says the Daily Beast.  The Wall Street Journal headlines that Washington and Europe are “rethinking options.”

Because Public Diplomacy is an element of national power, it must join the “rethinking.”  Its response must go beyond communicating press guidances during the coming weeks.  To meet this larger, enduring threat, program priorities must be reordered.  Funds must shift.  Some Public Diplomacy programs must shrink, pause, or sunset – decisively — so others may expand.  “Nice to have” programs must yield to critical ones.  A faraway “perfect” can’t be the enemy of today’s “good enough.”  There’s no room for battles over turf.

For several months, I’ve dived into national security and Public Diplomacy thinking, and I’ve been sharing some significant articles as “quotables” on this website.  The future of Public Diplomacy is a very large topic, but for now, here are some wave tops.

In the last half of the twentieth century, it was the U.S. Information Agency that took the point with foreign publics — expressing and defending American ideals, democracy in theory and in practice, solidarity among allies, and ideas that fostered prosperity.  Broadcasting, public affairs, exchanges, English teaching, publications, translations, books, magazines, films, centers, and above all, Foreign Service Officers meeting people were all part of the effort.

That was then.  In 1999, USIA was consolidated with the Department of State, and Uncle Sam’s international broadcasters were organized under the Broadcasting Board of Governors.  At the time, public discourse was influenced by some facile thinking — “the end of history” and the “peace dividend” — and Public Diplomacy lost money, people, and its edge.  Since 1999, rapid changes in communications – the effects of the internet and the social media, especially – have kept a much reduced Public Diplomacy off balance.

When we think of “roles and missions,” however, no other part of the executive branch succeeded to the mission of ideas.  It’s like Richard III’s crown, lying on the ground.  It’s there for Public Diplomacy to reclaim.

Of course some modesty is in order.  Where rockets fly, Public Diplomacy, strategic communications, and public affairs must be in the fight, especially as part of strategic “shaping,” but they are not by themselves decisive.

As Lincoln said, “all else chiefly depends” on “the progress of our arms.”  The arms may be special operations or air power or boots on the ground.  They may be fewer American arms and more coalition arms.  Yes, diplomacy will work in concert with military power.  But with ISIS, it’s hard power, not soft power, that counts.

For Public Diplomacy in the wake of the Paris attacks, this all means overtime, weekends, urgency, commitment, and above all hard professional thinking — about programs, priorities, and ideas.

It’s the current force of career Public Diplomacy officers who must lead the effort and make the decisions – beginning now so that the next administration will find that Public Diplomacy is already in motion.

Public Diplomacy must bring to bear all of its accumulated wisdom on communication, opinion, languages and cultures, education and exchanges, publics and audiences, formal and informal media, and the conversations on television, in cafes, and in places of worship.  It must master the new media, even while it wrestles with communication in societies with low literacy.  It must do this while also confronting the disinformation practiced by Russia, China, and other powers.  And it must update its doctrines.

If this seems an intimidating array of tasks, ask this question.  Which Americans can do a better job than the capable, experienced, and patriotic Americans whose calling is Public Diplomacy?