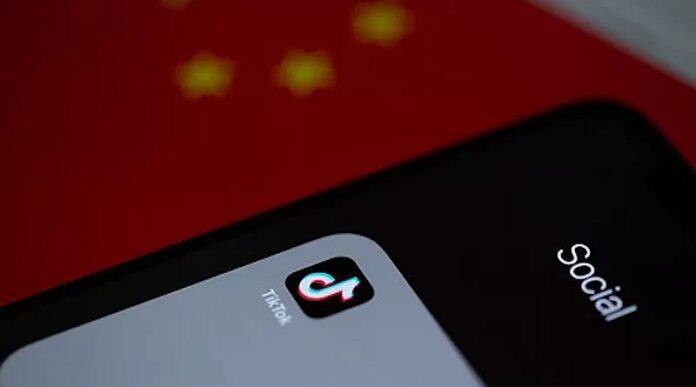 In early January 2021, The State Department declared on Tuesday that the Chinese government is committing genocide and crimes against humanity through its wide-scale repression of Uighurs and other predominantly Muslim ethnic minorities in its northwestern region of Xinjiang, including in its use of internment camps and forced sterilization. This fact also has emphasized by the Human Right Watch report 2021 that informed the Chinese government if they used hard threat on Uighur Muslim such as re-education camp, torture, kind napping, the restiction on religion activities, etc.

In the middle of 2019, Twitter helped China change the narrative of European politicians about concentration camps to mass detention camps. The Beijing government also argues that the camp is used as a place to educate Muslims not to engage in terrorist activities..

Global Times ads promoted by Twitter follow a similar theme, presenting the region as a happy and peaceful place where no human rights abuses have occurred. One promoted tweet includes a video of an elderly woman receiving a package of medical supplies from government officials before breaking down in tears of joy. The tweet claims that poverty has been alleviated in the area given that now local residents have access to high-quality medical care and affordable medicines.

Another promoted tweet, from July 4, 2019 included a video purportedly taken in Xinjiang, in which people are seen shopping in the street and eating in restaurants to a soundtrack of piano music. The video describes riots in 2009 that occurred in Urumqi, the capital of Xinjiang, and states that residents there now live a happy and peaceful life because they work together to fight terrorism and extremism.

Some analysts have also investigated China’s efforts in using Twitter to change global opinion. The sanctions are also a continuation of the bad case of being forced to work in Xinjiang.

This has made Biden to pressure China on the Uighur issue. On March 22, 2021, under the Biden administration, the United States imposed sanctions on China’s Committee of Secretary, Wang Junzheng, Director of the Xinjiang Public Security Bureau, Chen Mingguo, and Communist Party Secretary, Wang Mingshan. The sanction also includes the case of workers being forced in Xinjiang.

From the beginning, the humanitarian principles of Joe Biden’s policy has been strong especially after hearing the Beijing Government abused its power towards Uighur Muslims in Xinjiang.

This development of the Twitter war has catched the Chinese government have a little space to defend itself. Moveover, on the Biden administration, POTUS account and President Biden’s account still exist.

Weibo has a chance

The attempted blockade of China’ presence in Twitter is moving forward and it will make it difficult for China to counter the Western narrative. Thus, the Chinese government should find an alternative by using Weibo, a Chinese giant of social media.

In the beginning, Weibo was only used among Chinese citizens. The platform is used by the government’s propaganda to raise patriotism among its citizens. Therefore, China authorities also adopt a censorship policy to counter anti-China narratives in the platform.

Presently, Chinese social media giant Weibo is making a push into foreign markets and is considering launching new products in different languages. Weibo Sports senior operations director Zhang Zhe added that Weibo is also looking into hiving off new, more niche products in different languages including English, partly inspired by the success of China’s TikTok overseas like a Bytedance did on basketball’s NBA in the US.

He also asserted that Weibo, with English version, can go worldwide like TikTok did, “We want to go step by step. We don’t want to take a big jump so that’s why we don’t have concrete plans for international expansion yet. We also believe that the Chinese in China and globally are a very huge market and our main focus now is really to make sure that we deliver in this market.”

Chinese must use these advantages to save its image in the world. The Chinese can bring forth the Xinjiang issue globally like what China’s media did on Twitter. Beijing can also use its platform to play a bigger role in the global market and to compete with the U.S’ technology.

Lastly, with an English version, Weibo the Chinese government can steer unfavorable public opinion and also give a resistance from the West leverage.