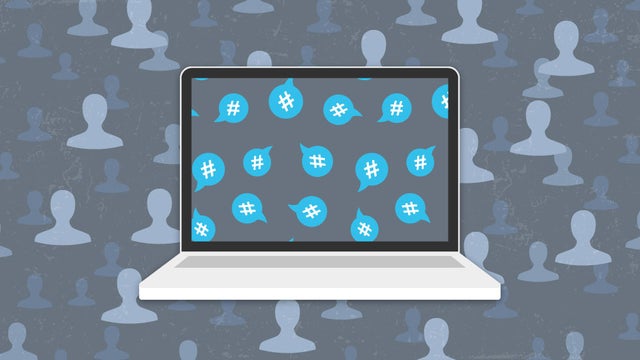 Over the last few years, Chinese state media organs have accelerated a campaign to leverage U.S. social media platforms – namely, Twitter – to promote the Chinese Communist Party’s (CCP) narrative on several issues. All of China’s major state media outlets have Twitter accounts, through which they regularly disseminate a variety of material.Hu Xijin, who heads the state-run Global Times, has become the government’s de facto English-language commentator on trade tensions with the United States.

Beyond this, Chinese Ambassador to the United States Cui Tiankai launched an account to share the party line on the recent Hong Kong protests and the Taiwan independence movement. Chinese state media outlets have even targeted a U.S. diplomat for meeting with Hong Kong activist Joshua Wong, exposing her personal information and drawing a stern rebuke from the U.S. State Department.

The irony of this trend is not lost on anyone with some familiarity of China’s censorship regime. That China’s state-sponsored propaganda can freely subsist in the virtual echo chambers of Twitter while the platform is blocked entirely on the Chinese mainland is certainly a less than reciprocal arrangement. But beyond this, the circulation of propaganda by certain Chinese state media outlets throughout the United States via Twitter in its current form appears to be in violation of U.S. law.

Last fall, under the tenure of Attorney General Jeff Sessions, the Department of Justice (DOJ) directed Xinhua News Agency and CGTN to register as foreign agents per the provisions of the Foreign Agents Registration Act, or FARA. Xinhua is China’s major state-run media outlet, while CGTN is China Central Television’s overseas operation (the English-language China Daily has also been registered since 1983). This was indeed a major step toward ensuring that these entities meet the comprehensive disclosure requirements for foreign lobbyists seeking to influence U.S. politics. A critical aspect of their activity that has gone unpunished, however, is their unbridled sharing of CCP narratives on Twitter.

Per the DOJ, Section 4 of FARA “outlines the responsibilities of a registrant who disseminates informational materials on behalf of a foreign principal.” Section 4(b) of the law effectively requires that such entities provide a disclaimer on any informational materials disseminated that includes “a conspicuous statement that the materials are distributed by the agent on behalf of the foreign principal, and that additional information is on file with the Department of Justice.”

While it is unclear whether CGTN and China Daily (Xinhua has yet to register) have been regularly providing the DOJ with copies of each of their tweets (let’s just say it’s unlikely), their tweets currently do not include any obvious indication that they are being transmitted on behalf of the foreign principal, the Chinese government. More broadly, as a matter of policy, Twitter does not even distinguish between such foreign agents, their employees, and the rest of the Twitter user base. To date, the only means of distinguishing one’s account is the coveted “verified” status, which, according to Twitter, is granted to accounts “of public interest.”

Twitter providing foreign agents like CGTN and China Daily with the legitimacy that comes with the verified status without making clear that they are registered foreign agents is negligent, if not irresponsible, and warrants a review of this policy. But regardless, the frequent activity of these accounts on the platform – which most certainly falls under the umbrella of “informational materials for or in the interests of such foreign principal” – deserves the attention of the DOJ.

There is undoubtedly a lack of enforcement in this area, and the specifics of how the provision should be applied can be debated by the relevant authorities and Twitter personnel. Indeed, the attorney general has the statutory authority to “define what constitutes a conspicuous statement,” or disclaimer label. But the need for action is obvious. If our government considers Russian bot posts a threat to election security, and Twitter regularly takes action to combat such disinformation, then why are similar campaigns by Chinese state actors any less concerning?

Say what you will about China’s censorship regime and its ability to control narratives within its own borders. But Twitter is a U.S. company with more than 300 million active monthly users and, for better or worse, serves as the primary mouthpiece of the sitting U.S. president.

As a platform, it carries significant weight in U.S. politics. It thus bears significant responsibility, not only to help foster a secure election environment but also to prevent state-sponsored disinformation campaigns from gaining traction in U.S. political discourse through unfettered, noncompliant distribution of propaganda.

Given that the expressed purpose of FARA itself is to “protect the national defense, internal security, and foreign relations of the United States,” a first step toward this aim would be for the DOJ to require CGTN and China Daily, and eventually Xinhua (and by extension, other foreign agents like Sputnik and RT), to provide the required disclaimers on all media shared via Twitter and work with the company to hammer out the specifics of how this would be implemented.

We do not censor in the United States, and state-sponsored propaganda outlets should still be free to partake in the marketplace of ideas and enjoy the first amendment rights that often do not exist in their home country. But first and foremost, they must comply with existing U.S. law.

Austin Lowe is a Washington, DC-based consultant and analyst specializing in U.S.-China relations and Asia policy.