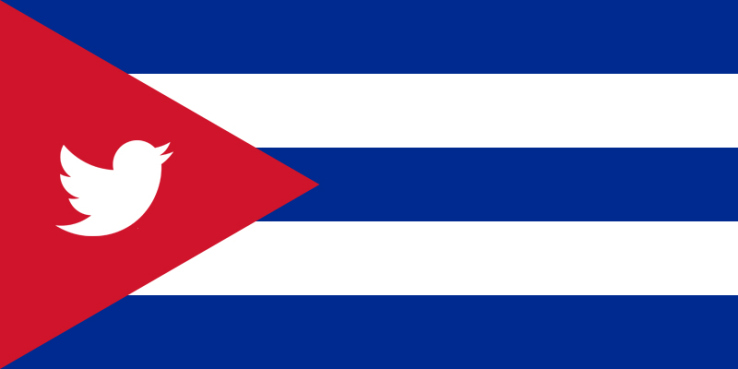 Finding that program funded by USAid could be damaging to groups working to increase access to technology, say analysts

The revelation that a US government-funded program set up a cellphone-based social network in Cuba is likely to pose new challenges for independent bloggers and exile groups that work to increase access to technology.

Yoani Sanchez, the island’s most prominent dissident, began her activism with a blog and now has nearly 600,000 followers on Twitter. She also is on the verge of starting a digital news project.

In recent years, exile groups in Miami have tried to help Cubans break through the technology divide by sending computers, laptops and flash drives to store and share information.

Sanchez and others have gone to pains to say they are not supported by the US government. Yet even without any connection, analysts say findings by the Associated Press that the US Agency for International Development (USAid) oversaw the financing and creation of a mobile phone network used by more than 40,000 people could be damaging.

“It’s going to be much more difficult for Yoani Sanchez to do the things she wanted to do,” said Andy Gomez, a retired Cuba scholar from the University of Miami and senior policy adviser with the law firm Poblete Tamargo. “I think the Cuban government is going to say, ‘You see, this is probably funded by some of the USAid funding.'”

That renewed skepticism of dissidents and exiles on the island was already apparent in Cuba’s official media on Friday. The state news agency Prensa Latina recalled a 1 January speech in which President Raúl Castro warned of “attempts to subtly introduce platforms for neoliberal thought and for the restoration of neocolonial capitalism”.

“Castro’s denunciations of the US government’s destabilising attempts against Cuba were corroborated by today’s revelation of a plan to push Cuban youth toward the counterrevolution, with the participation of a US agency,” Prensa Latina said.

Ted Henken, a professor at Baruch College who helped organise part of Sanchez’s tour to the US last year, said he felt Sanchez would not be affected in the long term.

“In the short-term, however, it will complicate her project,” he said.

US officials have defended the program, a “Cuban Twitter” that operated from 2010 until 2012.

The AP investigation found the US government set up the network to undermine the island’s communist government. Tens of thousands of Cubans signed up for the service known as ZunZuneo, which is slang for a Cuban hummingbird’s tweet. The network allowed users to send and receive text messages, mostly news, sports and entertainment clips.

US officials say that the program was in line with USAid’s mission, that the Obama administration had offered to discuss funding for the program with several congressional committees, and that it wasn’t a covert operation requiring White House approval.

Users of the network, however, did not know it was created by the US government.

The findings come the same week that Sanchez told an audience in Miami that she plans to launch her digital news network this month, using email, texts, and flash drives to spread the work of independent journalists. She has not commented publicly on the ZunZuneo network. Henken and others, however, voiced concern about the fallout for her.

“Cuban authorities already try to paint critical bloggers like Yoani Sanchez as US-funded mercenaries, and the report about ZunZuneo will only give them more ammunition,” said Emily Parker, a former State Department policy adviser and author of the book Now I Know Who My Comrades Are, a portrait of internet activists in China, Cuba and Russia.

Parker said she is especially concerned for less well-known bloggers, who lack the international visibility that Sanchez has.

“Authorities are now even more likely to paint such bloggers as US-funded subversives,” she said.

The Cuban-American community has gradually been shifting its approach in how to best bring about change on the island. While in the early days after the 1959 revolution, the community favoured strong-arm tactics such as the failed Bay of Pigs invasion, it increasingly has turned to soft-power tactics with the belief that change should come from within.

Those tactics have included cultural exchanges as well as sending hundreds of cellphones, flash drives and computers to Cuba. Many of the groups have been explicit in stating that they are not political. Their work could now come under a suspicious eye as well.

“It’s damaging to Americans who try and do good things in Cuba,” said Philip Peters, a longtime Cuba analyst and head of the Cuba Research Center in Virginia. “It makes the Cubans question whether they’re really part of a covert US government program.”

Cuba has one of the lowest internet penetration rates in the world, and many in the Cuban-American community expressed support for a social-media network such as ZunZuneo on the island.

Others, though, fear that the US-backed program will backfire.

Arturo Lopez Levy, a Cuban-born economist who lectures at the University of Denver, has written columns advocating for open internet access in Cuba in journals published on the island. As an adviser to the group Cuban Americans for Engagement, he has encouraged people to take cellphones and laptops to Cuba.

He said he anticipates more people on the island will now question him.

“It’s unfortunate that the Obama administration didn’t calculate the harm that they can do to America’s soft power,” he said.