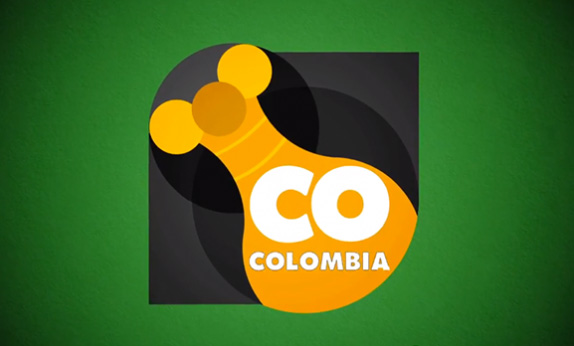 This item has been corrected.

In less than four years, more than 1.6 million individuals and businesses, mostly start-ups, have created a website with an address ending with .co. That is a staggering number for a new top-level domain (the last bit of a web address). Contrast that with .biz, which was introduced in 2000 and by April last year had chalked up just 2.4 million registrations.

People went to .co because, on .com, with over 111 million registrations, the short, simple names are mostly taken. They went also because .co is one letter shorter than .com, which matters in the age of Twitter. But most of all, they went because some very canny marketing convinced them that it’s where sexy, innovative start-ups go.

Of course, .co is not a new top-level domain like the 1,000 or more being introduced this year; it’s the one that was assigned in 1991 to Colombia. Juan Diego Calle, a Colombian-American entrepreneur, won the contract to run it in 2009, after years of effort and a 1,165-page bid. In exchange for exclusive rights to market .co, Calle pays a fee to the Colombian government that goes towards improving the country’s internet infrastructure.

How to market a two-letter product

But Calle then had to convince the world that .co was worth buying. A .com address is recognizable; it has some degree of legitimacy. Newer entrants such as .name, .jobs, and .travel have steadfastly refused to take off. To gain traction, Calle decided to target the ample supply of tech start-ups.

Two factors made .co successful. One was what Calle calls “brand protection.” When new domains launch, professional domain-buyers pick up hundreds of common nouns. Less scrupulous ones also buy trademarked names to try to sell to the trademarks’ owners. Calle wanted big companies to be sure that .co was professionally managed, so he reserved and gave away for free domain names to tech companies and to businesses like American Express. “That generated a lot of goodwill,” says Calle. Big brands have since adopted .co with gusto: Twitter’s Biz Stone used it for his new service Jelly; Jelly.com belongs to a food company.

The second factor was getting the tech industry on board. Calle gave away domains to big firms such as Twitter, which now uses t.co as a URL shortener. AngelList, a website where start-ups meet investors, also picked up a .co domain, giving it legitimacy in the eyes of the start-ups that frequent it. Calle says the fact that .co was a start-up itself lent credence to the notion that it understood other startups. To add to that credence, he started the “.co membership program,” which gives its customers free passes to conferences and connections to other start-ups and investors.

Calle’s success with .co holds a lesson for other companies entering the domain-name business this year. Web addresses ending in everything from .ninja and .guru to .web and .xyz will soon be available. If Calle’s experience is anything to go by, extra services and fancy packaging will be just as important to customers as a snazzy name. These services could include web hosting, email, and help with building webpages, as well as building and nurturing a community of like-minded companies. On its own, a domain name is just an empty piece of land. But build an office block with an efficient mailroom, support staff, and a program of business services, and the value shoots up.

Correction (Sept. 15, 2013): An earlier version of this article incorrectly stated that Google received g.co for free. In fact, Google paid for it.