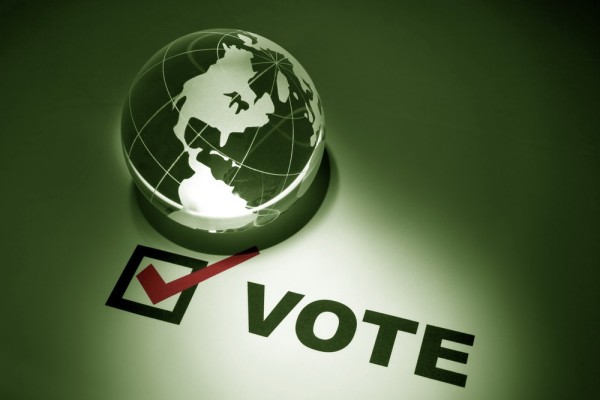 The UK should consider allowing internet voting in elections as the current system risks appearing alien and outdated to an increasingly disenfranchised younger generation, the election watchdog has said.

Launching a review of modern voting, the head of the Electoral Commission, Jenny Watson, warned that the state of the electoral system was “not an issue that can stay on the slow track any longer”.The long-term trend of falling voter turnout was particularly marked among the young, she said.

Watson said the election watchdog would examine a range of ways to make voting more accessible, including the “radical” option of internet voting and US-style same-day registration for those not on the electoral roll.

“Whether it is the ability to register to vote on the day of the election, or voters being able to use any polling station in their constituency, or the introduction of advance voting, or even more radical options such as e-voting, we plan to look at a variety of options, assessing how they will help citizens engage more effectively,” she said.

Watson said online registration was welcome but did not add up to an ambitious, comprehensive modernisation strategy.

With some polls showing 76% of pensioners voting compared with 44% of eligible under-25s, the Electoral Commission said more could be done to make the system more reflective of wider society.

“By doing so we could by proxy help address some of the issues with turnout, particular amongst an increasingly disenfranchised younger generation,” Watson said. “Unless our electoral system keeps pace with the way many voters live the rest of their lives – where the way they bank and the way they shop has been transformed – it risks being seen as increasingly alien and outdated, particularly to young voters as they use it for the first time.”

She said critics should not see change as a move towards making the electoral system like The X Factor, as society must make sure voting is seen as a “serious and important civic act”.

Stressing the importance of a balance between accessibility and protection against electoral fraud, Watson added: “There needs to be a proper focus on how the system can keep that balance as well as changing to help address the declining levels of participation that anyone that cares about elections should be worried about.

“Electoral registration will make the system more secure whilst ensuring that each individual is responsible for their own vote, replacing the outdated 19th-century concept that a single ‘head of the household’ is responsible for registering everyone.”

The government is already introducing online voter registration, but Labour is looking at further measures including allowing people to register to vote on election day.

Some experts fear that large numbers of people will drop off the electoral register and will have to sign up again when the government moves to individual, as opposed to household, voter registration this summer.

The Electoral Reform Society has warned that this number could sharply increase with the introduction of individual electoral registration, saying the proposals, if implemented badly, could have a “devastating impact on British democracy by alienating millions of voters right before the 2015 general election”.

However, the Cabinet Office insists the new system will make registering to vote more convenient.

Boosting electoral registration is just one aspect of tackling the problem of declining democratic participation, particularly among the young, which is worrying politicians from the former Labour home secretary David Blunkett to Chloe Smith, the former coalition minister in charge of electoral reform.

In December, the Guardian published ICM research showing nearly half of Britons say they are angry with politics and politicians, in a survey analysing the disconnection between British people and their democracy.

When Harold Wilson won the 1964 election, more than three-quarters of people cast their vote and turnout was roughly equal across the generations. But, according to data from Ipsos Mori, at the last election 76% of over-65s were still voting while only 44% of those aged 18-24 were doing so.