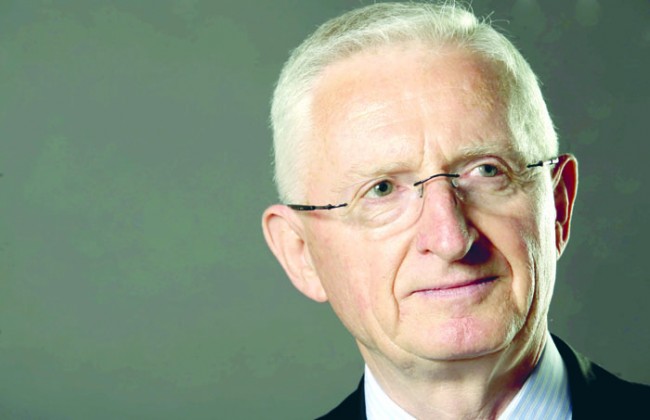 In an interview with the Voice of Russia Zivadin Jovanovic, the former and last Foreign Minister of the Federal Republic of Yugoslavia and the Chairman of the Belgrade Forum for a World of Equals stated that global interventionism is propped up by United States using NATO as a tool to pass the burden and consequences of the world economic crisis to the back bone of other countries.

“I would like to add to this consideration another element, this is element of the world economic and financial crisis which seem not to be ending in foreseeable future. And I see that this global interventionism which is propped up by United States using NATO as a tool and I see that they actually are trying to pass the burden and consequences of the world economic crisis provoked by themselves to the back bone of other countries, especially to those countries which are rich with strategic minerals, strategic energy resources and so on in order to safeguard their privileged position and their good living standards and their privileged position in world economic relations. They are not ready to give up,” Jovanovic said.

“The victims of the world crisis are generally speaking poorer countries of the world, countries rich with energy and strategic mineral resources and the population of the West equally as the population all over the world. I think the hardest hit are peoples of Africa, of Asia, of Latin America and so on. And this using NATO as a tool of corporate capitalism is aimed at preserving privileged position of these corporate capital companies to preserve the monopolies and privileged position of industrial financial capital and especially military-industrial sector. And so, actually, all of us we are victims of militarization of Europe and militarization of the world relations in general,” he added.

“I think that we should be aware of that military factor is dominating economy, dominating trade, dominating politics. And it is just a reason to ask a question: where we are leading to? Where does it lead to, and what is the future of such a strategy? I think we are faced with a very disturbing development and we should not allow ourselves such a luxury to become wise when it is useless, when it is late. We should be aware now, although we should have been aware much earlier,” Jovanovic said.

“I myself as a Minister of Foreign Affairs of Yugoslavia in 1999, when there was aggression of NATO against my country, I said: ‘Do you understand who is next?’ Today we know who were, who have been next so far. But each time, each stage has, let’s say, more ambitious objective of this military-industrial sector,” Jovanovic said and added “So, Serbia was a very tiny, small sanctions exhausted country, it was not perhaps so risky to attack by the strongest military alliance in the history of civilization. But later on they were going on and we know that they were attacking much bigger countries and having a plan to expand this. And I think all leads us to one conclusion: developments in the world relations, and especially in Europe, are very, very disturbing. Let us be aware about it.”