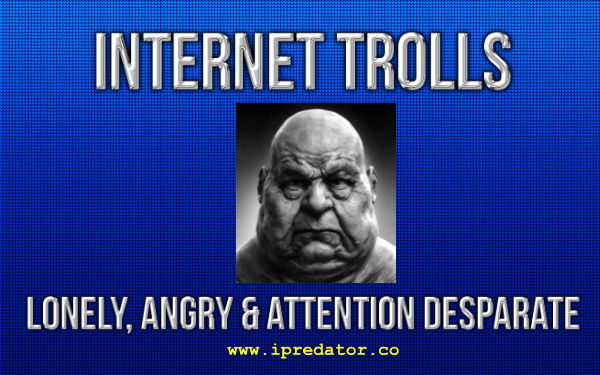 Judging by trending social media #hashtags, the world is nearing an apocalyptic Battle Royale waiting for the Four Horsemen to post an Instagram selfie.

Alongside every controversial topic is the digital phlegm spewed by the annoying, relentless, seemingly ubiquitous presence of modern cretins known as “trolls.”

A “troll” is “one who posts a deliberately provocative message to a newsgroup or message board with the intention of causing maximum disruption and argument” according to Urban Dictionary.

Personally, I have a rich, endearing history with trolls after writing the investigative report Fear, Inc.: The Roots of the Islamophobia Network in America in 2011.

I wrestled with the “Islamophobia Industry” at the height of their notoriety and powers. Through social media, Islamophobes and their online followers subsequently tried to bully, mock, harass, and defame me. I even received poorly written death threats in CAPITAL LETTERS filled with amusing (but pathetic) spelling and grammar mistakes.

Sadly, if you’re a cowboy entering the digital arena, you’re going to have to ride this ornery bull.

This ain’t my first rodeo and it certainly won’t be my last.

Allow me to be Brown Buffalo Bill and dispense some unsolicited, hopefully-useful wisdom gained from dealing with these unsavory digital Orcs.

1)      Keep perspective. Always remember there is a rich, vast universe outside Twitter and social media that can converse without snark and emojis. Angry, online trolls might appear like an army of Orcs due to their incessant stream of tweets, Facebook messages and emails. However, they are usually just a handful of reactionaries with opposable thumbs that click knee-jerk, emotional responses on a smartphone. So…

2)      Ignore the trolls. Never feed them. Ever. You have to treat them like Mogwai from the quasi-racist classic Gremlins:  Never feed the trolls (before or after midnight)…If you just can’t resist, limit. One digital response, tops. Always know the messages can be used against you. By engaging with trolls, you empower them and validate their obnoxious presence.

3)      Be like Bugs Bunny. But never Daffy Duck. Remember Bugs? Even though Elmer Fudd chased him with a shotgun and Yosemite Sam scolded him as he fired off his revolvers, Bugs always remained cool, calm, and collected. Like Bugs, always stay two steps ahead and be armed with wit and confidence.

I responded, “Thank you for the suggestion. I’ll consider it for dinner.”

4)      Like politics, Trolling is a game played in the sewers. If you engage them, realize you will only emerge dirty.

5)      Fights are like dates – you don’t have to accept every invitation. Only amateurs, people with tremendous, blood-curdling insecurity, or anxiety-riddle desperation do that. Be judicious with your troll-invite acceptances. Value your precious time, and most importantly, value your dignity.

6)      You are above the trolls, so keep looking up. If you look down, you will see irate individuals reveling in their irrelevance.

7)      Social media has a shorter life span than CW sitcoms. This epic controversy that has overwhelmed your life shall pass. Yes, even this shall pass. On social media, most chatter dies off within a few days. Remember #CancelColbert? Exactly. People have more important things to talk about like cats playing musical instruments.

8)      Don’t waste your time disproving negatives. You should never walk into that frame.  It’s always a trap and a waste of time attempting to prove yourself to a jury that has already sentenced you to execution.

9)      Ignoring is a response. To quote super baller, tennis player Venus Williams, “I don’t focus on what I’m up against. I focus on my goals and I try to ignore the rest.”

10)   Finally, always own your narrative with confidence and take proactive opportunities to articulate your story. No one can take away your story from you, unless you let them. Sometimes that means writing outside the limitations of 140 characters and a Facebook post.

And with that, I wish you the best of luck in your troll hunting ventures!