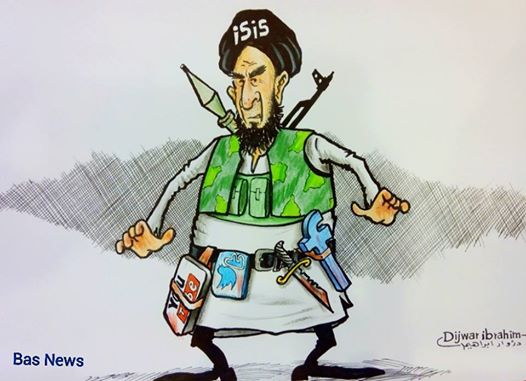 ISIS is planning to hack western TV channels and infiltrate the Russian version of Facebook to ensure its propaganda strategy is still spread online to would-be members.

Several users peddling the Islamic State message had their social network accounts suspended this week, in the wake of the horrific video showing the murder of US journalist James Foley.

YouTube and Twitter were among the social network sites which announced it would suspend any accounts of those who played a part in circulating the video.

Scroll down for video 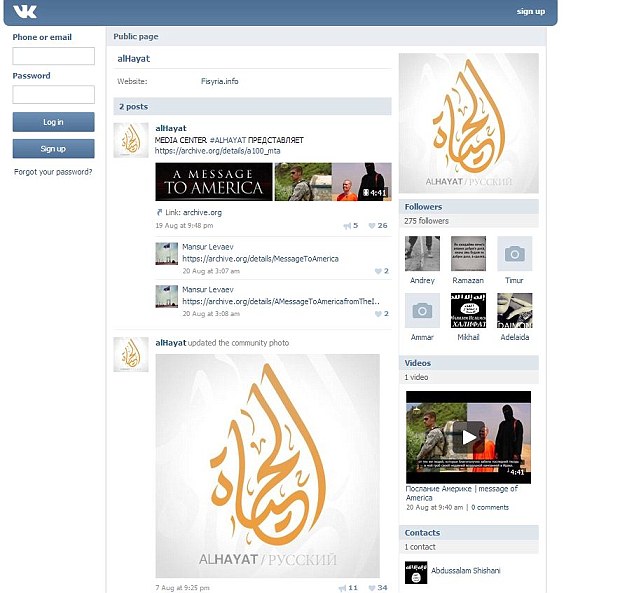 ISIS might have had several of its groups and accounts shut down on more mainstream social media sites – but it has now reverted to Vkontakte, the second largest social network site in Europe, in a bid to keep spreading its message

Since then, ISIS – which spreads its message through a heavy social media presence – has been forced to come up with a new strategy to counter the suspension of accounts.

According to Vocativ.com, the organisation has published a five-point plan on one of its official forums, guiding users about how to continue sharing the ISIS message online.

The first prong of their alternative plan is to redirect supports of the Islamic State to social networks other than Twitter.

The members are also being encouraged to upload videos onto other sites other than YouTube.

ISIS appears to have alreadu turned to VKontakte, the second largest social network service in Europe, which is particularly popular among Russian speakers. 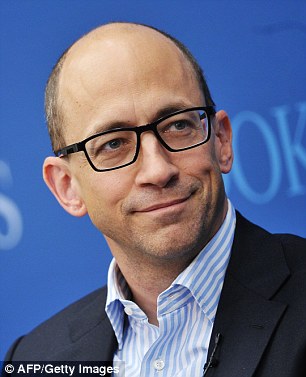 Al-Hayat, the official media wing of ISIS, yesterday launched a page on the site, which has already more than 270 followers.

The video of Foley’s murder, as well as several other gruesome photos, are published on the group.

Other users have attempted to set up pages on the site under the ISIS banner, but several have been ‘suspended due to calls to violent actions’, according to the website.

The five-stage plan also describes how users should hack into and disrupt Western television channels, as well as build an alternative server to support the publications of the Islamic State.

The message also says that ISIS members should find an alternative site to JustPaste – a site which unwittingly became a crucial tool in ISIS’s propoganda.

The site allowed users to post material, without having to register online. But that site has also issued a recent crackdown on ISIS members.

The group has also attempted to set-up on Diaspora, a ‘community-run’ network with no central server.

Although the site’s founders said they were struggling to stop the growing number of ISIS supporters promoting activities on the site, all accounts promoted in the ISIS forums appear to have already been shut down.

The plan has come since Wednesday’s announcement from Twitter CEO Dick Costolo that any users who shared the graphic images of Mr Foley’s beheading would have their account suspended. 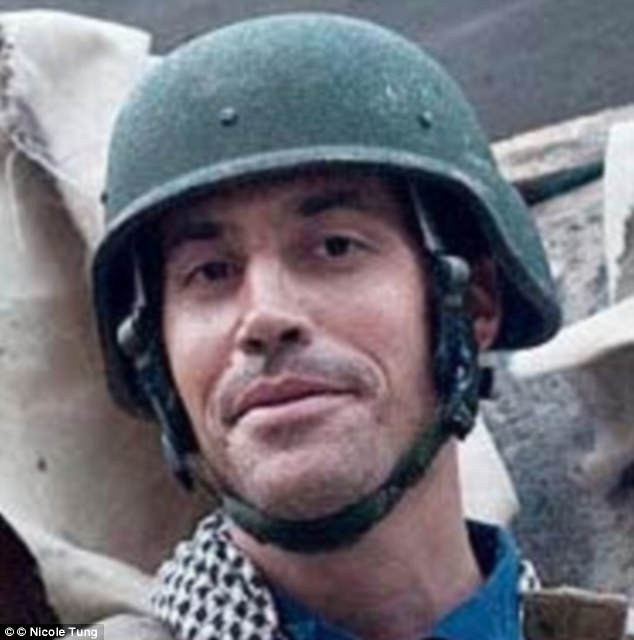 Several ISIS accounts on Twitter and YouTube were suspended after the video of James Foley’s murder was circulated. The group has now come up with a five-prong plan to get around the bans

YouTube also announced it would shut down any account registered by a member of a designated foreign terrorist organisation. It also said it would remove any videos of the murder.

The Metropolitan Police also warned that ‘viewing, downloading or disseminating extremist material within the UK may constitute an offence under terrorism legislation’.

A Twitter campaign urged the public to remember James Foley for how he lived, not how he was murdered.

Mr Foley’s friends and colleagues have posted pictures of him at work in Syria, and also shared some of the photographs he has taken in warzones.

By Steph Cockroft for MailOnline