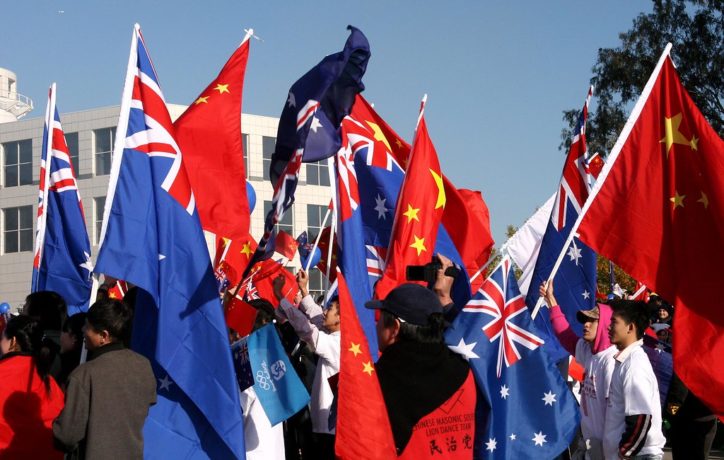 As we move into the third decade of ‘The Asian Century’, there is a dawning consciousness in Britain and across Europe of the complex challenges and opportunities compelled by the rise of China. While we are just beginning to understand the true nature of the consequences for our security and sovereignty, geographical realities and economic imperatives mean Australia is light years ahead on these issues.

China continues to expand its reach and influence in Britain, across spheres of academia, finance, technology, infrastructure, energy, defence and diplomacy – yet it is clear that the freedoms of the market have not encouraged its leaders to gift the freedoms of democracy to its people. Recognising that its interests differ tremendously from our own, we must consider how best to seize the opportunities of engagement, but also take seriously the very genuine threats China poses to our security – and our values.

Australia’s first-hand experience in grappling with China’s tangible risks and rewards offers an important lesson to a ‘truly global’ Britain. This event will bring together Australia’s former High Commissioner to the United Kingdom, Alexander Downer AC, alongside leading Australian journalist Latika Bourke, and China expert Professor Rana Mitter, to discuss what Britain can learn from Australia on China – as well as other areas of fascinating UK-Australia comparison, including immigration and trade policy.

The event will be livestreamed on our Twitter and photos will be taken. If you have any questions regarding the event, please don’t hesitate to contact matt.gillow@bfpg.co.uk.

Disclaimer(s): By signing up to this event, you consent to receiving British Foreign Policy Group e-mailings. You are free to opt-out of BFPG updates at any time. Due to high demand, registering to this event does not guarantee you a seat.

You can get tickets to the event here.