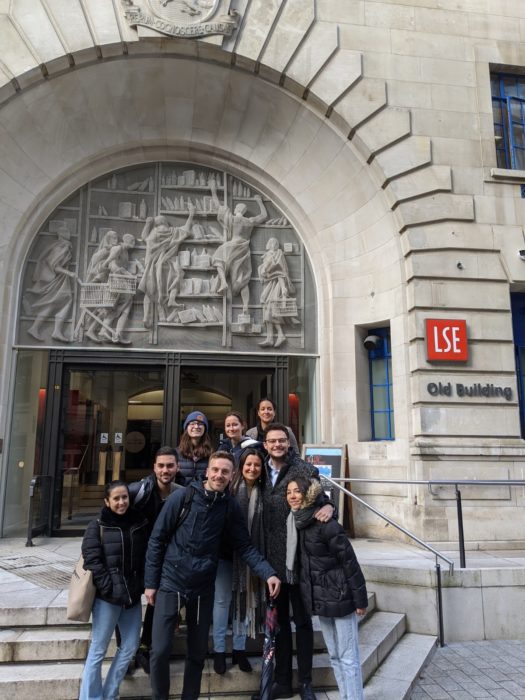 About a year ago, I decided to quit my job in Sarajevo and move to London in order to pursue my second master’s in something called Psychology of Economic Life. Inevitably, as part of that decision, several others had to be made as well. Those included, but were not limited to, the decision to trade a well-paying job for a life on a student budget; strong ties with people I love most in the world for what would, at least initially, be strangers; and my own comfortable place in Sarajevo for a flat share in London. In short, I had decided to trade the known for the unknown.

Back in Sarajevo, reminiscing about the past twelve months and writing these lines, I ask myself whether it was worth it. Would I do it again? Oh, absolutely! And, honestly, so should you…

For all those things I traded were nothing compared to the ones gained. Studying in the UK has been one of the most unique and fulfilling experiences of my life. If I were to describe the experience of the last 12 months in one word, it would be… formative.

Being an economist, for better or worse, let me bore you with a basic economic calculation. The average tuition fee for a one-year master’s degree in the UK is worth around four average annual salaries in BiH and that doesn’t even include the living costs (don’t get me started on that). What I wish to say is that for the vast majority of people in BiH — no matter how bright, accomplished or devoted they are — studying in the UK is almost unattainable. Really, for most people, attending a university in the UK would remain an unfulfilled dream, if it wasn’t for the Chevening Scholarship. Often in life, when things appear to be too good to be true, they usually turn out to be exactly that. Yet, Chevening is one of the most beautiful exceptions to this rule. Here you have a foreign government that pays for your education, living expenses, books, flight and visa, in short, for everything, so that you can study at some of the most prestigious places on earth. What’s even more fascinating, the UK is not doing this for its own benefit by draining other countries of their youth and talent. No, as part of the scholarship you are actually required to go back to your country and contribute to your society. Even as I’m writing these lines and having experienced it myself, it somehow still sounds unbelievable.

Now, for all those cynics who claim that the pandemic has shown that universities are obsolete and that the future of education lies online — seriously, shut up, you have no clue what you’re talking about. Studying in the UK is so much more than your formal education. To be sure, I’ve been blessed with the best professors I’ve ever had the privilege to encounter. Thanks to them, I feel like I now possess a universal key that allows me to open so many doors. Things, previously obscure and confusing, have finally started to make sense.

But, at the end of the day, it’s the whole intellectual environment that matters. One of Guy Ritchie’s famous movies begins with a quote from an alleged book called The Fundamentals of Chess, which says that ‘the only way to get smarter is by playing a smarter opponent.’ Now, while the book does not really exist, the quote itself holds a fundamental truth. You really do become a better version of yourself by competing with some of the brightest people from all around the world, which the UK universities regularly attract. The fact that you also form lasting bonds with some of them and suddenly come to realise that you now have friends from Argentina to South Africa makes all the difference in the world. You don’t really get that online. And finally, there is also the whole experience of living in the UK and the beauty of living in a diverse city like London. Being exposed to so many different people, ideas, tastes and smells truly makes you feel like a citizen of the world and that’s a bloody good feeling. And the humour… God, how I loved the British humour.

From the White Cliffs of Dover to some of the most stunning landscapes in Scotland. From the charming Oxford to the bustling London, it is incredible how many memories one can squeeze into just one year. To be honest, there were so many other things that I wished to experience and see, but a vicious virus unfortunately put an end to these plans.

Nevertheless, one month ago, I received an email from Santander Cycles — London’s public bicycle hire scheme — informing me about the total number of rides I took during the lockdown and the distance I covered: 62 rides and 314 kilometers! Riding the bike through the empty streets of London, meeting up with friends in various parks and getting to know every corner of the city will forever remain one of the most special memories of my life. And that’s the thing. There is always something to do and there is always something to see.

At the end of this journey, life will never be the same, which is the greatest beauty and gift this scholarship will give to you.

So, if you’re reading these lines and thinking about whether to apply for the Chevening Scholarship, stop right now and do it. It will be worth it, I promise you, and you will forever be changed.