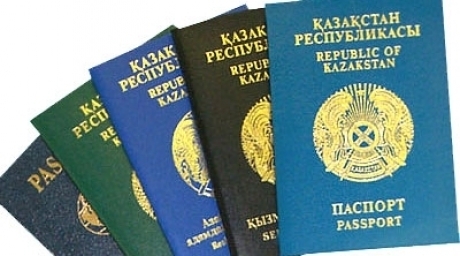 The Kazakh public sector is a firm believer in the power of digital, including using Whatsapp as an internal comms tool and leveraging Twitter’s crisis prevention potential.

Staff at the Ministry of Foreign Affairs in the Kazakh capital Astana have been using Whatsapp since 2012 to communicate with members of their teams and organize their work.

I caught up with Bulat Sugurbayev (pictured right), Deputy Chairman of the International Information Committee (IIC), to find out what else his Ministry, a staunch believer in the power of social media, has been doing in this space.

When 60 Kazakh tourists got stranded at Israel’s Ben Gurion airport recently during the crisis in Gaza with no flight to take them back, the Ministry of Foreign Affairs (MFA) became aware of the situation through Twitter. The group had taken off from Turkey for a one-day trip to Israel and was certainly not expecting to have to spend the night near a war zone. A friend of one of the desperate tourists took to Twitter and addressed the MFA at @mfa_kz alerting them of the problem. The ministry sent out tweets reassuring the group and informing them that they were working on a solution. The situation then deteriorated when the tour operator decided to put up part of the group in a hotel in the West Bank, as it was significantly less expensive than those in Israel. That’s when a tourist posted a picture on Instagram and mentioned in the caption a building on fire and tear gas very close to the hotel. The photo prompted the Kazakh consul in Israel to get into his car and drive to the rescue of the group.

2. Expect your Twitter Q&A to go a long way

Sugurbayev thinks that the friend of the marooned tourist might have known how to alert the MFA thanks to a Q&A Foreign Affairs Minister Erlan Idrissov (pictured below) ran on Twitter on 2nd July, Kazakhstan’s Diplomats Day.Hundreds of messages circulated on the Twittersphere at the time under the hashtag #Askmfakz.

What had started as an outreach initiative became an important component of a crisis prevention plan. The minister’s Q&A has been so well received that the IIC team is looking into organising it more often than once a year. Originally planned to last 40 minutes, it ran for two and a half hours. Questions ranged from “What’s your favorite band?” to “How many women are working in the MFA and how many in senior positions?”

The IIC team has learned to adjust the content posted on the MFA’s Facebook page thanks to criticism received from one of their followers. They have replaced lengthy copy with photos, shorter and more informal posts.

This has taught them a great deal about the importance of using images on this platform. The MFA operate in three languages: Kazakh, Russian and English. In the early days of the ministry’s Facebook presence, posts used to consist of three sentences, one in each language with links to the respective web sites. But followers did not find this appealing, so the team changed strategy and began to create three separate posts, one for each language and each one with a different image. “You can’t flood people’s Facebook feeds with the same image posted three times”.

4. Trust your staff to find an alternative to email

A large part of the IIC’s day-to-day work in is conducted not on the phone or via email, but rather on the mobile messaging app Whatsapp. The team began to use it two years ago to conduct informal conversations like commenting on the news. The Whatsapp group then grew to comprise the entire department of 27 and soon became an established work tool. The team uses it for general tasks like managing the approval process of urgent unclassified documents or keeping in touch while travelling on foreign missions. Although larger files are still sent by email, the recipients are first alerted via Whatsapp and asked to check their inbox.

According to Sugurbayev, being allowed to use the mobile app has done wonders for team building. “People feel freer to comment on Whatsapp. They are more willing to show their human side. You get a sense of how they really are”.

5. Use social media to prepare the ground

Future plans include strengthening the MFA’s presence on Flickr and Instagram, which is growing in Kazakhstan. The idea is to use the platforms as unofficial repository of images documenting the minister’s visits, multilevel talks and other activities.

Social media is bound to play a crucial role in the next few years. Expo, the international exposition, is scheduled to take place in Astana in 2017 and will focus on the theme of ‘Future Energy’. The Kazakh government has been using social media to promote the event among its citizens and convince them of the advantages of hosting such a high-level event in their country.