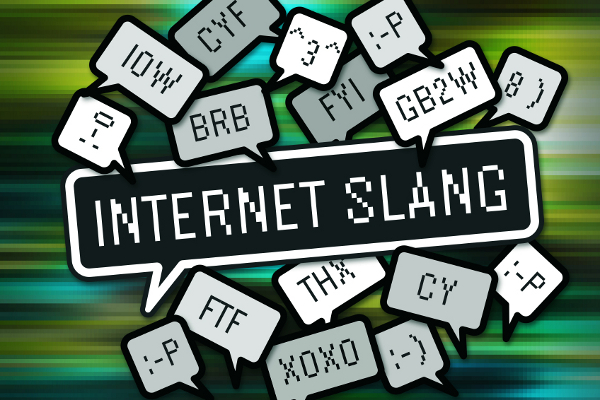 Breaking: new chief of slangy internet site doesn’t want it to sound quite so much like a slangy internet site. Incoming Gawker editor Max Read has issued a stern memo to his writers warning them against using such webspeak as “derp”, “lulz”, ftw (“for the win”), and “amazeballs”. Why? Because, as Read puts it: “We want to sound like regular adult human beings, not BuzzFeed writers or Reddit commenters.”

It is worth unpacking this delicious sentence at our leisure. First, we encounter the idea that anyone using “internet slang” is not a “regular adult human being”. Such an unfortunate must be either an irregular adult human being – perhaps one with chaotic habits of dress or diet, or one who is just, you know, weird – or a regular but non-adult human being. Teenagers! Who knows what language they are speaking these days, right?

As it happens, I – and perhaps you – know adult human beings who use “WTF” and “LOL” not just in writing but in ordinary conversation, too. I sometimes even say “pwn” (to own or conquer). Overuse, of course, might be a problem, but if I were an editor I would also write a shouty note if I discovered that my writers were routinely overusing pre-digital-age and perfectly grown-up words such as litotes and plinth.

The second part of Read’s sentence is, of course, a dig at rival gossip-slash-aggregator websites. But where did BuzzFeed learn its hypermodern slangy lingo? Why, from Gawker, which basically invented the style. According to Alice Gregory at the New Yorker, in fact, it was one particular Gawker writer, Choire Sicha, who now runs the excellent indie site the Awl. Sicha does not type “WTF” or “amazeballs” every two sentences, but he has certainly been known to use “OMG”. (There is a celebrated use of “OMG” in a 1917 letter by Lord Fisher to Churchill, but I’m not convinced it qualifies as an antedating.) In moderation, such usages – along with, say, the uptalking question mark? – can convey a winningly informal, addictive tone of voice.

Read’s note, then, is an example of stylistic status anxiety, which is in some contexts perfectly sensible. (Don’t write “LOL I is amazeballs” in a job application – unless, I suppose, you are applying for a job blogging at BuzzFeed.) Gawker wants to be taken seriously as a news organisation. To which model should its writers look? Why, that paragon of print, the Grey Lady herself, as Read explains to his staff. “Err on the side of the [New York] Times, not xoJane.”

It’s an interesting cultural moment: on the one hand, the self-appointed cyberhustler experts in the “future of news” spend their time mocking the fustiness of old media; on the other hand, a star online destination wants to sound more like one of its paper-based predecessors. Internet media companies are groping towards a model of respectability and maturity – but the only exemplars around are the ones they are trying to put out of business. (If they did put them out of business, of course, there would be nothing left to link snarkily to, but that’s a whole different topic.)

Naturally, it is the age-old prerogative of any editor-in-chief to turn his personal style preferences into absolute law. Arguably, this is even part of what gives a publication its particular personality. (That’s why we all love the New Yorker’s fanatical devotion to the diaeresis.)

Read ends his style note with a fatwa against the word “massive”, showing that at least he doesn’t mind the idiosyncratically informal use of sentence fragments for emphasis: “The word ‘massive’. Is never to appear on the website Gawker dot com.” In case his writers are wondering what word to use instead, he offers a “handy list of synonyms” that includes “huge”, “prodigious”, “elephantine” and the very adult Swiftian term “Brobdingnagian”.

Read doesn’t say what his writers should do if reporting on the discovery by astronomers of a super-massive black hole, because “super-ginormous” isn’t really a scientific term. I am guessing, actually, that he has fallen prey to the surprisingly widespread myth that “massive” properly means only something with great mass, ie something very heavy. Plenty of people become infuriated by its use to mean just “big”. In fact, “massive” has been used routinely to mean “large” for more than half a millennium. The OED says that the specific meaning of “having (great) mass” is an astronomical usage that dates only from the 20th century.

It is tempting, therefore, to call the ban not only an epic, but a massive, fail. But I would prefer to sound like a regular adult human being, so I will just point out soberly that – as so many stentorian denunciations of word usage do – it lacks all historical and etymological justification. And btw, dictionaries ftw?