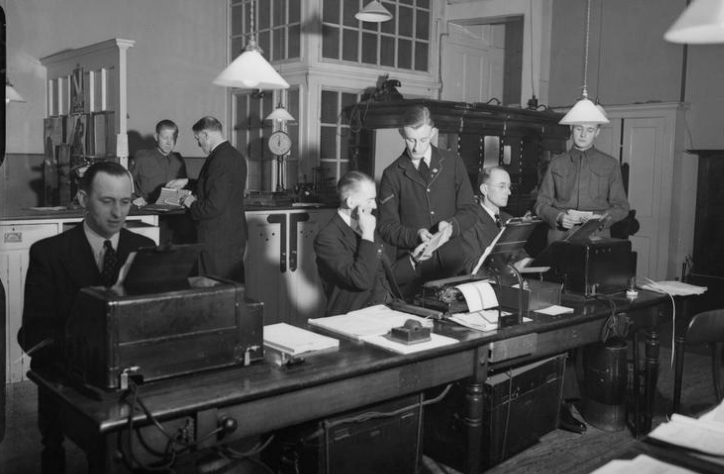 Emerging technologies have produced a profound transformation in global politics over the last two decades. To take one example, in June the United States launched a cyber attack on Iranian weapons systems in retaliation to Iran shooting down an American drone. The regularity of these kinds of attacks by our adversaries as well as our allies is just one way in which digital technology has reshaped the landscape for British foreign policy. But these changes also bring opportunities for the UK internationally.

Digital technology has the potential to make the work of British foreign policymakers significantly more efficient. Specifically, data capture and analysis has a role to play in demonstrating the value of diplomacy. The case for properly sustaining and protecting the Foreign Office’s funding would be far more convincing if the work of this department had a clearer quantifiable value. Across internationally facing government departments, there is work to be done on how effectively emerging technologies are employed.

There is much to be confident about when looking at how far Britain’s foreign policy architecture has digitalised. The 2016 Future FCO report criticised the Foreign Office for failing to take advantage of technological developments, but recent changes such as the creation of an Open Source Unit in the FCO and the widespread presence of diplomats on social media indicate it is opening to the digital sphere.

Nevertheless, the 2016 report revealed major and persistent issues. A point which stood out was the fact that the FCO lacked internal data on its own staffing numbers and skills, something which we know to still be the case as of last year. The real cost of inefficient processes is consequently unknown, problematising sound arguments for increasing and sustaining funding for the Foreign Office. If the FCO doesn’t even have sufficient data on its own staff to properly coordinate its work, the case for sustained funding starts to lose its sway.

More problems emerge when the FCO is compared to the Department for International Development. DFID’s digital strategy, praised by the Overseas Development Institute, has done well to capture how an effective development policy must now straddle digital and physical realities. The last FCO digital strategy was published in 2012 and the department plan only hints vaguely at what digital transformation means for its work, reflecting wider issues of ambiguity with single department plans.

Is this because it’s easier to digitise development than diplomacy? Data analysis can inform almost every aspect of a development project or humanitarian operation. Take the example of the Nexus Environmental Assessment Tool or NEAT+, a platform developed under the UN. It uses environmental data to quickly assemble an assessment of risks of this kind which aid can then use at a particular site. Is it possible, even desirable, for such kinds of analysis to be used by diplomats?

It would be wrong to suggest that the data analysis and wider emerging technologies employed in international development should simply be transplanted to the Foreign Office. A better approach would be to draw on the strengths of the technological changes implemented in different departments, using this as the basis for a cross-government digital strategy for British foreign policy.

Starting with skills, ‘data literacy’ as well as digital diplomacy should be pulled into the mainstream of civil servants with international portfolios. Having generalist over specialist streams established as the route to senior grades misses the opportunity for collaboration on digital issues at every level. Data literate civil servants with a bearing on foreign policy should have their skillset utilised across relevant departments, instead of improvements to data usage being siloed away. This builds on existing recommendations that the FCO should have open source data as a core skill by 2020 and use the Diplomatic Academy to improve ‘data literacy’, but shifts the emphasis to sharing skills across departments.

With data underpinning them, inter-departmental programmes should be at the heart of the digital strategy. This follows on from the 2016 report calling for programme-work as a central part of the FCO’s policy approach and placing Heads of Mission as leaders on country-specific programmes. DFID’s digital strategy focuses largely on intertwining current programmes with digital technology to improve value for money and performance. Using this principle, FCO and DFID alongside other relevant departments should develop collaborative programmes where it makes sense to.

Calls for revitalising the Foreign Office and British foreign policy usually focus on changing spending on, and attitudes towards, diplomacy. The recent BFPG report on FCO funding reveals how this has been continually cut down in recent decades to the detriment of Britain’s ability to punch above its weight on the world stage. Meanwhile, Tom Tugendhat, Chair of the Foreign Affairs Select Committee, has argued that the Foreign Office should be given strategic oversight of a budget for foreign policy. The debate is missing the digital angle.

British foreign policy needs an overarching strategy for digitally transforming how the UK conducts foreign affairs, just as has been promised across government. With linguistic ability and political expertise nevertheless remaining central to the skills of diplomats and foreign policymakers, mainstreaming digital and data skills would improve policymaking and interdepartmental collaboration. Data-driven programmes could allow departments like the FCO to better demonstrate their value for money and push for sustained funding. Instead of emerging technologies being treated as anomalous to the regular functions of foreign policy, departments should embrace them as a way to enhance Britain’s international capabilities.

The views expressed in this article are those of the author and do not reflect the views of the BFPG. The BFPG is an independent not for profit organisation that encourages constructive, informed and considered opinions without taking an institutional position on any issue.