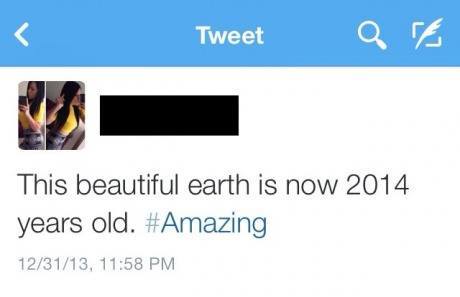 BBC News staff have been told by bosses: “Don’t do anything stupid” on social media in the wake of the row over a BBC News channel editor posting an anti-Ukip tweet.

Mary Hockaday, head of the BBC newsroom, sent an email to journalists on Thursday reminding them of the corporation’s “very clear social media guidance”.

The tweet was posted the day before the start of the local council and European elections. Lawrence subsequently deleted her account, but she was taken off the BBC’s election coverage, with the corporation saying it would launch an investigation into the affair.

Hockaday said: “Social media is now a vital part of our work, allowing us to get our journalism to new audiences, connect with people, and gather news as it happens.”

She reminded them of the BBC’s guidelines on social media, laid out on its website: “But the guidance is clear when it comes to personal activity: ‘As a BBC member of staff – and especially as someone who works in News – there are particular considerations to bear in mind. They can all be summarised as: ‘Don’t do anything stupid.'”

She went on: “I’d also specifically draw your attention to the following section: ‘You shouldn’t state your political preferences or say anything that compromises your impartiality. Don’t sound off about things in an openly partisan way. Don’t be seduced by the informality of social media into bringing the BBC into disrepute.'”

• To contact the MediaGuardian news desk email media@theguardian.com or phone 020 3353 3857. For all other inquiries please call the main Guardian switchboard on 020 3353 2000. If you are writing a comment for publication, please mark clearly “for publication”.