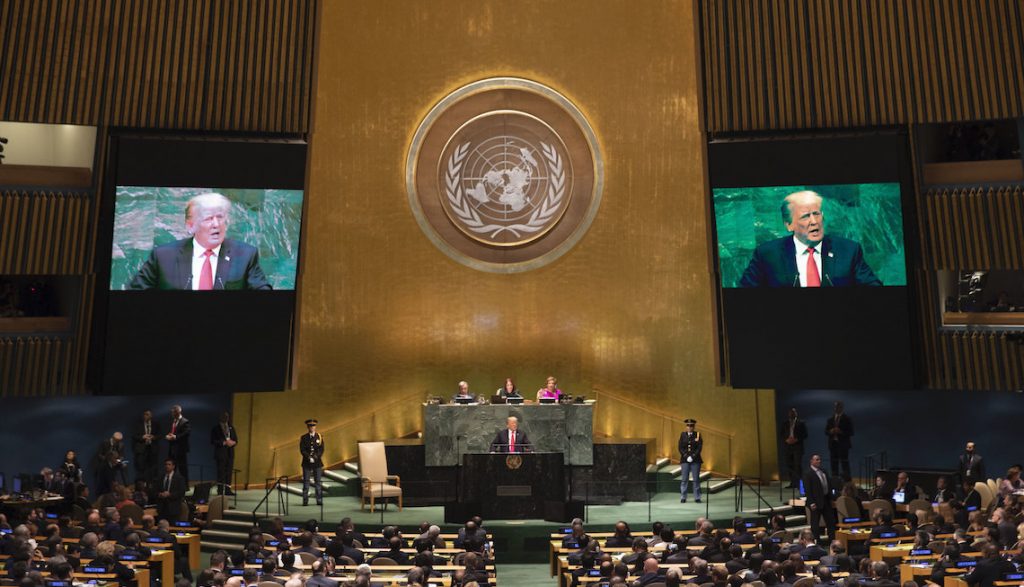 Former UN Secretary-General Dag Hammarskjöld famously said that: “The United Nations has been created not to take us to heaven, but to save us from hell.”

A pandemic, and the resulting economic crisis, does seem somewhat hellish. Yet the UN has been criticised greatly for failing to save nations from this fate – from the reaction of the World Health Organisation to the inaction of the UN Security Council to coordinate a response.

Tom Fletcher, a former senior diplomat and author of The Naked Diplomat, is a believer in the international system. But, as the UN celebrates its 75th birthday this year, he thinks it needs a substantial shakeup.

Overall, the international system has responded “very poorly” to the pandemic, Fletcher believes. Individual agencies such as the World Health Organisation and the UN High Commission on Refugees are “coping in very difficult situations without enough resources”, he notes, but the system for international coordination has failed.

This contrasts with the 2009 financial crisis, when Fletcher served as foreign policy advisor to the British Prime Minister. Then the G20 had an “extraordinary coordinated response” which “just hasn’t happened this time”, he adds.

The current UN system is also too complex, and needs a rethink. “There are too many UN agencies all overlapping. I think the bureaucracy of the UN – the people in the UN would agree with this by the way – is appalling”. So are the systems for promotion, he notes.

Fletcher believes the UN’s 75th anniversary is a good opportunity to reset its core values. He recently led a review for the Secretary General. UN officials should be equipped with far better technology, and its leaders need an improved understanding of technology itself, he says. “This isn’t just about having a new social media account and a new hashtag; it’s a much deeper appreciation of what technology is doing to society and politics.”

Former Obama CTO Megan Smith describes this as TQ, Fletcher notes, a “kind of tech savvy” that can help think in different ways about the challenges facing the world. There is a need for new forums where tech leaders can talk frankly with government officials. “Governments talk to tech like they’re some kind of naughty school kid,” he notes. But the problem goes both ways: “tech talks to government like it’s kind of an annoying uncle: ‘I’m trying to change the world here, just leave me alone, you guys are too slow’.”

That said, Fletcher believes there is a better answer than a single tech diplomat. ”We figured that when Rockefeller was the most powerful company in the world we didn’t send an ambassador to Rockefeller, but what we did was to really give resources and energy to our Consul General in San Francisco.” Foreign Ministries should learn this new language of tech, and understand the deeper issues, he says.

Diplomacy itself is of course rapidly digitising, but there are weaknesses emerging. “Peacemaking often requires human contact, it requires the handshake, at the end of the process. Much of that has fallen away”. This means in turn that work has slowed on less urgent but important issues like terrorism, climate change, and indeed preparation for the next pandemic, he says.

Online or not, diplomacy must be about bringing people together, Fletcher believes. Social media should be used to unite people and start conversations.“I’ve always had the three rules for social media: be authentic, be engaging and be purposeful”, he says, noting that New Zealand’s Jacinda Ardern has used it “amazingly effectively” to communicate with her population during the crisis.

In the East, countries have initially been more cautious about digital diplomacy, Fletcher says. But there’s been a shift with the rise of “wolf warrior diplomacy” from China, with diplomats defending national interests on social media, often in a confrontational manner.

On the Western front, he believes diplomats need to spend more time battling cynicism and rebuilding trust. “We actually need much stronger, more empathetic, strategic leadership to emerge… and I have to say at the moment we’re mainly seeing that with women leaders”, explains Fletcher.

By Medha Basu and Kankon Sen

Can the international system be fixed?