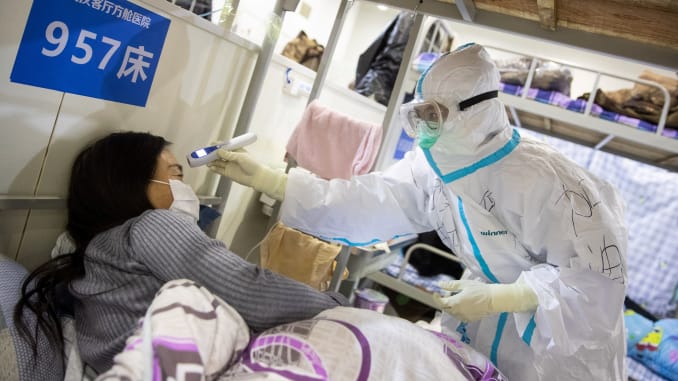 Last week I analyzed Corona-related tweets published by the European External Action Service (EEAS). This week I turned my attention to the European Commission. The Commission is, in essence, the governing body of the EU. It helps manage the EU’s external and internal affairs. The prolonged Brexit debate emphasized that while the UK viewed the EU as a financial alliance, other member states view it as much more. EU nations share certain values and wish to promote a shared vision of the world. The European Commission is one of the bodies tasked with realizing that vision. Yet is also a shared governing body, one meant to aid EU citizens and ensure their prosperity.

As part of my analysis, I examined all Corona-related tweets published by the Commission between March 1st and March 25th, 2020. My aim was to examine whether the Commission sprang into action early, or whether it too took a long time of understand the magnitude of the Corona outbreak. I also hoped to understand what topics were addressed by the Commission, whether it sought to communicate with EU citizens and if its tweets corresponded with prevalent media narratives. Notably, by March 1st the Corona virus was already making its way from Italy to Germany and Scandinavia.

The graph below displays the number of Corona-related tweets published by the Commission during March of 2020. Notably, until the 10th of March the Commission barley mentioned the Corona virus focusing instead on the issues of narrowing the pay gap between men and women, strengthening EU industries and taking measures to protect Greece’s borders. Tweets published between the 4th and 7th of March merely noted that the Commission created a task force to help fight the Corona outbreak while also launching a dedicated website. In one bizarre tweet from March 11th, the Commission sent it’s love to Italy. By this time, there were 10,149 Corona cases in Italy.

The graph below demonstrates that like many governments the Commission failed to address the Corona outbreak at an early stage. As the graph below demonstrates, during March 8th and 9th there were already thousands of Corona cases in Italy while news reports throughout the Continent dealt extensively with the collapse of the Italian health system. And yet, the Commission barley addressed the Italian situation or the Corona crisis in general. There was no promise of aid to Italy, no strategic plan for testing patients or even joint R&D projects that would search for a vaccine. On March 12th, the Commission published two Corona-related tweets while there were 15,113 cases in Italy.

When examining newspaper articles from across the world, certain news narratives are common. For instance, during the first stage of the Corona outbreak, news articles focused on the need to secure, or close national borders. Next, the news focused on the need to help citizens stranded abroad. As the scale of the Corona outbreak became more visible, articles called on leaders to address their nation and take extreme measures to curtail the virus. This was followed by a debate on the virus’s financial impact. Yet as the number of Corona victims grew, the news paid attention to the lack of medical equipment (e.g., ventilators) or protective gear for doctors (i.e., masks).

All of these topics were prevalent in the Commission’s tweets, as can be seen below. The majority of tweets dealt with teleconferences, or virtual meetings in which the Commission’s President met with the Corona task force, medical experts and world leaders. The second most prevalent topic dealt with medical equipment and the EU’s decision to ban the export of such equipment so as to come to the aid of EU members. The third and fourth most prevalent topics focused on economic aid and mass investments in R&D projects that may help test for, and cure, the Corona virus.

The ‘Staying Healthy’ category explained the virtue of social distancing. The next most prevalent category depicted the EU’s coordinated response to Corona be it through scientific or logistic collaborations. Among the least most prevalent categories were aid to Italy, the decision to close the EU’s borders, foreign aid received from China (e.g., masks) and EU wide efforts to help citizens stranded abroad. The U.S. was nowhere to be seen as might be expected in 2020.

The European project is in distress. The UK’s exit from the EU, the rise of populist governments that dream of closed borders and the mass migration from the Middle East all threaten the durability of the EU. In times of crisis, citizens turn their eyes to their governments. It is at this moment, that the EU could demonstrate its worth to Europeans. As a true union, the EU could combine efforts and resources and suggest innovative solutions that fit the needs of different member states. The Commission should use Twitter to demonstrate how the European dream comes to life in times of turmoil. Failure could strike yet another blow to an already faltering vision.