(What is ) Covert Propaganda 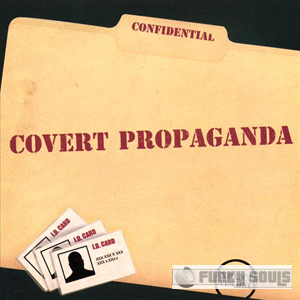 Covert propaganda refers to media materials prepared by a government agency and then disseminated by a non-government outlet with the source undisclosed.[1] What defines covert propaganda materials is that they are “misleading as to their origin.”[2] The source must be intentionally misleading, however, and not just due to administrative carelessness. The agency in question must desire that its authorship be obscured, and it must take steps to ensure that obscurity. “A critical element of covert propaganda,” reads a Government Accountability Office opinion, “is the concealment of the agency’s role in sponsoring such material.”[3] The prohibition also applies to communications prepared by private contractors at the behest of a government agency.[4] Covert propaganda does not include messages and materials published by government whistleblowers.[5]

One of the first adjudicated violations of the covert propaganda prohibition was the Small Business Administration’s (SBA) effort to distribute “suggested editorials” supporting SBA reorganization. Those editorials constituted covert propaganda because they were designed to masquerade in newspapers as the work of the paper’s editorial board.[10] A related but more serious infraction involved the Reagan administration’s Office of Public Diplomacy for Latin America (OPDL), which had paid journalists and academics to write articles criticizing the Nicaraguan government and supporting the administration’s foreign policy in Latin America.[11] These articles were published without disclosures of the authors’ government contracts.[12] For example, OPDL officials arranged for a university professor, who was also on the OPDL payroll, to publish a newspaper editorial supporting Reagan’s Central America policy without informing either the readers or the newspaper.[13] The GAO made an official finding of covert propaganda but did not seek recovery of the improperly expended funds.[14] Instead, it referred the matter to the State Department,[15] which took no public action.[16]

More recently, the GAP investigated a contract between the Department of Health and Human Services and columnist Maggie Gallagher for services related to President Bush’s Healthy Marriage Initiative, for which she was paid $21,500.[17] Gallagher published several articles praising the initiative without disclosing the relationship, but the available employment documents presented no evidence that these articles were part of the HHS contract or that she was compensated for them.[18] The GAO therefore found that no covert-propaganda violation had occurred.[19]

An example of an editorial contract in which covert propaganda was disseminated was that between columnist Armstrong Williams and the Department of Education (DOE). Williams had approached the DOE in March 2003 and proposed to write supportive commentary on the No Child Left Behind Act in exchange for cash. He even agreed to “accept significantly less for his services than he would normally charge” because he already supported the legislation.[20] The contract was consummated, and DOE documents indicate that Williams performed 169 promotional activities over a 12-month period.[21] Williams, who received about $241,000 in compensation for the service, did not disclose to readers his relationship with DOE.[22] The GAO opinion also notes that, because the contract with Williams was unlawful, DOE violated the Antideficiency Act’s prohibition on expenditures in excess of available budget authority.[23]