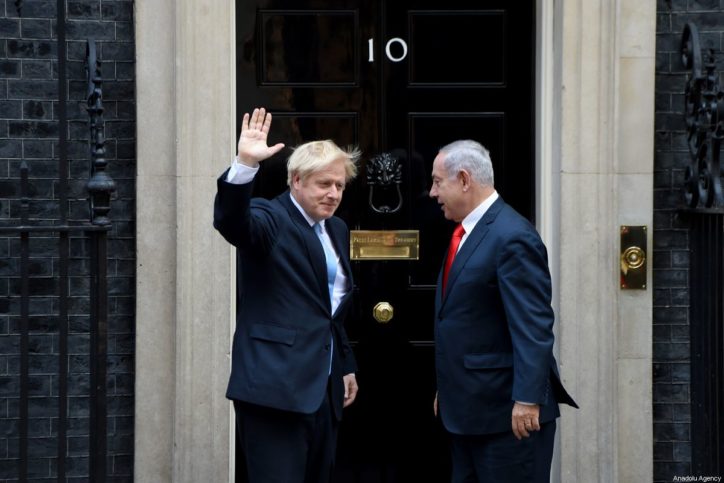 COVID-19 touches on every aspect of geopolitics, and every unresolved tension of international relations is being ruthlessly exposed to the light of day. While many defence forces are being called upon for domestic responsibilities, the centrality of soft power in this crisis cannot be in dispute. This great test of international cooperation has revealed some harsh truths about the fragility of global alliances – particularly in the West. And the asymmetrical nature of the spread of the disease, and the national responses to seek to contain it, compels varied risks and opportunities for international reputations.

As its origin and former epicentre, China found itself on the frontline of the battle in January and February. Across the world, governments and their citizens looked on with horror as the extent of its efforts to suppress and conceal the spread of the disease became apparent. Recognising that even the full weight of its authoritarian state was unable to eradicate the coronavirus, China leveraged its astonishing centralised capacities to their limits in order to fight the disease – ruthlessly locking down millions of its people under armed guard, constructing new hospitals from scratch in a matter of days, and converting its factories to produce war-time levels of equipment.

China’s authoritarian nature undoubtedly was instrumental in propagating the scale of its national struggle, and enabling it to spread across the world with such drastic consequences. Yet, the uncompromising and autocratic manner in which it was able to mobilise to address the COVID-19 challenge, appears to have enabled China to free itself from the first phase of its proliferation.

Today, it seeks to harness its alleged recovery as the basis of an aggressive public relations campaign – positioning itself as the benevolent actor providing much-needed supplies to virus hotspots like Italy, housing an extremely precarious political environment. As it sends cargo planes of protective equipment to desperate medical staff, China’s clear intention is to undermine the hegemony of the European Union, and try to build friendly relationships on the ground amongst member states – which might come in handy down the track when controversial investment and infrastructure decisions such as Huawei come back on the table.

At the same time, China is also now actively peddling conspiracy theories to blame the United States for the spread of the virus. Although it could be said that the United States Government doesn’t need any assistance in projecting negative PR regarding its handling of the coronavirus – with its toxic combination of partisan polarisation, rampant misinformation and the undermining of its institutions coming home to roost. Coronavirus leaves nowhere to hide, and it appears to cut so cleanly to the heart of national weaknesses – and of course, the deplorably unequal access to healthcare in the United States has long singled it out amongst advanced Western nations. It is difficult to imagine that a crisis of this nature, with this President, at this moment in the nation’s history, could ever have provided a platform to ‘win hearts and minds’.

While COVID-19 has pushed governments to the ceilings of their capacities, there are a number of examples of national responses that may provide a soft power advantage in the wash-up. After a slow start, Germany was able to spring into action – mobilising their strengths in manufacturing, the integration of their supply chains, and their considerable medical capabilities, and prioritising a widespread programme of testing. Their competence has enabled them, after some initial hesitation, to also provide support to neighbouring EU member states, providing equipment and housing vulnerable patients.

While the situation in France appears to be considerably more severe, President Macron too has successfully flexed the muscles of the state to provide an extraordinary degree of economic and social support to citizens. Recognising the delicate social fabric in France, and the disruptive power of forces on both the far-left and the far-right, Macron has taken a firm hand to the crisis and tried to be ‘ahead of the curve’. He has succeeded in projecting a statesman-like image to the nation, with record viewings of his regular televised briefings, and may well emerge from this crisis in a stronger position.

Turning to our own soft power challenge, it is clear that our decision in the early stages of the spread of the coronavirus in Europe to pursue a more ‘relaxed’, perhaps Anglo-Saxon, approach, undermined our international reputation. Coupled with the perception that we ‘squandered’ the opportunity to up-surge our NHS capacity, and our inexplicable incapacity to effectively and quickly repatriate our stranded citizens, it is fair to say that the UK did not begin this crisis in a position of soft power strength. This is unfortunate, because some of the most compelling aspects of our soft power – in particular, our strengths in governance, administration, and diplomacy – could, and should, have proven areas of leadership. More broadly, there was an opportunity to truly demonstrate our commitment to the Global Britain project, by seeking to play a role as a mediator in the West in coordinating a more collaborative response.

After some initial reluctance and delay, the UK Government appears to have rapidly shifted towards a more proactive approach and is throwing the full breadth and depth of its tools at this crisis. Its economic and social offering to the British people is truly world-leading, and the success of its messaging is evident in the astonishing number of Britons returning from retirement to the health service, and taking up volunteer positions to help with the social burden. We can see the fruits of these labours in the considerably more positive coverage Britain is receiving in the international press, with others now seeking to emulate our policies and the community spirit on show – which appear to speak to something essential about the British character.

It can be difficult to think beyond the weeds of this drastic situation, but we will eventually move into another phase – and the geopolitical implications of the decisions we take in the darkest moments will begin to take hold. If the UK is able to position ourselves as being active global citizens, sharing our world-leading scientific and medical technology with the world, and also helping to coordinate a recovery response that promotes openness and connectivity, then we can emerge from this crisis with a glowing report card.