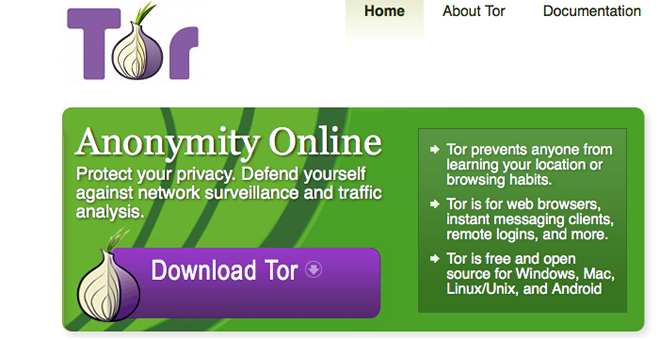 Search engines like Google and Yahoo only access 4% of the entire Internet. The other 96% is made up of the “dark web,” or “deep web,” a vast online space commonly favored by mass hackers and smugglers. So how exactly does the dark web work? And why is Facebook currently tapping into it?

Last week, Facebook announced that users will be able to access the social network through Tor, a popular privacy-protecting program. This is a bit of a big deal for the tech world as Facebook is the first major tech company to step out into the so-called “dark web” and provide a way for users to use the website while also protecting their private location information.

How does Tor work?

Tor (short for “the onion router”) was started in 2002 as an open-source software program designed to protect a user’s privacy on the web. Tor accomplishes this by directing a person’s web traffic through a worldwide network of servers safely and anonymously. By going through these various servers, Tor adds extra layers of encryption that makes it more challenging for anyone who may be monitoring web traffic activity to pinpoint where it started.

Yes, but they regularly encountered challenges. Non-Tor users send their location and IP info from one steady source. This isn’t the case when using Tor, which regularly changes your IP info to maintain privacy. A Facebook user using Tor may login via a server in Sydney, but minutes later that may change to a server coming from Berlin, then Tokyo, and so on. Facebook servers flag this kind of activity as dangerous as this kind of behavior can come from a compromised account or malicious attack. Now, Tor users will have a direct connection to Facebook’s servers, which will recognize it as a legitimate user.

Tor is part of the dark web-that sounds shady and dangerous, right?

As recently as last week, Tor users made headlines in a less than positive light as the FBI made seizures and arrests in three underground online drug markets. However, such illegal activity does not represent Tor users as a whole. The software is very popular for people living with strict Internet restrictions such as Iran and China. Activists all over the world use Tor as a resource to protect their location, identity, and IP information from authorities who may be monitoring their activity. In the case of Facebook, the user’s location would be the main piece of info that gets obscured-the social network still requires people use their legitimate names.

As Facebook continues to roll out this service, it’s worth keeping an eye on other major tech companies to see if any follow suit. This is a big step for the mainstream tech industry-reaching out to users who value privacy in a direct way.

“Tor is free software and an open network that helps you defend against traffic analysis, a form of network surveillance that threatens personal freedom and privacy, confidential business activities and relationships, and state security.”

“The average computer user with an Internet connection has access to an amazing wealth of information. But there’s also an entire world that’s invisible to your standard Web browser…”

7 Things You Should Know About Tor
https://www.eff.org/deeplinks/2014/07/7-things-you-should-know-about-tor

What Is Facebook’s Tor ‘Hidden Service?’ Why Does It Matter?
http://wallstcheatsheet.com/technology/what-is-facebooks-tor-hidden-service-why-does-it-matter.html/?a=viewall