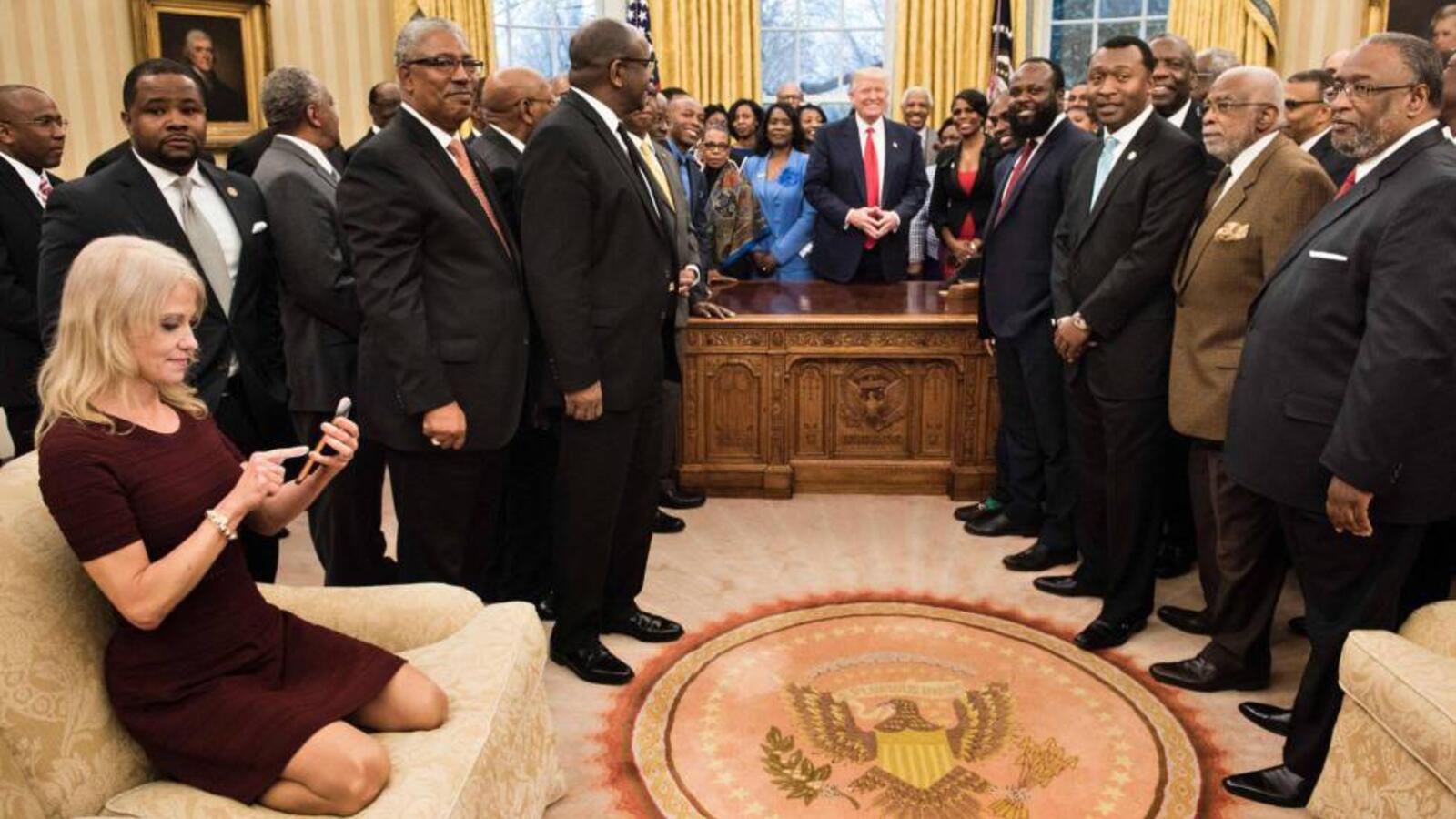 For observers of world politics, Twitter is no longer a place to switch off. Politicians are increasingly foraying into social media, even onto more casual platforms for engagement such as Instagram. But Twitter is where statements that need to get out quickly are made. It is where debate is at its most vicious, and most reductive.

The rise of Twitter politics has been accompanied by a wave of anxieties. Social media is, we fear, ruining politics, killing our ability to talk to each other, and reducing the nuances of politics to a couple of hundred characters. There may be a lot of truth in that, and there is also evidence to the contrary.

But an easier measure of what Twitter does to politics is how it affects world leaders. There is a certain type of leader that can play the social media game as it was originally envisaged – as an amplifying voice against the traditional centres of power. To put it another way, the indicator of whether a leader is going to profit from social media is less to do with left or right, than it is to do with whether they are a political outsider or insider. But whether this is good for the populations they lead is a different question altogether.

Dr Darren Lilleker, a lecturer and researcher in political communication at the University of Bournemouth, noted that many politicians play it safe on social media. However, the net result can be extremely simplified political discourse, to the point that it is barely discourse at all. Speaking to Al Bawaba, he said:

“Twitter has embedded the notion that policy must be communicated in short soundbites. Policy announcements offer a very short, accessible explanation or statement of intent. For example, this tweet from the account of UK Prime Minister Theresa May makes a statement that most would agree with and highlights an issue most are aware of. It simply says ‘we must take action’. It does not say who ‘we’ is – the people, government, nation or the world. It also does not say what action. Any critique of this tweet must also adhere to the 140 to 280 character rule, so no serious discourse can occur on the platform.”

Yet in the social media game, it increasingly looks as if Theresa May’s style of tweeting represents the old guard. The politicians who dominate the headlines, and also bypass them, are the ones that get results. No one knows this better than Donald Trump. Policy traditionalists tend to see diplomacy as a fragile theatre, in which everyone must play their role to keep things running. And in many of their eyes, Trump’s Twitter feed is a liability, and only serves to illustrate the President’s erratic mind and unfitness for the job. But Trump’s electoral appeal lay precisely in this shattering of political etiquette. And the tactics he employed in the election still serve his own interests. Dr. Lilleker continued:

“Whether Trump has a strategy on Twitter or not is unknown, but what he does works. His message goes out, unfiltered, unscripted and immediately and has impact. More often it is less positive, but it does have impact around the world. Trump is the sort of president that suits a nation where Hollywood blockbusters feature no-nonsense, straight talking heroes that shoot first and ask questions later. He performs his diplomacy in public to have impact, capture headlines and demonstrate that he is ‘on the case’. Most world leaders never differ from official statements and produce fairly anodyne communication that reinforces official statements. Trump is an outlier and for him there is a difference.”

Trump’s testy relationship with the media is well-known, and his Twitter activity was accordingly described in The Atlantic as a form of “asymmetric warfare” on the media. His tweets are news of their own. And in prolifically firing them off, he not only overrides the media itself by directly reaching his base, but he also stretches their resources for news coverage.

The term “digital diplomacy”, which describes how information and social media are becoming incorporated into diplomatic strategies, is going to be an important one in 21 century political analysis. But whether the word “diplomacy” can be used to discuss Trump is a fraught question. Certainly Trump’s tweeting has needlessly rankled countries that were otherwise staunch allies.

The UK is a case in point. His repeated attacks on the Mayor of London Sadiq Khan, and his retweeting of the extreme right group Britain First’s tweets, (one of whose supporters was convicted of the murder of a British MP) infuriated swathes of the British public. Without any apparent gain other than entertaining his partisan support base, Trump stoked resentment against him in the UK, and has yet to visit London as President, possibly because of the certainty of being met by protests.

However, the view of Trump’s tweets is different in Seoul. Many western analysts clenched their teeth every time Trump insulted and threatened North Korean leader Kim Jong-Un on Twitter in 2017, with widespread fears that the rhetoric would push us to the brink of nuclear war. Yet in January 2018, South Korean President Moon Jae-in credited Trump for putting very public pressure on North Korea, saying that it had helped bring about a new phase of dialogue between Seoul and Pyongyang. It seems that however history will ultimately judge Trump, Twitter will be a deciding influence in his conduct. He embraced the platform’s power from the get-go, and shows no signs of slowing down.

From foe to supporter

World leaders who are late adopters of social media seem to be more frustrated by its drawbacks, and none more so than Turkish President Recep Tayyip Erdogan. Up until 2015, Erdogan loathed social media. During the Gezi Park protests of 2013 he compared it to “a knife in the hands of a murderer”. Eventually he relented and a Twitter account was set up in his name.

But whilst he now appears to relish in the reach it gives him, and the opportunity to shape his public image, he is infuriated by others’ ability to use social media to do the same. He has attempted legal action against a number of social media users who have posted insulting images of him online – most recently against a Dutch cartoonist who drew an image of Erdogan having sex with the blue bird that is Twitter’s logo.

Erdogan seems determined to have the best of both worlds on social media. During the attempted coup in July 2016, all social media sites in Turkey were blocked for two hours. It seemed that these two hours was to allow Erdogan to get ready for a social media offensive. The moment the block ended, messages filtered through every social media platform, telling citizens to take to the streets and resist the coup. Yet despite its periodic advantages for him, Erdogan’s predominant strategy is one of restricting critical expression on social media as far as possible, resulting in many Turks having to go to elaborate lengths to escape these measures, or simply self-censor.

Whether Twitter will help or hurt today’s heads of state really depends on what kind of leader they are. The ones ready to play political hardball will be the real winners, for it is they who can claim to find both a problem and a solution in a few hundred characters. But if this process simplifies our political discourse to a few lines at a time, then those leaders may be the only ones who win.