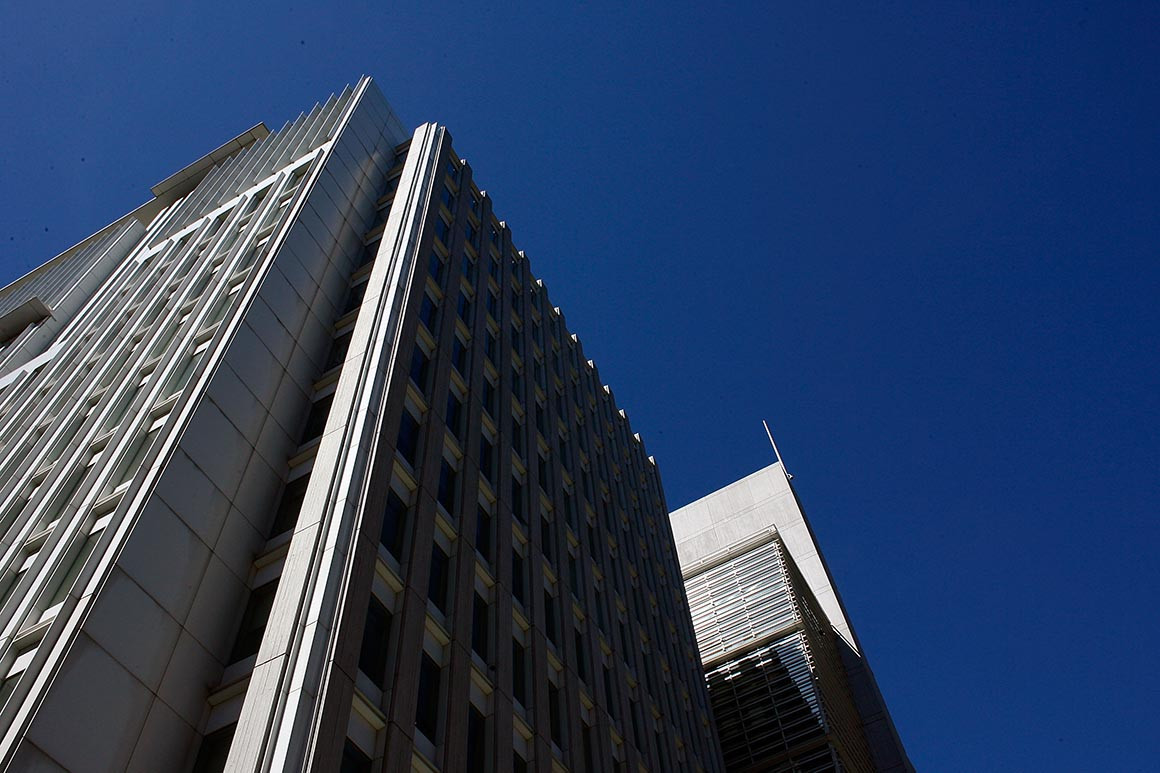 “Operating online is not real diplomacy,” one veteran ambassador says.

Spare a thought for the world’s diplomatic elite: They’re prowling around Zoom like caged animals, deprived of their most potent tool — personal contact — right as the world is looking to them to coordinate the response to a crippling pandemic.

Ambassadors normally mix in a world of corridor chats and embassy cocktail parties, building trust and confidence over meals and trading favors over amendments to resolutions and legislation. But that rarified world is over, replaced by an endless series of video conferences that take longer and produce less.

This week alone, the G-7, G-20, International Monetary Fund and World Bank have all convened teleconferences in place of in-person gatherings.

At the United Nations Security Council, the apex of global diplomacy, one sitting ambassador says the problems are already piling up. “It took three weeks to get a Security Council meeting on coronavirus. If it hadn’t been online it could have happened much, much earlier,” Estonian Ambassador Sven Jürgenson told POLITICO.

When it comes to high-stakes diplomacy, “WhatsApp chats can’t replace the corridor diplomacy for getting consensus,” Jürgenson said.

As the Security Council moved its work online last month, Russia initially opposed — and therefore prevented — the group from taking official decisions. The eventual workaround is “a crazy system of sending signed letters by email to vote instead of raising our hands online,” Jürgenson said. POLITICO reached out to Russia’s mission to the U.N. for comment.

“The reason you send diplomats out to foreign capitals is to engage personally and share confidences and confidential assessments,“ Mirpuri said. Building and acting on trust is “about the cues and nuances,” that aren’t available online, he said. “You can reach a much wider audience [when on video], but you can’t get to that next stage of diplomacy.”

After eight years on the Washington diplomatic circuit, Mirpuri says he can cope with pandemic interruptions, but worries for newcomer counterparts: “A new person can’t broaden their contacts.”

One of those newcomer ambassadors in Washington is Austria’s Martin Weiss, who arrived in November 2019. Weiss said that in a time of travel restrictions, video tools have helped him figure out “how our Austrians are doing in California, and who’s currently on a cruiseship and where.” But the benefits stop when the discussions get complex.

“You have a very different group-dynamic on a video platform. There isn’t the same pressure to compromise you would experience if you were in the same room. It’s easier to hide behind your own screen,” Weiss said.

For diplomats from some of the world’s far-flung and poorer countries, virtual conferences have been a lifeline in climate negotiations for more than a decade. But Zoom diplomacy can be just another dividing line between the haves and have-nots: Countries that can’t If your country lacks the funds for elaborate system of embassies or diplomatic travel are likely to have subpar broadband and 5G connections, too.

During a recent virtual meeting of the Warsaw International Mechanism — a U.N. climate initiative — a Sudanese representative was unable to participate because of low bandwidth.

The security of videoconferencing systems is another headache for countries, rich and poor. Zoom has faced a backlash over its privacy standards, prompting warnings against its use from organizations as diverse as the German foreign ministry, U.S. Senate and Taiwanese government.

For some governments, the security issues have been of their own making. Early on in the coronavirus crisis, U.K. Prime Minister Boris Johnson posted a screenshot of “the first ever digital Cabinet” on Twitter, revealing the Zoom meeting ID was 539-544-323.

Julia Reda, a former member of the European Parliament who now works for GFF, a German digital freedom NGO, recommends leaders use Nextcloud or Jitsi, “if you want the content of the conversation to be confidential.” The European Union’s Data Protection Supervisor team uses WebEx and Jabber.

When it comes to technical headaches, the European Union may have the biggest diplomatic challenge of all: shifting thousands of meetings in 24 languages online in a given week.

Deprived of monthly summer camp-style trips for plenary meetings in Strasbourg, France, the European Parliament’s 705 members are using Interactio, a system for multilingual meetings. Up to 1,000 people may participate in up to four parallel meetings said Jaume Duch, the Parliament’s spokesperson.