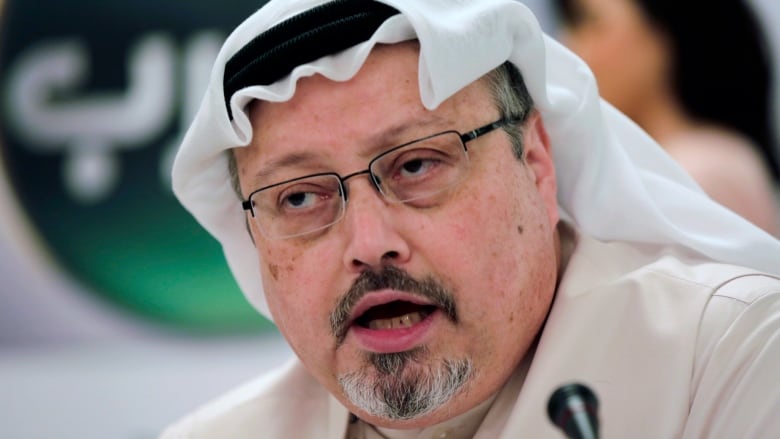 Arabs need to read in their own language so they can understand and discuss the various aspects and complications of democracy in the United States and the West. If an Egyptian reads an article exposing the actual cost of a construction project in Washington, then he or she would be able to better understand the implications of similar projects in his or her community. The Arab world needs a modern version of the old transnational media so citizens can be informed about global events. More important, we need to provide a platform for Arab voices. We suffer from poverty, mismanagement and poor education. Through the creation of an independent international forum, isolated from the influence of nationalist governments spreading hate through propaganda, ordinary people in the Arab world would be able to address the structural problems their societies face.

Jamal Khashoggi: What the Arab world needs most is free expression

This is a compilation of news, articles, essays, and reports on strategic communications, Public Diplomacy, public affairs, U.S. and foreign government international broadcasting, and information operations.  The editorial intent is to:

Public Diplomacy professionals always need a 360-degree view of how ideas are expressed, flow, and gain influence.  Many points of view citied here are contentious, partisan, and/or biased; inclusion does not imply endorsement.

Saudis’ Image Makers: A Troll Army and a Twitter Insider

Informal diplomacy has a long history

Jamal Khashoggi: What the Arab world needs most is free expression

Army gears up for info warfare

How to Defend Against Foreign Influence Campaigns: Lessons From Counter-Terrorism

This new technology could send American politics into a tailspin

Disinformation on Steroids: The Threat of Deep Fakes

I fell for Facebook fake news. Here’s why millions of you did, too.

What is Elizabeth Warren?

No confirmation yet of the Chinese supply-chain seeding campaign.

Decoding the bombshell story for China

Review of Cyber Mercenaries: The State, Hackers, and Power, by Tim Maurer

Cyber Defense Urgent In the Wake of Natural Disasters

History and the Politics of History in the Post-Communist Space

Inside the Saudis’ Washington influence machine: How the kingdom gained power through fierce lobbying and charm offensives

Want to feel unique? Believe in the reptile people

There is no middle ground for deep disagreements about facts

The Myth of the modernizing dictator

No longer welcome: how, under Trump, the American dream is now out of reach for Chinese immigrants

The left needs its own story of American greatness

How to Become a Stateless Nationalist

Putin Lives in a World Without Rules

Assessment of Current Efforts to Fight the Islamic State