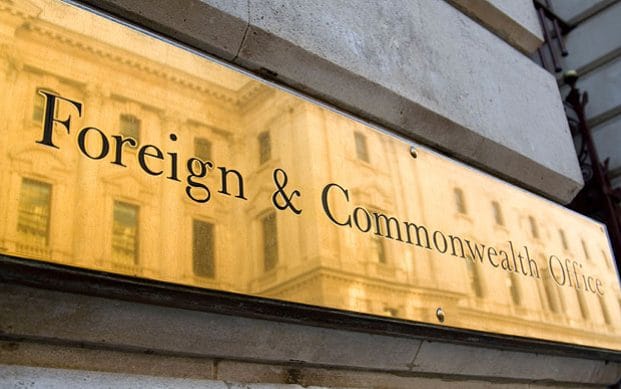 For centuries, the skills of British diplomats have been the envy of the world, with discussions about their strategies and tactics taking place behind closed doors.

But now the Foreign and Commonwealth Office (FCO) will for the first time publish its training course online so that any member of the public can learn the art of diplomacy.

The induction course, titled Diplomacy in the 21st century, teaches valuable lessons such as think carefully about turning down a meeting with someone, even if they seem “boring” and “unimportant”, because they may be the country’s future leader.

Those who enroll on the free online course will also learn diplomatic tradecraft such as protocol and networking, as well as “digital diplomacy” and useful social media tools.

Martin Bell, deputy director at the FCO’s diplomatic academy, is featured on the course’s introductory video saying: “My two tips on networking would be around never forgetting that you might have a revolution in your country tomorrow.

“So the person who wants to see you today, who seems very unimportant and perhaps even boring, might become incredibly important tomorrow.”

The course, developed in partnership with the Open University, will form part of the induction to the Foreign Office that is given to all new employees at embassies around the world.

It will be available on the online learning platform FutureLearn on Monday for eight weeks for free, and users will need to pay £62 to access it after this.

The course is primarily aimed at people who are considering a career in the foreign office, people who work in thinktanks or other global organisations, or academics who specialise in diplomatic studies.

But Jonathan Marshall, head of learning at the FCO, said that some of the skills that the course teaches will be useful for any profession or as general life skills.

“Not many people need to know about the Vienna Convention on international relations to go down to the shops. But networking and communication are useful skills,” Mr Marshall told The Telegraph.

He added that like the recent BBC documentary, Inside the Foreign Office, the online course is aimed at “demystifying” the Foreign Office and encouraging people who might not normally think about applying to do so.

“We have outreach campaigns to try and improve the diversity of people looking to the Foreign Office for a career. We have a strong desire to get the diversity up,” he said.

Mr Marshall said that when the Foreign Office ran a pilot last autumn, there was a lot of interest from diplomats from other countries, as well as academics of international relations and their students.

He said explained that diplomats from other countries taking the course does not jeopardise the Foreign Office’s mission in any way, adding that the syllabus was specially produced by the FCO in the knowledge that it will all be publicly available.

The amount of training material that is published online is just a “toe in the water, maybe a bit more” but it is not “shoving it all into the public domain in one go”, he said. Mr Marshall added: “It’s a small percentage even of the induction, you have to assume everyone everywhere can see it. You produce it with that in mind.”